I had ridden many times the Universal Studios Jaws the Ride and it was one of my favorites despite never having the chance to see any of the movies. There are many classic movies I’ve never seen but what stops me for a few of them is when there are many sequels and despite the following movies aren’t classics, knowing they’re in continuity makes me want to want to watch the whole franchise and if it’s not easily available I just put it on my to do list again. The Jaws films are exactly that but it was time there’s no better summer thing to do than to got to Aminity Island and see how well the series did in this quadrology, so let’s do this now.

The movie that started the summer blockbuster by Steven Speilberg shows why it’s a classic, it is just paced so well that there aren’t many things happening in the movie in terms of action but suspense is built so well that it is never necessary. We get to know the characters, the motivations for them, the setting and the threat. The setting on the beach and then on the small boat is the perfect setting for the final act. You can tell it’s just from another time but that is what makes it a great movie., in establishing the setting, the nostalgic feel the movie has. A nice fourth of July movie that we can’t complain about. Martin Brody is the every man in this movie and we see his family which is important since they become a big aspect in the sequels.

We get the sequel and it’s definitely different which is good and bad, this time the movie is set up more like a horror movie. The shark is now acting more like a killer the entire movie, getting scarred by flames but continuing to want to kill. Plenty of jump scares that are more in line with the horror genre. It’s just as long as the original but it doesn’t have as much tension building up and it’s a bit boring in parts because of it. The shark gets pretty ridiculous not only in size but also actively attacking where the people are even if on boats or even a god damn helicopter which he sinks. At least he story makes sense somewhat, downgrade but toasted by electricity shark makes up for it.

For the third film the Shark attacks SeaWorld it’s in 3D, like Jurassic Park we have the animals taking control, well two. We have the fake great white shark and the real big one. You can tell which shots were done for 3D and that’s perfectly fine and neat in a way, doesn’t feel out of place. It’s the only one I remember watching as a kid, the plot is really slow and long and the fact that they’re in seaworld of all places isn’t fully utilized. The Brody siblings are here but not their father from the first two Martin Brody. It’s not a very scary movie, doesn’t have a lot of tension either. The sea world setting keeps the movie fresh but the story isn’t the best and neither is the suspense. I guess a better comparison is an 80s version of Jurassic World since the park is open here, less casualties though but in 3D and it’s ridiculous and that’s at least great.

Jaws 4 in a way is more of a sequel than the other movies in terms as to why these things keep happening to the Brody family, it at least tries to make sense. Sean Brody dies from a shark attack and his father Martin from a heart attack which is said to have been because his fear for another attack. A bit of a stretch but better than killing him off-screen. Ellen, his wife is now traumatized thinking her family is being hunted down and fears for her son michael and grandchildren. I’m already more interested than the previous ones, less fantastic in a way than the prior two movies, there’s more of a thriller aspect here again. Taking place in Christmas I’m unsure why it’s so hated, it’s no worse than the previous sequels and in a way helps explain that this universe just has giant killer sharks. Michael Caine has a good role in the movie as well. 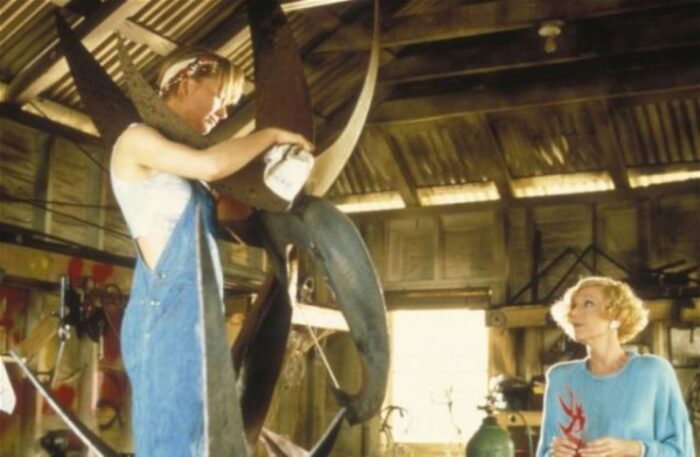 We have a nice movie franchise here that is underrated with a classic first movie and a few unnecessary but fun enough sequels. The score by John Williams is great and it’s interesting following the Brody family through out all 4 films. Perhaps entirely new characters should’ve been used for the sequels but I do feel they at the very least went with some type of legitimate explanation to the events. I would totally watch a Jaws 19, I’m guessing it would be the Brody’s great grand kids by then. 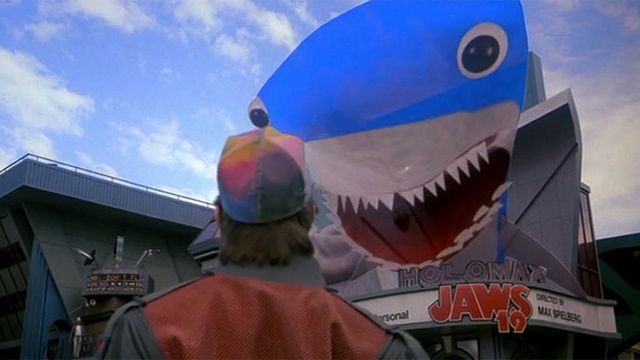 Not sure how they would release 15 more movies between the 80s and 2010s but that’snot important now. We have tons of shark movies that will never be as awesome as the great white shark featured in this movie, well or family if we want to get technical that they are huge and hate humans and the Brody family. Not going to watch any more shark horror films.

Enjoy your summer, well X-mas in the beach as well and be aware there are killer sharks and apply all you learned on Shark Week.