It’s been two decades since the WWF nailed WCW and got rid of WCW right after done with everything they wanted to do. With that said we’ve taken a look at Pro-Wrestling Waifus before but in honor of World Championship Wrestling’s death anniversary we’ll be taken a look at the best or hottest and most entertaining WCW women, wrestlers or whatever that they had in the late 90s. Despite WCW Nitro and Thunder not being the main source for stunning women, they had plenty to fill this list out.

Kimberly Page
Ex-Wife of Diamond Dallas Page, she helped form the Nitro Girls and valet of DDP among others, she might not have been a wrestler but she was definitely a part of the stables nad storylines. She made it on Playboy and Iron Man magazines because of being both attractive and athletic. While not an active wrestler so to speak, she still got in the ring plenty of times. Kimberly Page just had that I’m a b-tch attitude and it worked well for her angles. I’m not going to lie but plenty of her magazine outings helped me get through those early teenage years. 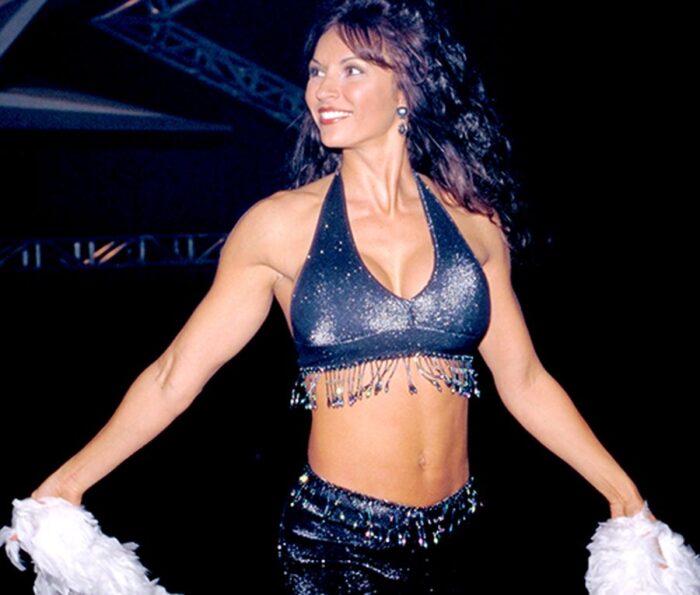 Daffney
Shannon Spruill aka the scream queen benefitted from having a crazy goth gimmick, it really set her apart from more traditional attractive women while still appealing to the ones who are into that which brings her to this list. Rocking the Harley Quinn look before it was cool with a Marilyn Manson twist. She didn’t need to be part of the Nitro Girls, she had wrestling abilities to merge with her gimmick for fun storylines that sadly were never used to the fullest that she could’ve. Hell even her non-standard look could’ve made a great WCW Credit Card 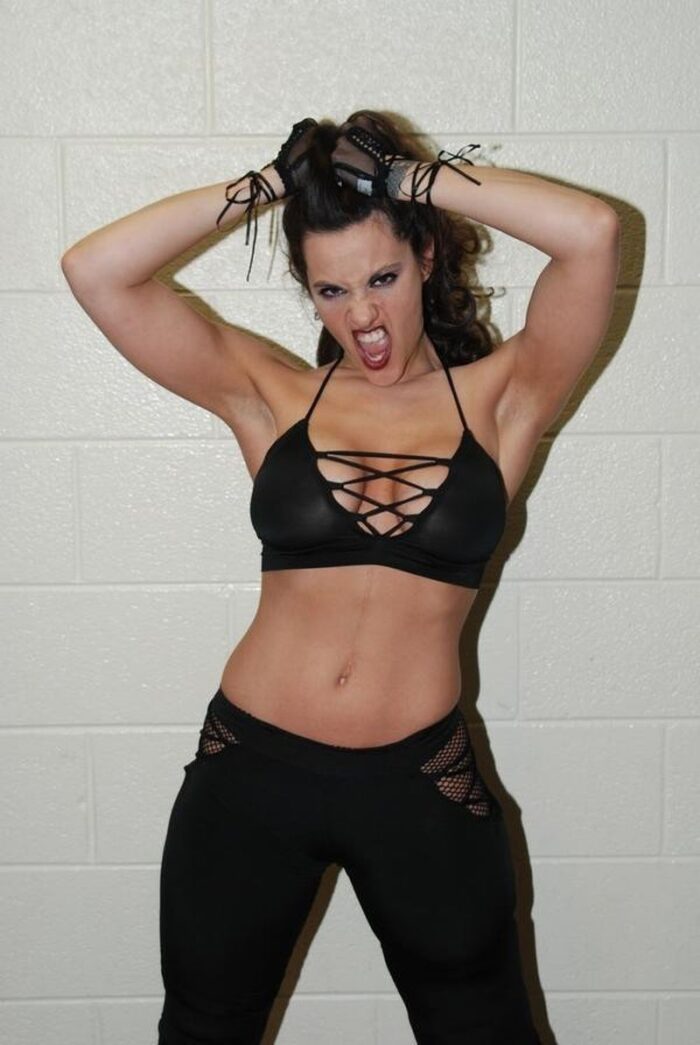 Starting as Skye in the Nitro Girls, she eventually became Miss Hancock who had the gimmick of walking to the ring as a secretary type before starting to strip and costing many wrestlers their matches. Not only was she attractive, the whole look that she went with for a more professional girl who gets wild really worked and set her apart. Counting she is one of the more successful women of wrestling after she left for greener pastures. Perhaps couldn’t work a match while in WCW but that was not what she was hired for and she did her job well and I wonder what would’ve been her role had WCW continued. 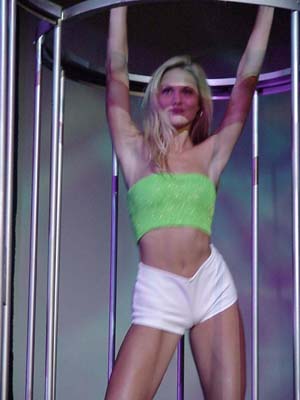 While having made a name in the WWF as Alundra Blayze, she really was a WCW star, she was skilled in the ring and had plenty of charisma so it’s a shame that she had no one to have a match with, at least a more technical one but perhaps she was just at the wrong time of the industry. Great wrestler who trained others that was also still able to look hot and have style with it. Her all american flag outfits she had and Monster Truck driving got you to notice her as a tough SOB. 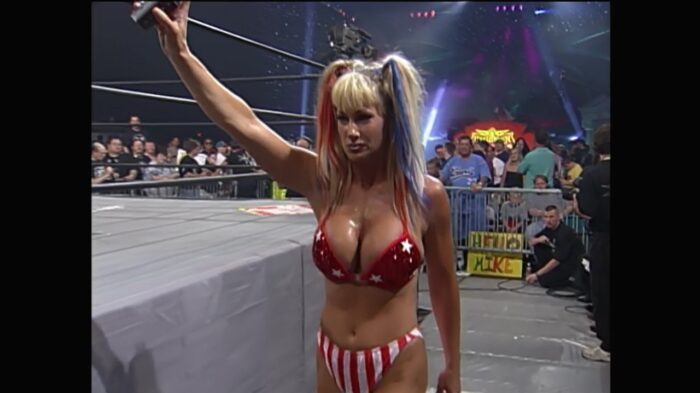 Torrie wasn’t in WCW for a long time, only joining near the end but she definitely felt like an employee of WCW, any time she was in WWE she just felt from another era. She blended with the final days of WCW well being a valet and one that didn’t start as a Nitro Girl, she had some matches and played her role well. If WCW had continued you can be she would’ve continued to become a big part of WCW of the next few years. 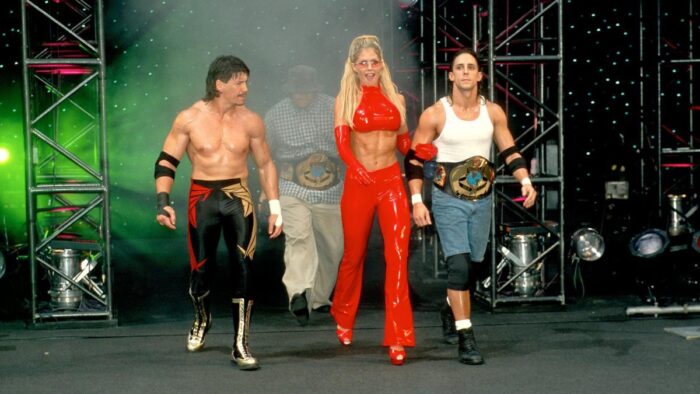 For every choice here we kept only their specific time in WCW in everything from relevance to look since it wouldn’t be fair if other non WCW factors changed this list. The list wasn’t just about attractiveness or in ring skill but more of a combination of both mixed with entertainment.