Being a kid wrestling fan in the late 90s you lived in a world similar to the console war with Sega vs Nintendo or Playstation vs N64 or even Coke vs Pepsi but here you had to choose between WCW or WWF. I think the Sega connection is a better one as the company ha seen better years but people stuck to it because it’s what they liked besides a few mistakes here and there. Now, the World Wrestling Federation did end up buying World Championship Wrestling and we got a WWE version of what we always wanted with the Invasion storyline but that’s not what we all dreamed of, or what we all fought for in the school playground. Tons of websites would talk about these possible dream matches but they’re all gone and we’re here to revive what dream matches we could’ve had in say 1999 had we gotten a full on WWF vs WCW PPV. We’ve taken a look at WCW Nitro & Thunder memories before and also for WWF Raw is War and WWF Smackdown so this is what we wanted after watching those shows in the late 90s.

How this never happened I have no idea why, the stars never aligned but the money this would’ve brought would’ve made sense to dump money at both wrestlers to make it happen. Both Bill Goldberg and Steve Austin were the faces of the company in the late 90s, both were bald with goatees and badasses in the ring. You can argue they wouldn’t have had a great match and it makes sense, their styles were very different but no one cares, it would’ve been an awesome match. Hollywood Hulk Hogan vs Stone Cold wouldn’t have been a great representation since that was more of a 80s WWF vs 90s WWF a different dream match but not WCW vs WWF. Being a WWF fan I would’ve wanted to see Austin come out on top but I can only see it happening through some shenanigan that favored Austin like “since match didn’t end let’s make it a no DQ or whatever since Goldberg did seem like the stronger kayfable wrestler. An ending like Austin vs Bret Hart could’ve worked so neither would’ve been seen as the loser. 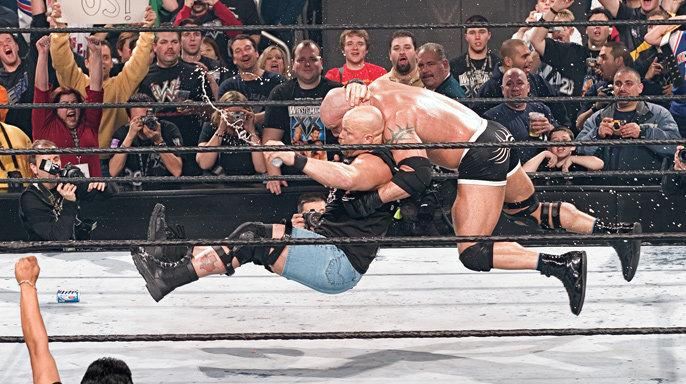 Scott Hall Kevin Nash v HHH, Shawn Michaels? Or perhaps the Outsiders with many of the other nWo members including hogan vs the larger DX with the outlaws Road Dogg / Mr. Ass. It doesn’t matter which line up as long as it was these two similar rebellious factions fighting each other with X-Pac as a wild card changing sides through out the match since he was a member of both. Since nWo were mostly portrayed as the bad guys then yeah another WWF win with DX coming on top or because they were bigger then perhaps they should’ve gotten the steal with interference. We kind of got this one with the Sting vs HHH Wrestlemania match but a little too late and just a taste. Either way it would’ve been a great match. 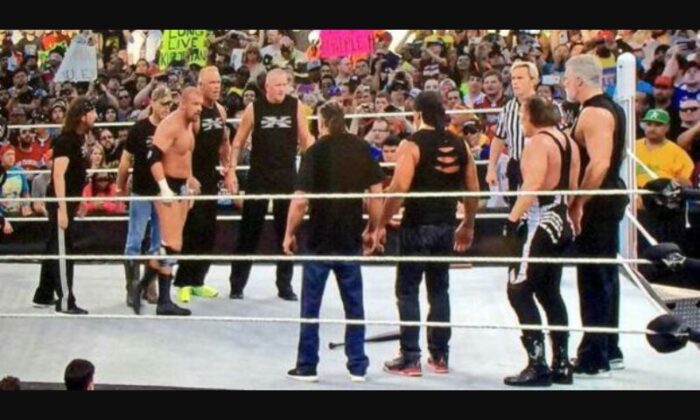 Sting VS The Undertaker

Sting pretty much represented WCW for always being loyal and remaining there and The Undertaker the same but for the WWF, both also had a dark goth gimmick. This wasn’t a much requested match at the time people trying to pitch Sting vs others and it got popularized as a match between both Taker and Sting at Wrestlemania which also didn’t happen but was also a bit too late for anyone to care at that point. Both wrestlers were quite skilled and would’ve given an awesome match. I feel The Undertaker’s ego wouldn’t have let him lose to WCW but Sting coming out as the winner would’ve been the feel good ending to it 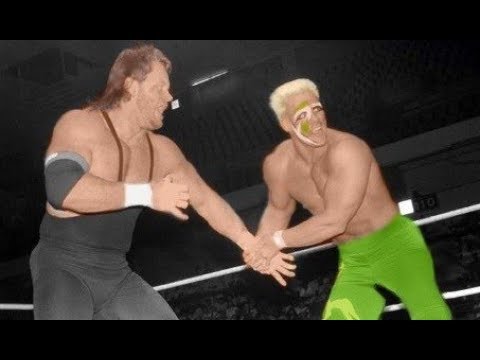 Vince McMahon vs Eric Bischoff
Both were the decision makers in their companies and also on the TV so it only made sense that these two would get it on, the closest we got was a small mini match in one episode of Raw but this had been set up since the WCW days when Bischoff challenged Vince. While Vince did have some wrestling in him to be able to pull off a match that’s not something Eric Bischoff could’ve done. But that’s ok, that’s why each of them was a boss and could’ve had a wrestler interfere and basically take care of most of the match, Hulk Hogan would’ve been an interesting one coming as nWo only to switch to WWF or who knows let the imagination run wild. This is a match I don’t see Vince losing under any circumstances but it would’ve been a fun one. 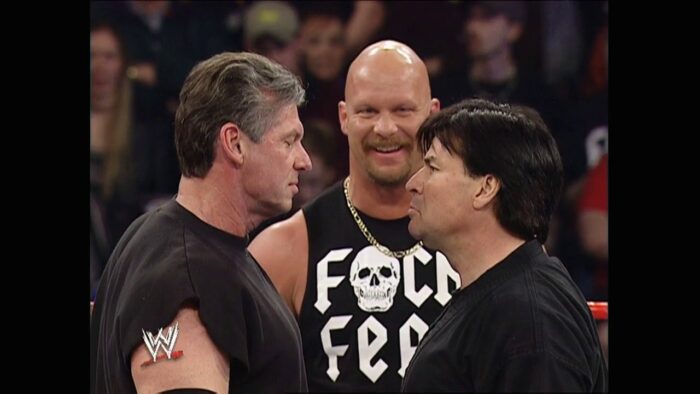 Diamond Dallas Page vs The Rock
It was difficult to choose something for The Rock, back in 1999 it was Booker T who was a popular challenger since he had a similar move and seemed to be copying some of his people’s champion gimmick. But it was DDP who really did feel like a real people’s champion and someone who the crowd could just get behind. WCW just didn’t have enough WCW grown stars that weren’t already famous before on the WWF but DDP was one of them and he makes perfect sense to fight a WWF creation like The Rock before he started wrestling giant monsters. I also don’t see The Rock as he was huge at the time losing to DDP, wouldn’t have cared either way but then again the WWF couldn’t have won everything 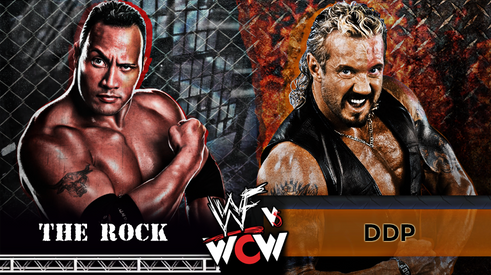 For this list list was strictly late 90s attitude era as previously mentioned, I wasn’t a big WCW fan but I followed it so that factors in. Full details on how some certain matches would’ve played out are not as important and not much else made the list since some things might’ve made more sense in other eras not covered here or perhaps wrestlers who were more associate with another brand despite being on the rival company. This is why Invasion felt weird, when you had plenty of WCW and ECW guys representing the WWF because they had left the companies recently.