King Kong is really the king of the kaijus being the first giant monster to be iconic and popularize the genre and inspired tons of kaijus like Godzilla, who he has fought twice despite being the underdog in terms of size and abilities. So let’s take a look at Peter Jackson’s 2005 King Kong movie which is the definite King Kong experience despite its flaws. This will be a small tribute to a passion project film that gave us a 3 hour movie journey through Skull Island while also giving us more character development that the original film never could. I really enjoyed the movie and felt it was great when it premiered. 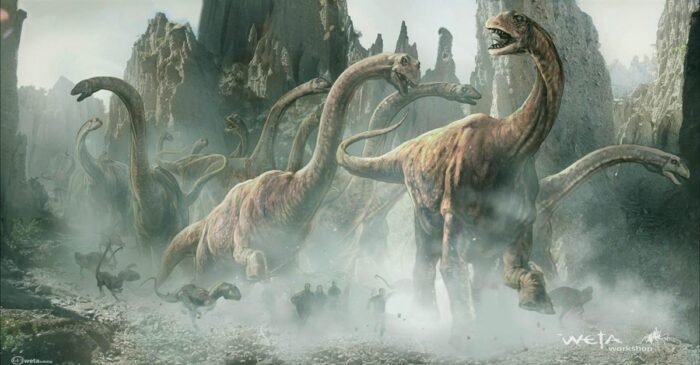 I was excited about this movie back in 2005, I had just recently seen the original 1933 movie and was impressed by how entertaining a movie made in the 30s really was and was anxious to see a modern take on it. After the Lord of the Rings trilogy I thought Peter Jackson would do a great job and I was excited for the 3 hour ride that was awaiting for me. Luckily I didn’t have to spend money on my ticket since the Jurassic Park Adventure Pack DVD featuring the Jurassic Trilogy had a free movie ticket to watch King Kong and of course I used it to go to the midnight show. I never felt like watching the movie again until fairly recent and well my opinions have changed a little but I still think it’s a great movie. 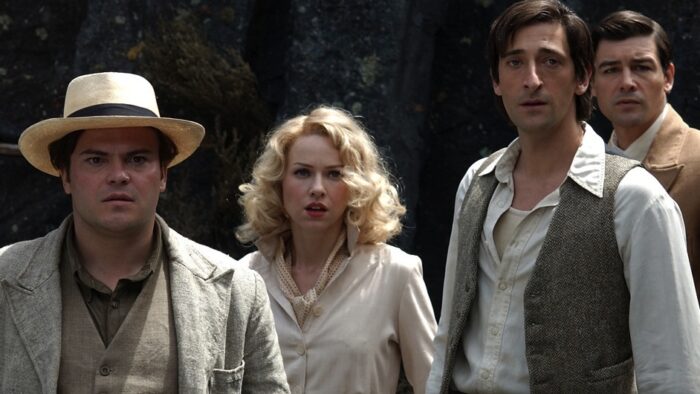 I was excited when Universal announced Skull Island as a prequel set in the island that is full of dinosaurs and creatures, not to mention that we’d likely see more Kongs and I was bummed when the movie got retooled to be in the monsterverse and a reboot instead. That’s not to say that fighting Godzilla in a rematch is bad, just that I wanted to see more of the skull island that Peter Jackson created as there was so much there that you just want to see all that’s in there, and we did get plenty in the movie but there was enough there for more adventures. This also makes it the King Kong movie without a sequel since the original had Son of King Kong, the 70s remake had King Kong Lives, Toho King Kong had King Kong Escapes. No duology for Jackson’s take. 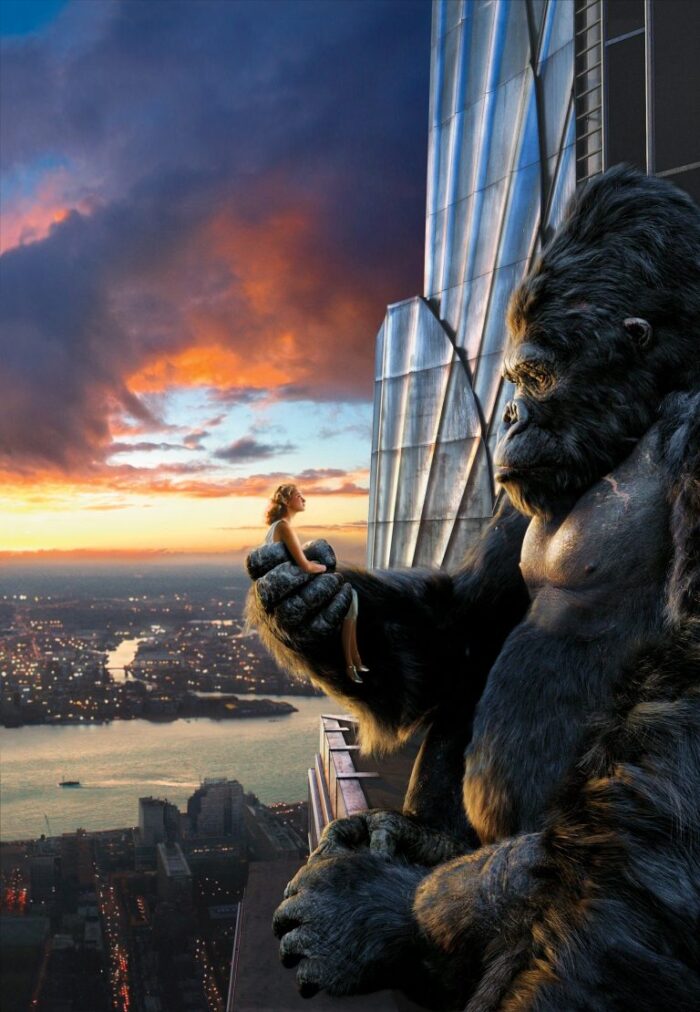 Let’s talk about the length, the movie is far too long indeed and you feel it, it makes me happy to spend so much time in the Kong universe but it could’ve been saved for a longer extended edition and having the movie be 2 hours max. Because of it being so long we get plenty of character development, set-up and time in Skull Island but it drags a bit on a more casual viewing. I am glad the movie is as long as it is because of all the information we got to get out of this world in a single film but for a movie I could watch more often and recommend easily it’d need an hour cut off minimum but it’s not a borefest as say Kong King of the Apes. 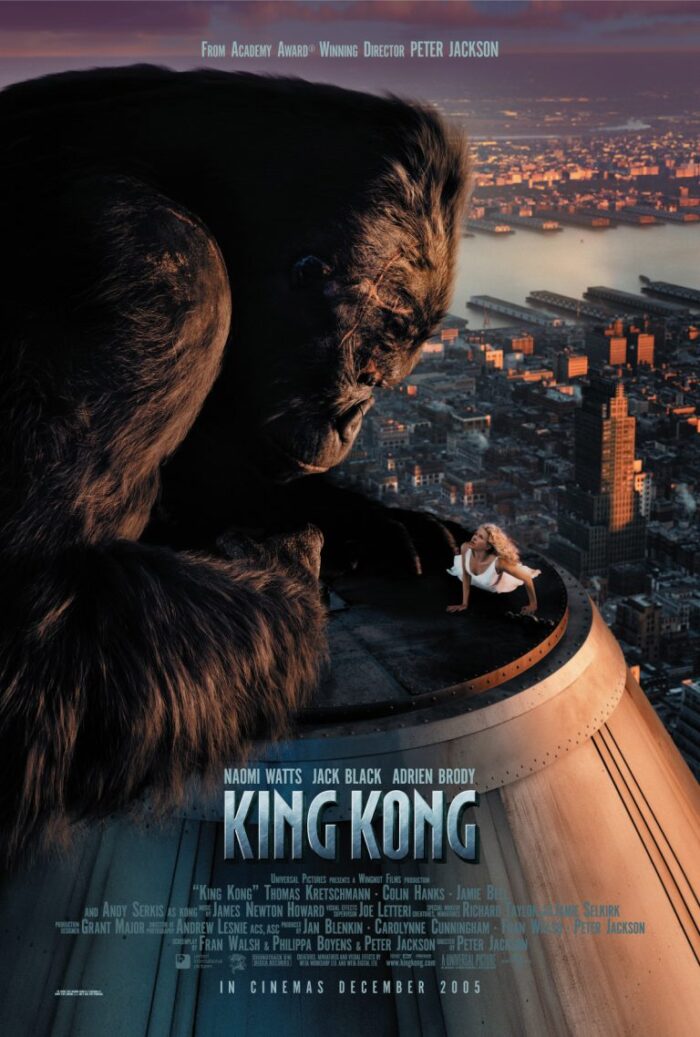 Skull Island is way too dangerous, I loved seeing all the creatures but it makes you question why the characters make the choices that they do. Between killer natives (who oddly enough get scared easily?), dinosaurs, giant bugs and creatures, it just felt a bit fantastic to see how many of the crew members survived despite having everything stacked against them. The CG hasn’t aged perfectly as some of the creatures do look less realistic like the long necks and some of the dinosaurs The bugs suffer less as do the V-Rexes but you can tell they’re CGi. I do like how it isn’t a T-Rex but instead a V-Rex that has evolved, loved the designs that they used. 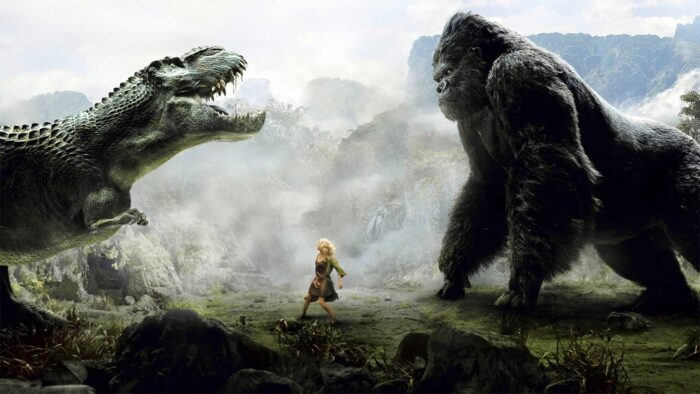 King Kong is done wonderfully, you truly do feel like he’s an intelligent animal and you end up caring for him and feeling bad when he’s about to meet his demise. They had him have more of a personality of a Gorilla and it worked, he’s still realistic looking and works fine, love all the scars that he has and the other Kong skulls you see in the movie. What really benefits the movie is that it takes place in the 30s like the original, a story of King Kong makes less sense when it takes place in a more modern setting. 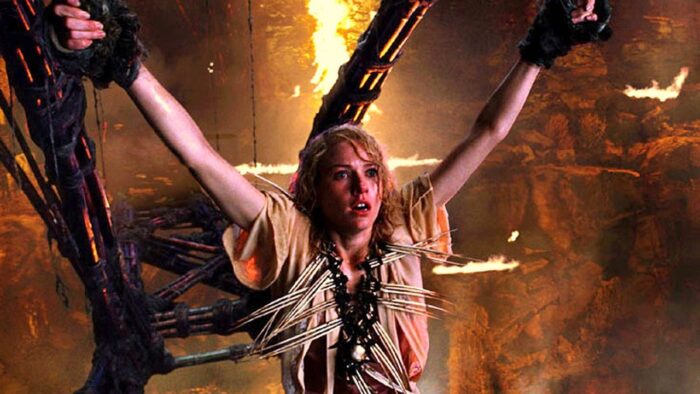 Some of the characters it’s very nice to have more of a backstory but not all of them, that Father/Son relationship was definitely not needed, especially because of how it ends. I’m not sure if Jack Black was the best Carl Denham but he did a good job in not being too goofy. The best King Kong movie is still the original but this is a solid modern version and a definitive version of what King Kong can be so far. We’ve talked about King Kong plenty of times here on MiscRave, so make sure to click for more Kaiju and giant monster Action.