Kong King of the Apes was a wasted opportunity

I’ve been in the mood and writing about King Kong and was surprised to see a King Kong listing on Netflix a while back for a new show since I hadn’t heard anything about it but I was definitely curious and added it to my list so Netflix would remind me when it finally came out. And so it did to little noise and mostly went by unnoticed. But with not only one but a second season how is the show and is it worth the time? Netflix has done some amazing shows but also some pretty terrible ones, at least in the kids department so what does Kong: King of the Apes get to be? 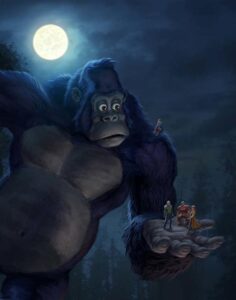 I first tried to watch it but I quickly saw that I wasn’t the target audience and only made it about 20 minutes into the pilot which is an hour and 20 minutes or the length of old kids movies. Normally these pilot “movies” just take the other episodes and stitch them together lowering the “episode” count of the season like in Voltron but here we see that it’s still a 13 episode season with no episodes cut because of the length of the pilot. It took me until the hype of the new movie to finally check out the show again. I’ll be using the concept artwork for the article since they’re so beautiful yet sadly they don’t really represent the show. 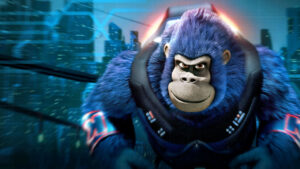 As I mentioned the show is clearly aimed at younger audiences but a much younger audience than say the early 00’s Kong animated show. The story is of two twin brothers, one who loves science and the other who loves nature. They discover King Kong alongside their father on a trip and keep him. The jealousy of the brother who likes robotics and science is shown throughout until their father dies and he finally does what he can to get rid of Kong and he and his brother become enemies. It doesn’t really have much for an adult or any kid who is old enough to have found better cartoons, it feels like a cartoon straight from the 70s writing wise. 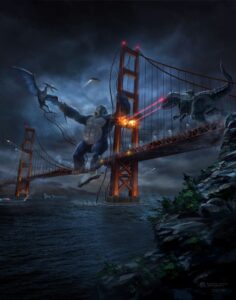 The rest of the season is just a re-tread of what the pilot movie showed with a different plot by the brother to get rid of Kong. The dialog and story is fairly poor and the CG is all over the place, it can either look really nice or absolutely terrible, it really depends. The show has basically nothing to do with King Kong or its mythos, if you really want to see Kong how he’s in the show see the image below, that’s right he’s wearing a god damn jet pack and other futuristic gadgets. I forgot to mention the show has dinosaurs and bionic ones at that which is what Kong mostly fights. Both of these thing scould be positives if done correctly but the show is just so slow that it can’t change the fact. 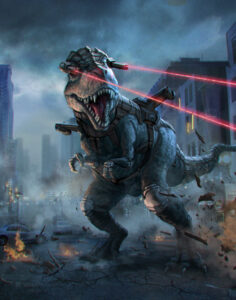 Netflix tried something new with the show and that’s as you watch an episode you start unlocking power ups for Kong then when the episode finishes new extra videos are unlocked where Kong has to fight with an enemy from the show and you get to choose between the two power-ups you unlocked. If you choose the wrong one Kong is defeated but they let you try again. This is actually pretty cool, especially if you’re a kid and would love to see it implemented more on other Netflix originals. I used to love an old Dungeons & Dragons DVD that let you choose your own adventure like those books as a kid by selecting chapters after certain points and this is basically the same thing but streaming.

I will say the season finale finishes with the main characters falling inside a Volcano to a “lost land” with Dinosaurs. At least based on that I definitely wanted to check out the second season and hope it improved. Sadly, event though we do get more dinosaurs, a village full of giant apes the show is still rather boring and formulaic. They also seemed to drop the gimmick of the interactive battles with the second season. On Netflix you can actually see the Battles of King of the Apes as minute clips from the first season. 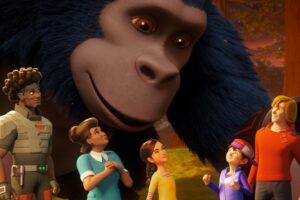 The show had so much potential, especially from the concept artwork which is beautiful and shows a darker world for King Kong and not this cartoon that looks like it was made for a previous decade. Would I recommend the show? Only to young children who might have an interest in either King Kong or dinosaurs, there isn’t much here for anyone else. In the meantime check out some of my other king kong articles. 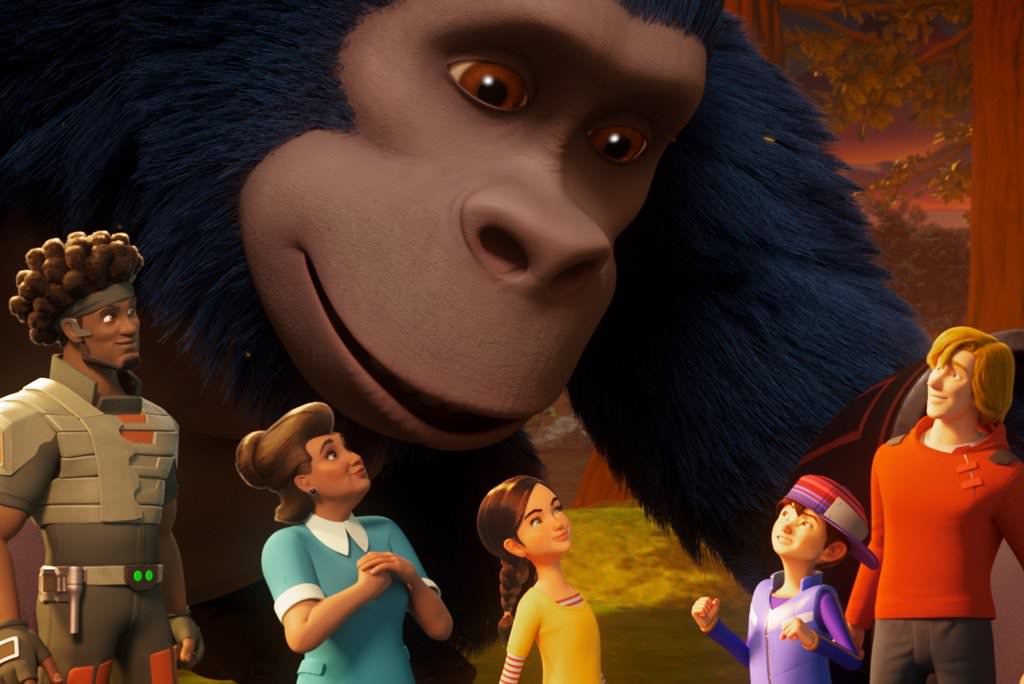