Today is March 3rd 2017, which means the Nintendo Switch launched and while I won’t be getting one anytime soon. what better way to celebrate it than by going back and remembering the previous Nintendo home console launches similar to how I did it for Pokemon.

I have lived through every major Nintendo Console launch: The Nintendo Entertainment System, The Super NES, the Nintendo 64, the Gamecube, the Wii, the Wii U, and soon the Nintendo Switch. So let’s begin with my first Nintendo home console that I got as I was just a wee little lad. 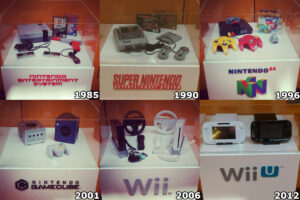 NES: My first gaming device was from Nintendo wasn’t the NES but that honor actually went to the Game Boy. I was too little and don’t think I actually asked for video games yet at this time but somehow I got one and then I wanted an NES somehow. All I remember is my mother not understanding why I wanted another one if I already had the NES. Overall I don’t really remember much of when I got it except that it used to be in my sister’s room. For further NES memories click here.

SNES: I was also quite young when the SNES came out, at this point I’m guessing it was indeed me and my sister who asked for it even if she was never much of a gamer. I don’t remember when I got the SNES but I’m pretty sure it wasn’t for Christmas or a Birthday. Since consoles at this time were for both me and my sister it wasn’t just a gift for me. While I don’t remember many details I definitely remember when we go it, me holding the box, taking all the stuff out with my father and his dog Rocky biting me which made me cry. I got the SNES not too long after launch, I’m guessing it might’ve been a year old at that point.

N64: I was a bit older for this console launch so I remember a few more details of it. My sister was turning 15 so my parents gave her a big present which was a cruise, this was in October as that’s when her birthday was. It was pretty much a family trip though since we all went, the Nintendo 64 had just come out a month before and was sold out pretty much everywhere. I don’t remember why my parents were going to buy it for me..or should I say “us” since consoles were technically both mine and my sister’s but it might’ve been to shut me up that I wasn’t getting anything or my parents just loved having the latest technology. We eventually found a console at EB Games and for the rest of the cruise I could not wait to get back home so I could play it. I remember making a friend who said “what I really want is a Nintendo 64” to which I replied “Oh my parents just bought me one yesterday” and he looked at me like it was the most obvious lie in the world. 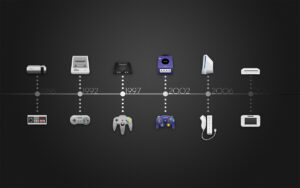 GCN: I was old enough and really into games at this point so I remember things very well even if it’s a little less eventful. I’m guessing at this point console pre-orders were not a thing yet since I used to pre-order games but didn’t the Gamecube. I originally planned to line up, of course me being around 14 at the time prevented me to it but I convinced my mom to drive me to the 24 hour Wal-Mart so I could get one at midnight. My original plan was to wait around 30 minutes to an hour but somehow I fell asleep…I did wake up but it was around 12:30 AM so I quickly rush to wake my mother up and take me. I had planned on getting the black Gamecube but I would take the purple or whatever scraps I could take, I rush inside thinking I would only find happy gamers who hadn’t fallen asleep only to find more than plenty Gamecubes of each color.

Wii: By the time the Wii came out I had already grown out of video games but somehow the Wii changed that for me and got me excited for gaming again. At the time Nintendo looked like a beat company so I really wasn’t expecting it to sell out, I went to a friend’s party and hung out. I planned to drive to Wal-Mart at midnight to get it and we were going to play it at my friends party. When 11:45 rolled around I decided to head to wally world and pick up the spoils only to be greeted by a huge line of people waiting for the console. I had fucked up. I quickly realized people were pretty damn excited for this product and now more than ever I needed it in my hands so I decided to drive to the other store I knew would have it in my town and that’d be Target. I arrived not long after and there were already a few people camping; Unlike Walmart, Target would not open until 7 AM so the long wait began. Since none of this was really prepared and it was all acted on impulse I was not ready for the weather that you can expect in November at night. I call a friend and tell him to bring me a cover or something but I knew he was too drunk o fulfill my request. About an hour later what do I see but my friend with a military sleeping bag and some hot coffee for me to have. He stayed a little to chat and apologized for being late but he was trying to sober up. He eventually left me and thanks to that the rest of the night went by rather quickly. The worst part of it all is when it was finally time to get the Wii I realized I was literally a few dollars short since I was planning to use a Target discount card but couldn’t, luckily another friend of mine was there and he lent me the few bucks I needed. I think I was the only one who came out of that door without The Legend of Zelda: Twilight Princess.

Wii U: I was not excited at all for this console as I thought it looked beyond awful in both the two E3 reveals that it had. When it came out I really wanted one but not enough to get one. A week or three later I’m walking down the mall and I see this store with a discount on all electronic devices and see the Wii U right next to it. I really want it, the temptation of a shiny new Nintendo product is too much for me to take but I escape back to my job. After 3 hours or so of thinking of whether I’d get it or not instead of working it was decided. After work me and 2 co-workers went to the mall and the ride there took forever as there had been an accident. I told them I was buying this console and one of them comments they would never let their husband buy something that expensive so impulsively. I shrug the comment off as I was not her husband and come out with the gigantic Wii U box Christmas wrapped even if I’d open it immediately as soon as I got home.

Switch As I have mentioned a few times I’m mad at the poor decisions Nintendo has made with the Nintendo Switch. Nevertheless I’ve come very close to biting the bullet only to back out at the last moment or arrive a little too late to pre=order. Even though I’m wanting to wait a little I can already see that the fanboy in me is too strong and I don’t think it’ll be able to wait too long. We’ll see where this story ends but I see a Japanese Nintendo Switch coming to me sooner rather than later.

It’s rather fun to remember your old mishaps with your old consoles, I’m surprised by how close to launch I’ve gotten every Nintendo console released so far. But better than any memories of playing the games the fun of waiting and getting it has always been a great experience. This is why console launches are so exciting. What have your console launches been like? 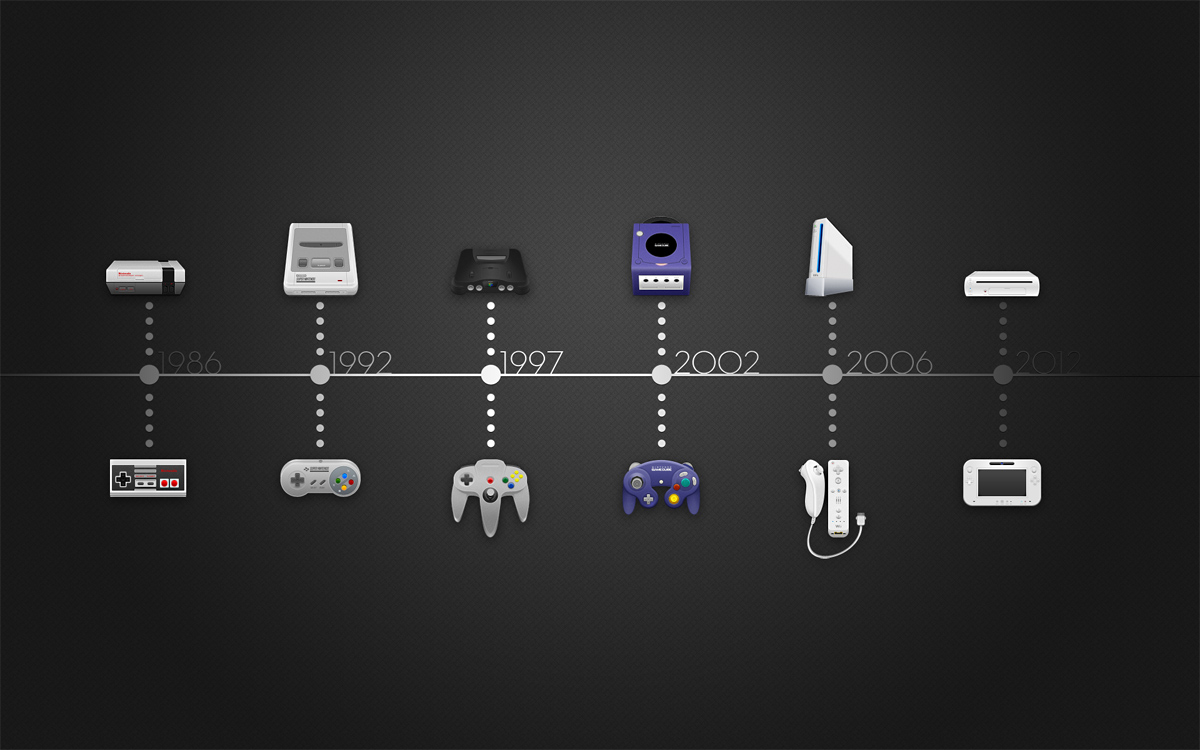 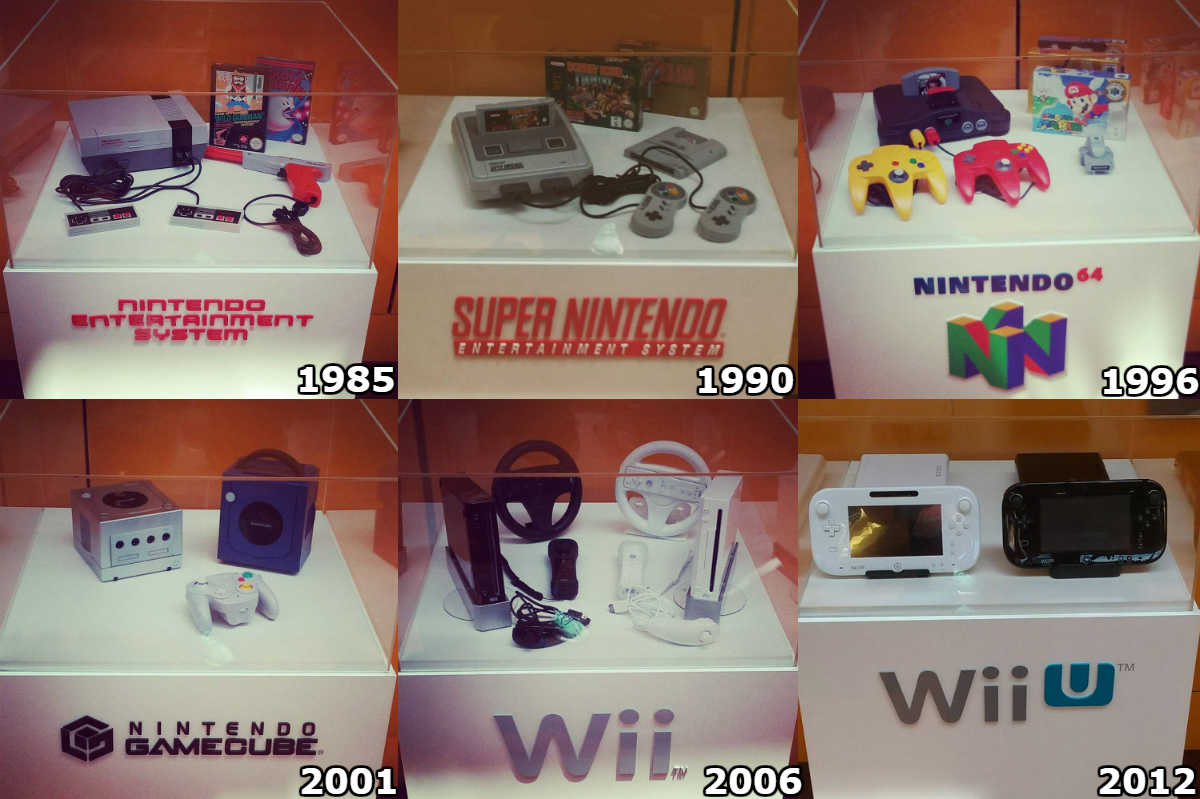