This week we celebrate the start of Summer by reviewing 3 music videos that is something you would play right after school got out in the 90s and boy do they reek of the 90’s but not only that, I think all three songs have kind of an empowering theme of go and do what you want since it’s your life. Also by pure coincidence all three songs today had two different music videos for the same song. You can also check out the previous two editions of Music Match Videos. 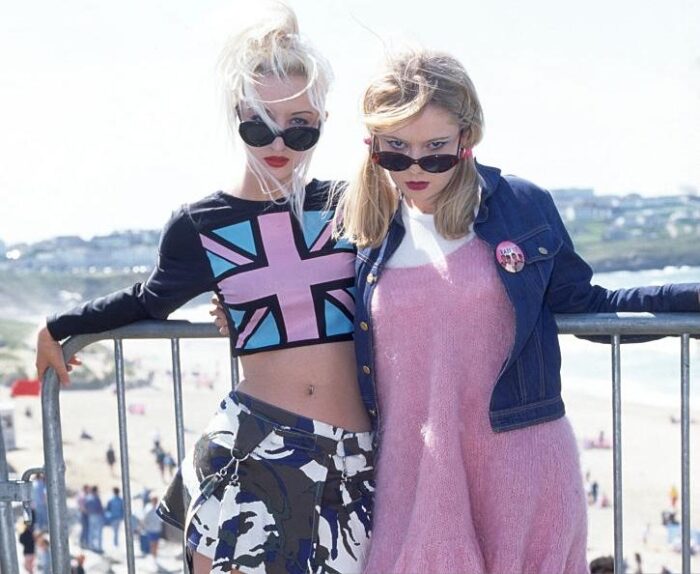 To me this song meant that summer was here and it felt so modern and rebellious, I first heard it during the credits of MMPR the movie. I knew that the world was a tough place but I would be able to survive it. An English duo formed by Jacqueline “Jacqui” Blake and Caroline “Carrie” Askew formed The music video is definitely early 90s video which released in 1994, the video is nothing special just 90s visuals of them walking around london so it’s nothing special but I must admit I do like that silver suit one of the girls is wearing. A year later they got a new music video this time with them just singing with footage of the Mighty Morphin’ Power Rangers movie mixed in between, but all of this with Psychedelic backgrounds between it all, which makes no sense at all but at least they go all out with the hippie theme and a dancing Ivan Ooze grunt. I’d like to say it’s better but I feel it’s somehow worse, surely these two cute girls were able to make a better video and not fade into obscurity as one hit wonders right?.

I’m pretty sure I first heard this song in some Mary Kate and Ashley Olsen movie but it’s also straight up 90’s and it’s great because of it. Quick cuts and special effects that were deemed awesome at the time. The song is rather catchy and also empowers you to enjoy your summer. Also Saffron looks like a villain straight out of Power Rangers, in fact she kind of matches a character of Masked Rider. But while that may be the version we all remember that song is actually not the original which was more of a dance / techno song released in 1997. The song is actually not as good even if it’s mostly the same song and making a rock version was the smartest thing they could ever do since it gave it the umpht it needed to become a huge hit just a year later in 1998. The music video on the other hand is just as good and makes a little more sense since it does feature a scene of her shouting out on a rooftop.

This song played all the god damn time and pretty much defined the late 90s for me, it was especially played a lot that summer. The music video is nothing special and while not 90s in your face like the previous videos it feels pretty much from that era and it’s just not that interesting overall. Now this one didn’t really have an official second video but it was used as the song for the intro of FIFA France World Cup ’98 on the Playstation and it would play over and over again in stores so it’s an honorary music video in my book. Full Motion Video in video games was still new and seeing such realistic renditions and real footage was simply amazing. Now they all look like a College freshmen’s project for class but seeing that weird bird thing that France used for their world cup fly filled my imagination with the possibilities and almost made me buy this game for that intro alone even if I hated soccer.