What is a Rave without music? Now MiscRave has always featured music whether from shows, to tributes or album reviews which contained music video reviews and even just random music video reviews. But I’ve recently realized that even though I stopped watching music videos for years that they didn’t become any less relevant, there are still tons of great music videos hidden there. So why not share some forgotten or looked over ones? Those are exactly my feelings which is why Music Match Monday’s will be a thing as long as there is music I would like to share or music videos that need to be watched. Named in honor of one of my first media players on my computer, here are today’s three must watch/listen. 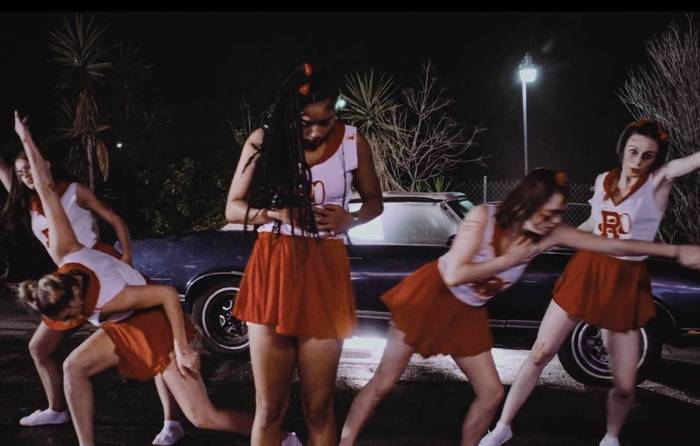 If someone ever wanted to write a song about Mighty Max then this would be it The lyrics about a boy running and looking ahead fit perfectly with Mighty Max’s story of him having to escape the dreaded Doom Zones. The fact that the music video seems like the closest thing we’ll ever get to a live action Mighty Max movie is the icing on the cake. You see a boy escaping this building and then being chased by various creatures from bats to yeti like creatures and giant rock monsters. It was shot in black and white which makes the whole mood fit even better. Fantastic song and video, once you see the horned yetis jump out you’ll be watching this one for days.

A cheerleader who apparently just crashed her car against a street light likely because of drunk driving gets out and in this messed up situation she does what she does best and starts doing her cheers, she’s joined by her also beat up and bloodied companions. Rather eerie to see them do this so care free in light of the fucked up situation. Some nice low tempo IDM makes a perfect match with the slow dance. Spoiler alert, they all died in the accident. Immediately hit replay as it ends for a nice never ending loop of events.

Sleep Party People – I’m not human at all

I discovered Sleep Party People pretty much when they came out with their first album which is rather uncommon nowadays for me. The mask gimmick didn’t seem to be that appealing to me having grown up during the Mushroomhead and Slipknot days but at least their Donnie Darko inspired gimmick didn’t seem to be their main thing. Dream pop, slow core, doesn’t matter what you call it, it’s great. Their lyrics which you can barely decipher only add to the mood of the song. The music video is rather simple especially when compared to the previous two but by no means is it necessarily bad, it’s just a more back to basics approach and succeeds in being a bit claustrophobic.