Jules Verne’s books have inspired tons of sci-fi authors and have been interpreted in many films and yet in 2008 and 2012 we got two reimaginines of two of his books. Journey to the Center of the Earth and The Mysterious Island. Both movies are called “Journey” to have some type of branding between the films and it somehow works. A third film Journey from the Earth to the Moon would’ve done the same but it never happened, in fact I’m surprised the second one even happened. I mistakenly judged these two movies before seeing them and I was surprised to know that they are actually good. 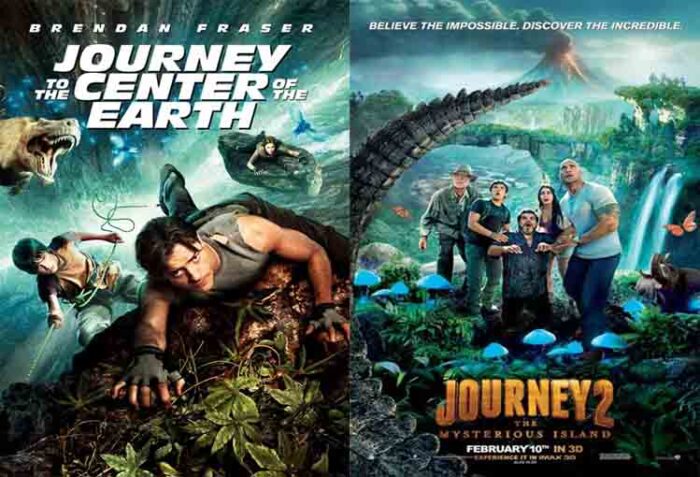 Starring Brendan Fraser, the movie does not start off well since it starts to make a ton of references to be hip like “It’s not a game boy, it’s a PSP” and “Just TIVO Family Guy” among others that have not aged well at all. But this isn’t just a normal re-telling of the original book in a modern setting. The original novel exists here and was written by Jules Verne so while the movie actually goes through the set pieces you would expect from a movie based on Journey to the center of the earth, it’s not trying to tell the original books story at all, it has its own spin in a world where they find out that the book was not science fiction but actual fact. 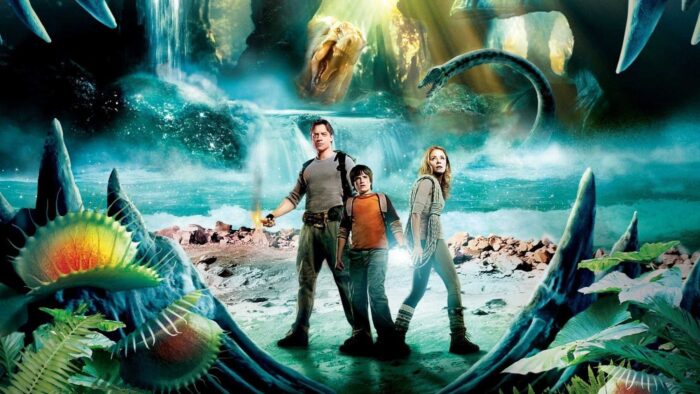 It’s an interesting premise and the added story and characters are interesting enough even if not the deepest character portrayals. It was a 3D film before Avatar changed the movie industry into making every film 3D needlessly and in this case the movie looks like it would’ve been a hell of a good time in 3D with many action scenes being filmed specifically to jump out. You have Trevor the uncle of Sean the kid who lost his father and Hannah who was a friend of his father join together by chance in this adventure. 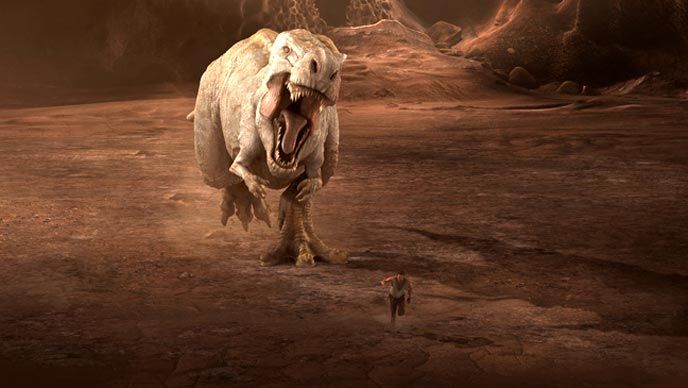 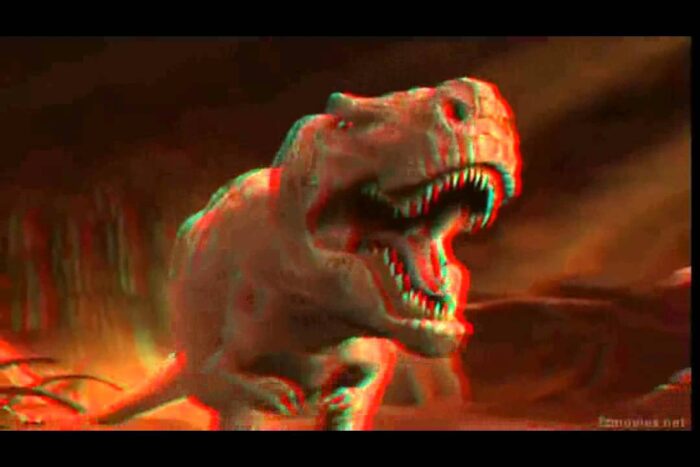 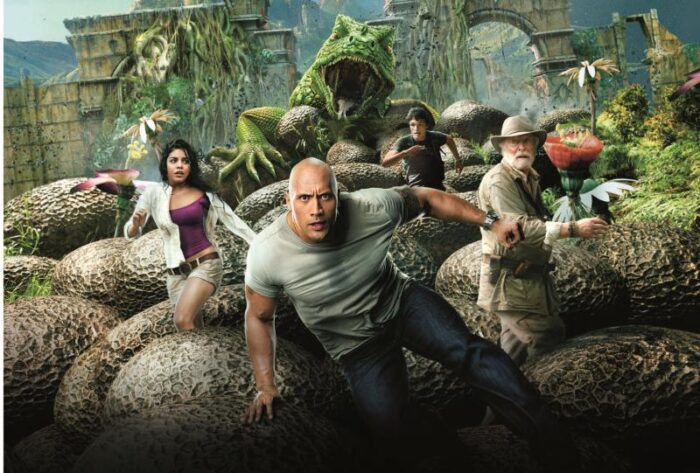 Starring Dwayne Johnson which likely was the only reason this movie got made counting it came out 4 years later. Journey to the mysterious island is an interesting title to make a sequel, unsure why they went with it as I’m sure it was a hard sell when it was pitched but I”m glad that it was. Only returning character is Sean but that’s alright,t he new cast is all fresh and I enjoy them, I think the first movie needed a few more characters. We of course have The Rock as Hank the stepfather who was in the navy, Alexander the grandfather of Sean played by Michael Caine, Kailani the daughter of Gabato Laguatan who is the tour guide who add eye candy with Vanessa Hudgens and comedy with Guzman. 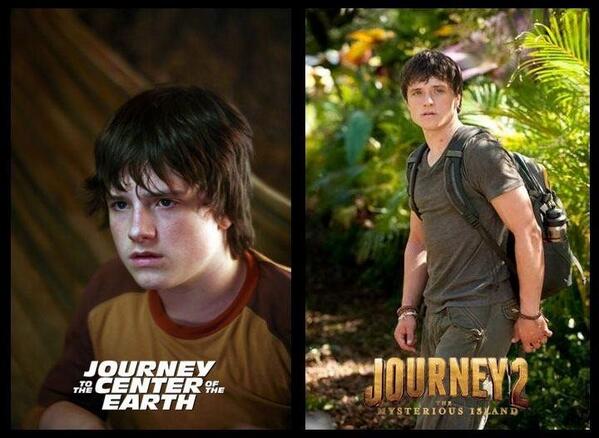 The actors do a good job, especially since even though there’s more things happening it does seem a bit slow or boring at times but they also fall into their defined roles and The Rock playing well The Rock. We do get to see a little bit more of the world than in the previous movie which is good, and the effects look cartoony which fits the style. It’s a bit different in tone but at the same time it’s a bit of an evolution, it keeps the same idea in general and it does a fine job. Sean’s grandfather was not necessary but we do get a few heartfelt moments because of it. 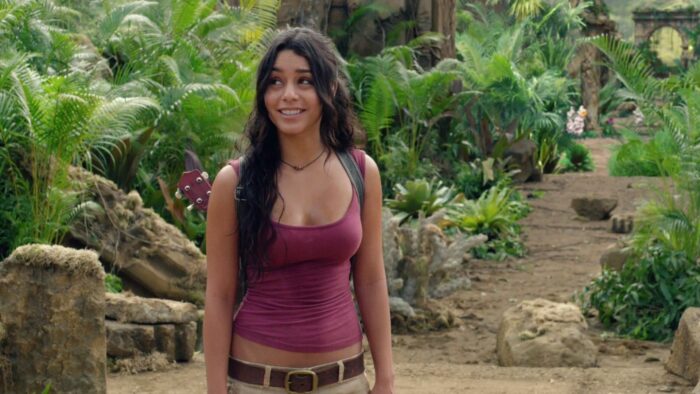 In general it’s just cool to be in a universe where it’s set up that all of Jules Verne’s books are real, we get to see Captain Nemo’s submarine in this movie and in general the idea that it’s not just an adaptation but a world where they realize those books are real. It’s definitely a sequel while also doing something slightly different. Overall the movie is better than the first one in some ways but worse in others but both are fairly great movies. 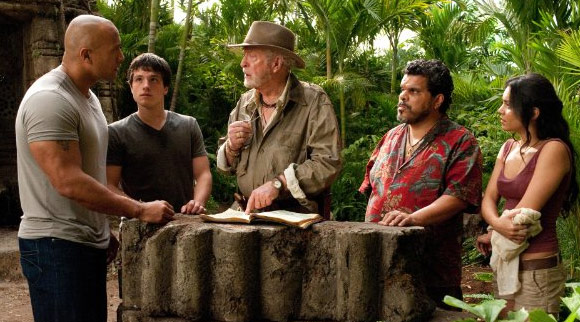 Sadly not even The Rock got a sequel and the third movie in the trilogy Journey from the Earth to the Moon never got made, I would’ve loved to have seen Brendan Fraser back along with The Rock together in the third movie, or an entirely new action star with Sean like say Vin Diesel. Who am I kidding we would’ve just gotten The Rock aga woudl’ve bin in the third film without anyone else but even then that’s ok, I would’ve liked to have seen it. It’s a nice world they built built in the original movie and Jules Verne would’ve approved.