In my journey to learn French I’ve been able to have many wildly different experiences with teachers, I’ve dealt from great teachers to awful ones and everything in between, I’ve already written about my first few experiences and some later ones that I had as well. I feel I’ve had a few more experiences to be able to write a third part and in a way I feel it ends for the most part my experiences in my current way of taking courses. There’ll be another article with newer experiences when that time comes though.

Since last time, I was able to have Mr. Fed as a teacher two more times, I’ve learned that I really liked his style of teaching, he is a lazy teacher in a way after years of being jaded by students and life I feel but when pushed he will be there to make sure you can get some of his knowledge which is quite vast. Both courses were sort of a reading course that evolved very differently depending on the students that were there, because of the quarantine in 2020 the course sort of stopped, at least the second one. 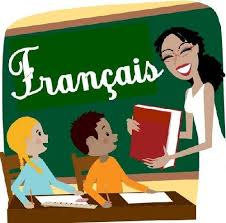 I also registered to a sort of teach yourself a language course in a multimedia library at University, which did include some tutoring lessons with a teacher which I’ll call Ms. Forsak. She was a teacher that for the most part tried to avoid said tutoring lessons and you had to chase her down, after all it wasn’t her job to be a teacher but just guide you. This became a big hassle but when done it was usually great experiences you could have with her.

And finally I have Ms. Lol, who gave my my regular classes for a year, I had last left off in French 6 which I passed but I decided to retake it to get a different experience with a teacher and polish some stuff seen there. Ms. Lol was alright but too lenient on stuff and with that I felt even though she had a class prepared it was almost not much learning going on since there was no challenge, everything was perfect. Then we moved on to French 7 where we got the same teacher, for the most part half of the course seemed recycled and her attitude didn’t help, at the end she didn’t enjoy her job. For the final test I arrived a little late and everyone had finished so she left, I still had plenty of time to arrive and take the test but she didn’t wait and failed me, I was mad but didn’t complain, after all if I took French 7 again I would learn stuff, I wasn’t there to pass levels.

The next course was a hybrid of French 6,7,8 according to her since there weren’t enough people, a lot of recycled content, she cared even less and well a whole year with Ms. Lol by the end of the course was too much. Because of the contingency in 2020 the last 3 classes were not had and instead she didn’t do virtual lessons as she was supposed to and gave us a final project to do. I turned it in but uploaded it to the wrong platform, she never graded anything and still passed me. Go figure, guess she didn’t want me anymore, if only she knew I did do that final essay.

I guess what needs to be said is the life of a teacher is not easy, you get students who don’t care to learn, it’s repetitive, the pay is low and that energy gets sucked the more you teach. It’s not many teachers who can escape it, even if they’re good and worse if they’re bad. It’s important to be autodidact since amazing teachers are hard to come by. I can relate to the teachers having been a language teacher myself, but it doesn’t justify it. What’s important to take note of is to get the most of the class and them instead of becoming frustrated.