Hard to believe that the Sega Dreamcast launched two decades ago back in September 9th, 1999, or as the cool kids called it 9/9/99, I believe the MTV movie awards were also on that day. Cool day to market stuff but I assume most people will remember Sega’s last console instead and not some phony movie awards. I mean we’re talking about 128 bit system here and the first next-gen system after the Nintendo 64, Playstation 1 and I guess Sega Saturn. Let’s party like it’s 1999 as we remember the Dreamcast and the short but memorable life that this console has. 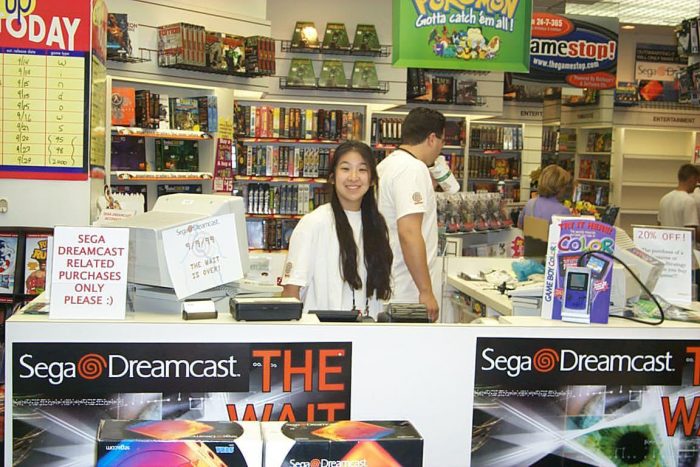 As most know I grew up with Nintendo and I’m as big of a fanboy as I can get, but Sega was always tempting with its cool looking games and franchises that didn’t match Nintendo’s but came awfully close in appeal. The 90s it was all about bits, it’s how these consoles were marketed and so far the Nintendo 64 seemed like it was ahead for that sole reason at least when it came to power. We didn’t understand computer specs very well thanks to awful gaming magazines who blabbered out the same bits nonsense as a way to describe power and Sega’s new console was of course going to be 128 bits. 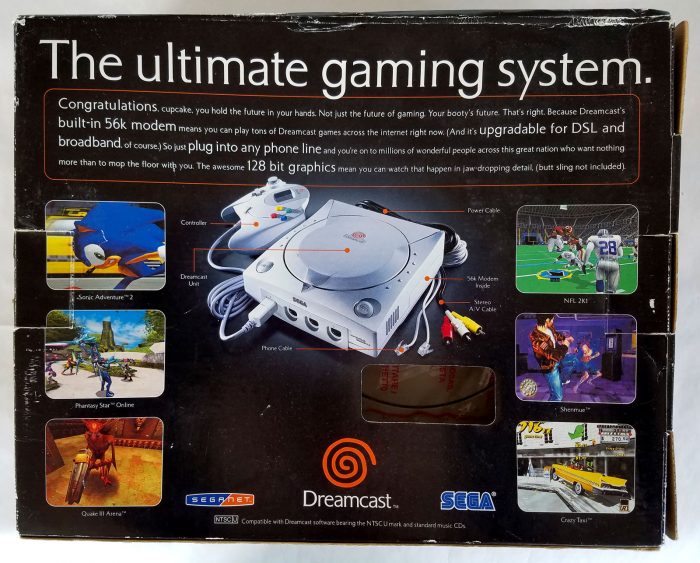 Back in 1999 I was still loyal to Nintendo but I couldn’t lie and say that Sega and Sony weren’t slowly trying to convert me, and in this case all the internet was talking about the Sega Dreamcast which only made me want it more. The graphics might look dated now but back then there was nothing that looked like that. When compared to N64 or PS1 titles the 3D models looked far smoother, less polygonal, more colorful and complex compared to what we had seen, the games looked beautiful and all we had was talks about the Dolphin and a Playstation 2 while here we were actually seeing the hardware run these games. 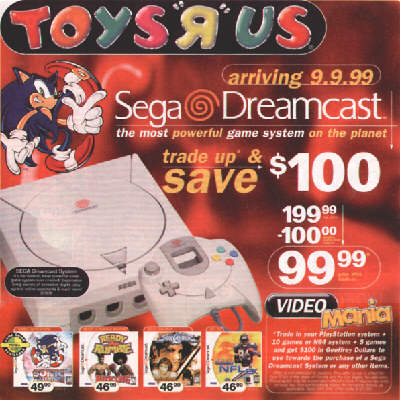 The Gamecube and PS2 might’ve run laps on the Dreamcast’s power eventually but that was still years away, for me to say I was jealous was an understatement. The marketing campaign for the dreamcast was excellent and I’m sure we’ll take a look at just how brilliant it was in a future article, this was Sega of America in their A game. Stores seemed to be optimistic for the console as they all had plenty of advertisement, especially the mall gaming stores. A friend of mine got a Dreamcast early on and one of my first replies was “the dreamcast sucks” which he replied “no it doesn’t”, I knew he was right but being a kid in the 90s you had to defend your console as if it were your wife. 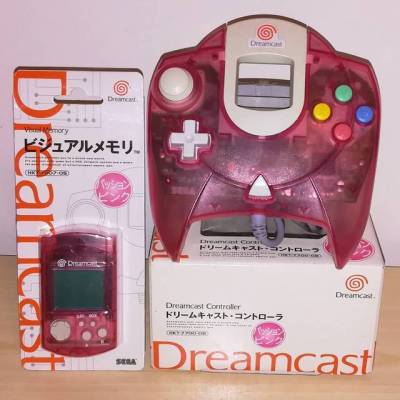 Even if I had no plans on getting a Dreamcast, it wasn’t cheating on my Nintendo if I played at the store and Game Software Etc and Babbages all had great Dreamcast displays. I got to play so much dreamcast before launch I felt like an expert on it. House of the Dead 2, Ready 2 Rumble, Sonic Adventure and Soul Calibur were all titles I got to play plenty of. I got so used to the controller that it felt like a good controller even with its awkward bottom cord. In fact I have very fond memories of it, granted I was a little kid when it came out and I had a N64 which to me felt ancient, this was next gen and the graphics looked amazing to me, smooth and the Sega attitude.
The controller was indeed weird but I loved the VMU, I understand it’s not the most comfortable controller but to me it was the controller of “next gen” and obviously next gen had to be different since the SNES/Genesis to N64 was different
Hell I even felt the Game Boy was threatened by the VMU. 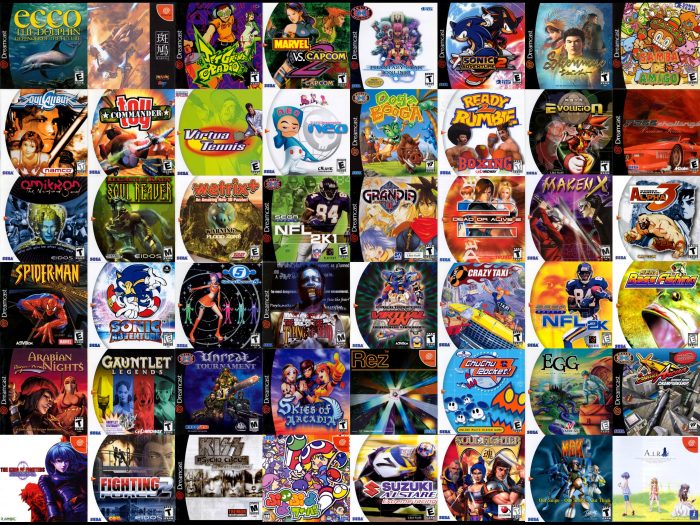 I would play the games for about a half hour every time I went to those small mall gaming stores at least, I always felt judged by the employees but I’m sure they didn’t care. And after 9/9/99 it’s when I really felt that my Nintendo 64 felt ancient, I just wanted the awesome graphics I saw on Sonic Adventure, walking on the sand with those smooth looking polygonal models. When I saw games like Ready 2 Rumble come out on the Nintendo 64 I could not believe such a graphical impressive game was being ported to such a peasant system like mine and the PS1 even if they did have downgraded graphics. 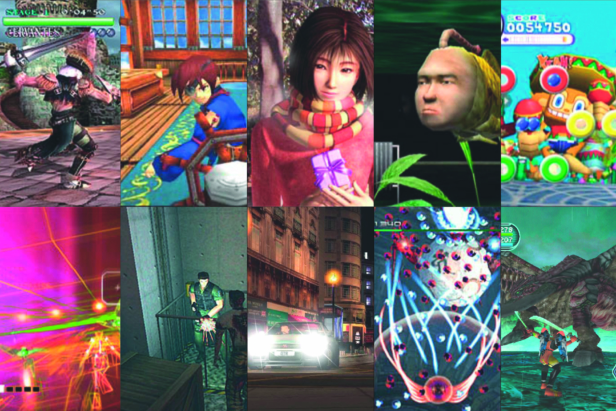 The catalog of games was so impressive, you had a huge list of retro games like a whole collection of fighting games from Capcom, Resident Evil saga including the exclusive Code Veronica, hell Capcom outright did everything they could in their power by providing a huge diverse catalog for Sega. But not only that you would see the definitive versions of many late era N64 and PS1 titles with the dreamcast ports. Who can forget that they were not on CD-Rom discs but on GD-Roms! Sure it was a marketing and games could be pirated with any CD Burner but this was before DVDs were mainstream so it felt new. 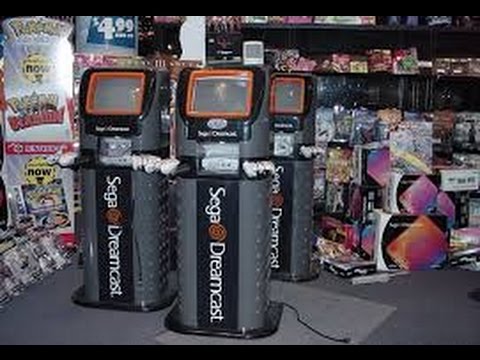 Speaking of new, gaming online felt like such an awesome feature and it took both Sony and Nintendo another console generation to fully embrace it like Sega did. Browsing websites on the system might’ve been an awful experience but it was something I wanted to do with my Nintendo consoles. When Sega threw in the towel and the dreamcast got a lower price of $99 I was tempted to get it even if I knew its future was non existent and I had a Playstation 2 and Gamecube, I wanted to show the system love. Eventually I just decided to get their titles on the GC and PS2 and I regretted that decision for years. 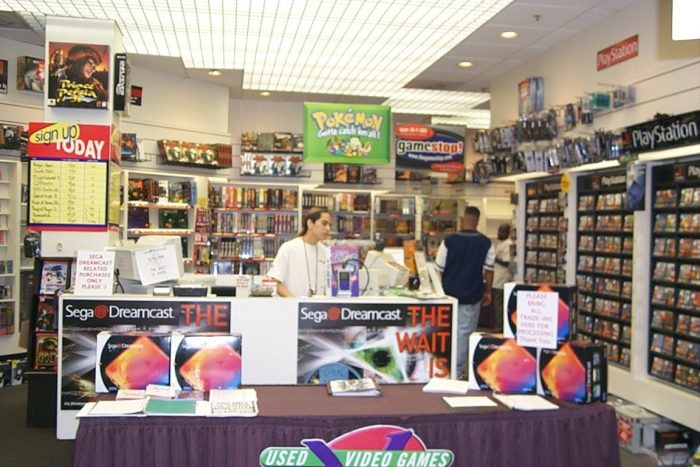 I did get a brand new Dreamcast circa 2012 and opening the box felt like I was back at babbages back in 1999, played some games on a CRT, played with the VMU, got myself a rumble pack and had the time of my life. There’s a reason there is such a big cult following for the Dreamcast, it had tons of quirky and unique games, it does feel like a console stuck between the PS1 and PS2 era, the transitional console we needed. In a way that Sega magic has been lost since and died with the Dreamcast but we can hope, in the meantime 9/9/99 did change the world even if the outcome wasn’t exactly what sega wanted. Crazy Taxi, Power Stone, Space CHannel 5, the console just had so much style and there are other Sega memories not counting also more Dreamcast stuff that will be discussed including games so keep checking MiscRave out. We do have a series of gaming memories which started with our Game Boy memories but will expand to other consoles. The dreamcast was the coolest console..for one year only but no other console was as cool during that year and that’s something no one can take away.