The nu-metal debut album for Disturbed back in 2000 was something special, it was heavy, dark and stood out with the rest of the nu-metal stuff coming out at the time. I don’t quite remember how I got this record but I was already a fan when I started to see commercials on TV for the album. I never quite liked the band after this but The Sickness was one of my favorite albums when it was released so let’s listen back to it, I’ll be listening to the 2010 remix/remaster album for the most part which apparently the differences are minimal but it’s louder and more produced, maybe the rawer feel of the original is better but whatever, I’m not here to be a music elitist.

This music video does some stealth advertisement for another Disturbed song in a clever way as that’s what some office dude is listening to as he gets in the elevator while the people around him are surely judging him since the music seems rather loud. He doesn’t seem to be happy in his job and it seems like he’s going to want to shoot up the place as people bully him in his very own cubicle and he fantasizes of making them suffer. As this happens you have the band playing in some underground basement area of a building. Seriously everyone in that office is an asshole and no amount of Matrix code on his computer will make him feel better, no wonder David Draiman’s ghost is convincing him to do something about it and he is the Voices that he hears in this appropriately titled song but all his does is go to the concert where Disturbed is playing but I have a feeling we didn’t see the real end to that story, news at 11.

The Game is the second track and it’s appropriately titled to tell my story of how when I bought my Nintendo Gamecube at launch I used to play Super Monkey Ball endlessly to Disturbed’s The Sickness including this song which is a rather solid song and it’s odd how such a heavy album helped in a precision based marble madness like game but it did.

Stupify did have its own music video besides the cameo in the first track, which in this case this music video came out first and it shows since it’s a little more low budget but somehow better because of it. The music video mostly has the band playing in an abandoned hosue with some brief scenes of some homeless kid in a similar building and it just fits the style better. The scenes int he insane asylum are a little cheesy though but then the kid is randomly floating in a crucified like pose and that makes up for it. The song is great even if it wasn’t one of my favorites back in the day and it features some nice rap influence before the band was afraid of it.

The band’s main single Down With The Sickness has them acting like superstars and them showing off how they’re playing in a big arena and fans are there to see them, what a horrible choice for a video for this song which is indeed responsible for them reaching that level of popularity. The video is not all that interesting and uses the radio edit of the song which is always odd as it gets rid of the abusive mommy part which reeks of Jonathan Davis but was still awesome. I guess for many taking that out likely makes this a better track though but they’re not me and we need the stupid sadistic abusive fucking whore in there to really be down with the sickness.

Violence Fetish is a bit different and while not as head bangin’ as the previous 4 entries it’s rather cool. Fear is nothing special but it’s followed by Numb which at least has a creepy vibe even if not a song you’ll be listening to a lot and Want is a similar song. Conflict is another pointless song but can be rather fun if you use it correctly, for example I once used it as my speech tournament song I was going to read the lyrics to and it was a successful one as all my fellow middle schoolers and teacher were didn’t know where to go from there, angst.

Shout 2000 is a mediocre cover of the Tears for Fears song followed by Droppin’ Plates which goes to show that they gassed out early in the record and just padded out the rest, the final song is Meaning Of Life and it’s not a bad song but not a particularly strong one to end the album on either. We have two bonus tracks with from foreign releases and the 10th anniversary re-release with God of The Mind and A Welcome Burden and they aren’t terrible by any means but nothing more than just b-sides. 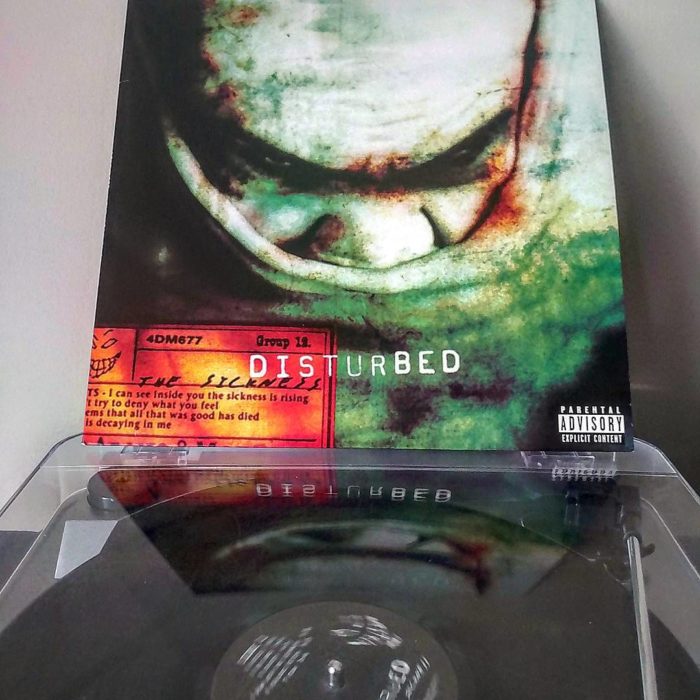 Great album even if a bit unever that represents nu-metal well and will forever be linked to monkey’s collecting Dole Banana’s at MiscRave. For more music articles click here. If you enjoyed the article or have any thoughts let me know by commenting below or by tweeting at me. You can also share the article or hit me up an email with your thoughts, it’s nice to hear from other fans.