Released during the same time of Jurassic Park, a classic this is not but it was popular enough to warrant 3 sequels and 2 pseudo-sequels later on. The carnosaur trilogy in the 90s gave us a grittier darker version of how Jurassic Park could’ve been had a different director been in charge of the product. Loosely based on the Carnosaur novel by John Brosnan they feature dinosaurs in the modern world in a b-movie format. 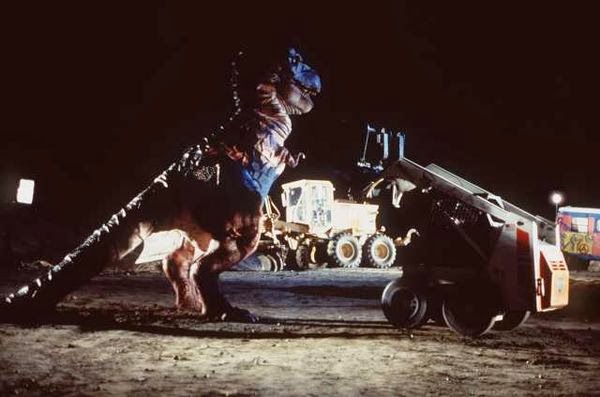 Jane Triptree is a mad scientist and boy is she mad, she uses chickens and genetic engineering to bring back dinosaurs because dinos should rule the earth. It’s filmed like a low budget horror movie and It’s just not for me, especially since there are no memorable charactes. The plot is weak but could’ve worked with a bit more imagination or fun. I mean you have a bunch of velociraptor or t-rex like dinosaurs in the movie running in the modern world and a female mad scientist. Like Aliens the dinosaurs sort of pop out but more like a natural birth, also like aliens you have a final fight with heavy equipment vs the carnosaur. The ending with the military killing everyone is very Resident Evil like and I approve. The kid impales the flippin’ T-Rex with a crane and it’s as awesome as it sounds. 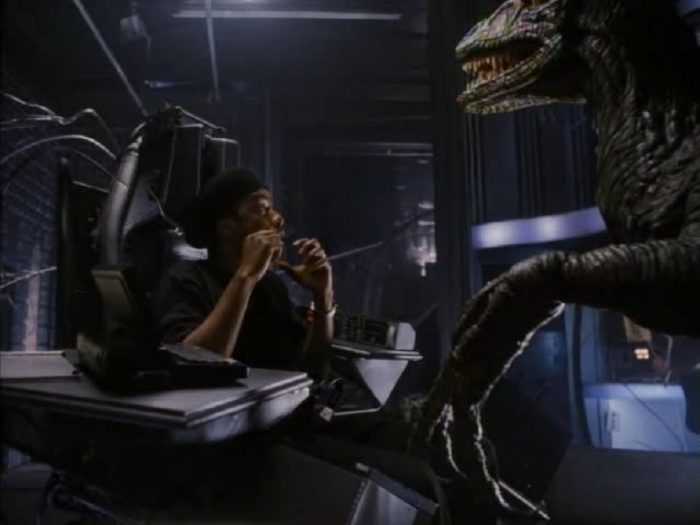 The sequel to carnosaur is much better in terms of pacing and how the plot progresses, the first film had a better plot than how it was shown. This time the military from the first movie apparently took some eggs for further study and put them in a nuclear facility. The eggs hatch killing the scientists there and now the nuclear plant is going to melt down which is why technicians are sent. A teenager who was doing teenager rebellious stuff joins in. Slowly they start to realize what is happening and they’re stuck in the nuclear facility with dinosaurs. A lot more fun and less hokey but still b-movie. There are parts that feel straight out of a survival horror video game from the 90s like Resident Evil or even Dino Crisis. 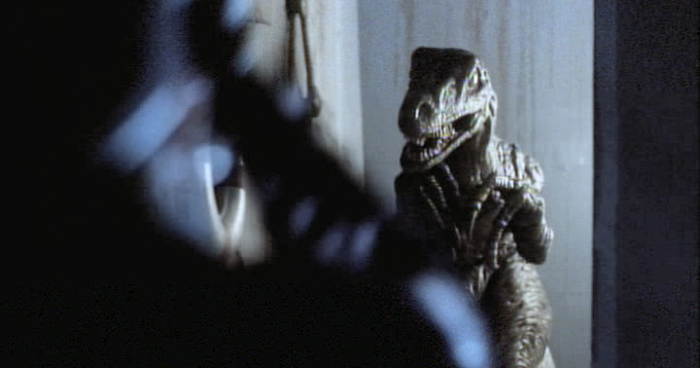 This is the movie with a convoluted plot but interesting premise for this series at least since they at least went out of their way to make it new. You have a terrorist who intercept an Uranium shipment only to discover there are dinosaurs inside which kill almost all of them, there are 2 Raptors and a T-Rex. We later learn the government kept them to be able to reverse engineer and cure diseases we now have a team lead by Col. Rance Higgins who is the anti-terrorist special forces and they learn from Dr. Hodges the story of the carnosaurs and why they need them alive. They get some back up by marines and learn that they’re breeding, they get on a ship, many people die, the ship blows up, dinosaurs are killed. We think it’s a happy ending only to see that at least one extra Raptor existed and survived. Not as crazy, a little more chatty, bad effects, not as good as #2 or even the first but could’ve been worse. 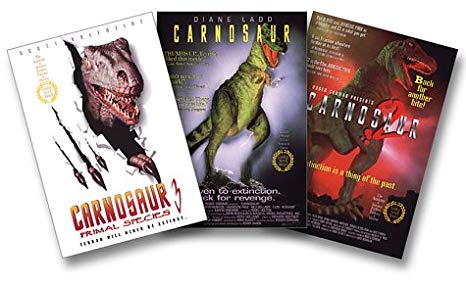 And with that we finish the carnosaur trilogy, there are two other movies that are so called sequels or spin-offs but they really aren’t besides using the same footage from this trilogy, I’m sure we’ll take a look back at them eventually. Overall this trilogy is bad, but it has some redeeming features, the story is sort of congruent and you had some neat ideas, you just needed a higher budget. They’re not great thrillers or horror movies either, no fan service, so in general the movies are missing something to make them cult classics but they’re still alright. For more dinosaur action click here.