The Land Before Time Franchise With 14 movies and one (well maybe two) TV Shows, it was a long franchise that gets a lot of hate. The original movie had the likes of Don Bluth, George Lucas and Stephen Spielberg working on it so no wonder it’s a classic, but the sequels that came after it have not fared so well. Most people will dismiss all the sequels without actually having watched most of them and it’s unfair, especially when they praise the first few sequels since they’re the ones they watched as being not that bad when they’re far from the best. 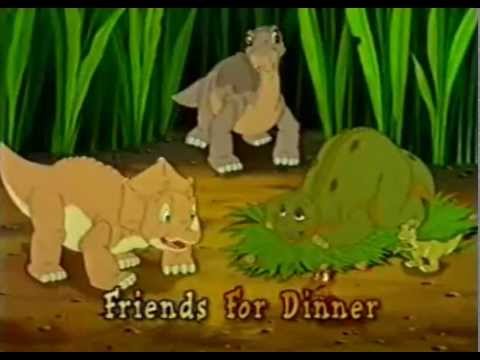 Now here at MiscRave we have actually seen all the movies and animated shows and wish we could get a new sequel to the series (please no CG Reboot!). So we’re ranking the movie sequels to the Land Before Time, only the sequels since the original would obviously win the first place, and the animated show is skipped since it’s unfair to judge the whole show and there isn’t any one episode that is strong enough to make the list, especially since the stronger ones involved having watched the movie related to it..

Often cited as the only good sequel, this couldn’t be more wrong as it’s easily a fairly mediocre film and nowhere near a good sequel movie. It somehow did reach the fifth spot on this list for all the wrong reasons since it did introduce Chomper to the group who eventually (after many movies) becomes a main member of the group,. The movie isn’t particularly good in any respect but at the very least they tried to keep it simple and it brings some context to some later sequels including the one next on the list. Besides those reasons it was mostly nostalgia alone made this movie go all the way up to the fifth spot or it would’ve otherwise been much much farther down the list. 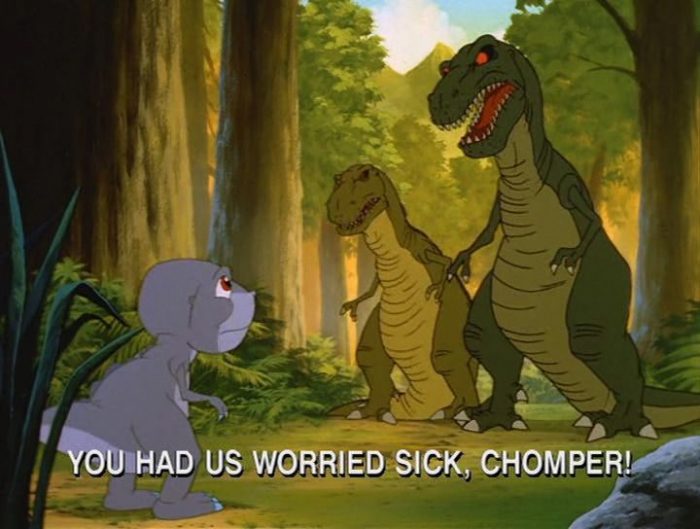 Perhaps a reference to Jules Vernes’ novel, you see the little foot gang get lost in the dumbest way and yet somehow this movie is fairly entertaining, it’s the second appearance of Chomper, but we also get his parents and a gigantosaurus. It brings two of the best songs the land before time series ever produced with Deep Water and friends for dinner. Cute little story wraps it all around

This one is kind of a weird story where they try to bring some mythology to the series, you think it connects with the original movie with the reference but it’s not. In the end you get a nice feel good story of a long neck that is a hero sort of and the mystery in general is an interesting story that keeps you entertained more than the usual movie that feels like a hour and a half long 30 minute episode. 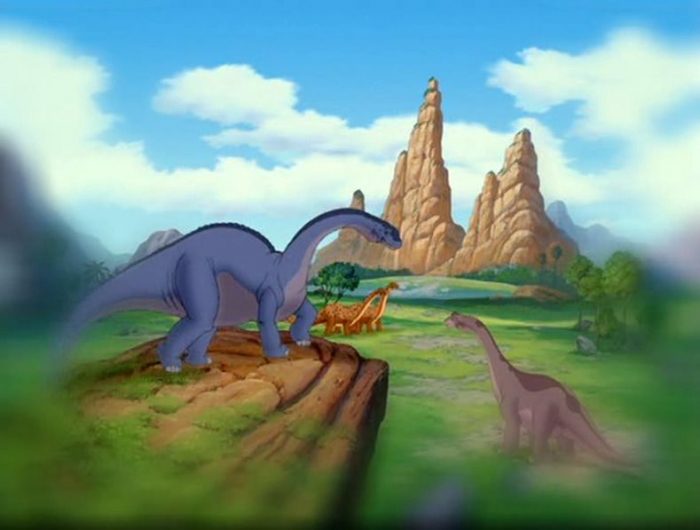 Here we get to meet Little Foot’s father, while we had already gotten a father figure sort of in the sixth film, here we actually get the real deal, an in continuity explanation of where he is and why he wasn’t in the original film and while now we know his father never died before the first movie, I guess it’s not something that affects the original movie too much, especially if you’ve already been watching 9 sequels by this point it won’t affect the original stories intention much more.

Roaring @ 1 XIX Journey of the Brave

Ironically enough the best movie is the last one, after taking a break from releasing a movie yearly for over a decade and a tv show because of lack of interest; It was Jurassic World which got Universal to try it out one more time. The themes of this movie definitely share some with the original, the animation is the best it’s been since the first one as well and it’s a blast. It isn’t a reboot, in fact it has characters and references that connect it with every other sequel but you can also watch it as a sequel to the original if you so wish. Sadly it wasn’t a success and no more were made but at least the franchise went out with the best sequel last.

As you can see the sequels actually got better over time and while there were stinkers in between the better sequels, each good sequel was a little better than the previous one so in terms of quality the movies were getting better. Most of them did incorporate some type of gimmick and new addition to keep things entertaining but it worked. Now you can also see a list of the top 5 worst The Land Before Time Films.