The Power Rangers were getting a movie, I was quick to let my parents know that I was going to be there on release to see it. The poster intrigued me as I did not know who that pig monster was, surely he would be introduced in an episode that I hadn’t seen. Eventually the movie came out and I watched it and saw the origins of the new powers and I was delighted, it was everything I could ask for since I started watching season 1. 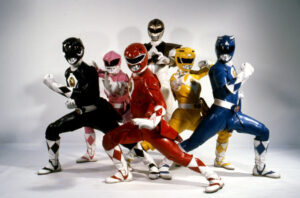 At a later time I see some previews for the newest season of Mighty Morphin’ Power Rangers and I see the zords and Ninja motif that we had been introduced to in the movie and I grow in excitement to see what’s going on. I watch the first episodes of the season and something is going horribly wrong, they are re-telling the story of the movie and contradicting everything I had just seen a few months before..was it no longer in continuity? 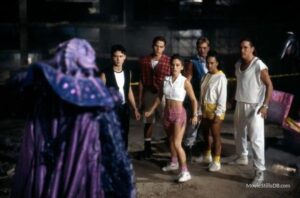 I remember not liking the Ninja powers 4-parter origin a lot and I still think it’s awful today even though that for some reason the Power Rangers fandom says it’s better than the movie origin which couldn’t be further from the truth. The movie origin is much better and told in pretty much the same amount of time as they have similar running times so there were no advantages on either side. I really wish they had used the movie as the origin instead of what we got, I’m aware they didn’t own the movie but they could’ve just started the season with the new Zords and reference without specifying how they had gotten the new powers. But I”m not here to review the movie yet or Season 3 again. 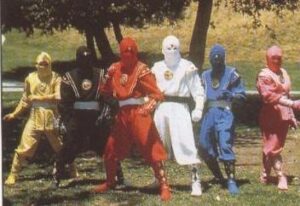 Even as a kid I tried to find a way to make a logical explanation for all that had happened and now I can officially say that thanks to that I’ll consider Mighty Morphin’ Power Rangers The Movie canon to the show and in continuity with it since it makes no sense to leave it all by itself. The questions some of you may ask is “Why?” or a just “IT”S NOT IN CONTINUITY” comment but listen up. Here we have this one story that includes all the original actors, their personalities, adds backstory to ones we know like Zordon, feels like it’s straight out of MMPR and you want it to just be an alternate universe that only has one story? Of course it’s not a perfect fit but most things can be explained away and if we can make a Kimberly spin-off fit into our timelines then why not an official movie? 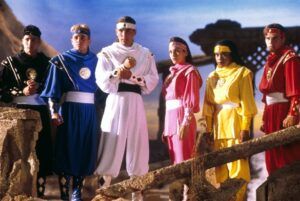 So let’s work out all the kinks.. You obviously have to ignore why the suits look different but that isn’t a big deal or say their extra equipment that they use. But really it’s not that important since it can be something Billy added to the suits only to never be used again, not unlike the many other inventions from the show that only lasted an episode. Special upgrades. Mordant? He went home if we take his backstory seriously that he’s a cousin of Goldar but that’s not in the movie and if we don’t take that into account he could easily just be considered a random monster like the ones from the show that are sometimes seen hanging out with the villains. So far so good, it’s not that difficult to hand wave some of those smaller details. 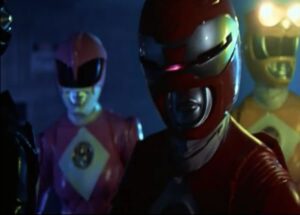 The biggest problem most will snap at is “but they get the Ninja Powers in both stories!” but fear not as I’ve got a solution to it. The movie never references that the Zords are new nor that they are getting new powers. All you really know is that they lost their powers and needed to go to another planet to get them back. This is perfect as it places the movie as if its taking place after the Season 3 4-parter Ninja Quest and they already have the Ninja Powers but those are the powers they lose and try to get back and not the dinosaur/thunder ones which you assume when watching the movie. Sure you can argue that in the movie the emblems changed from Dinosaurs to the ninja animals later in the movie which you can just ignore like we do the badly dubbed lines when Thuy Trang, Walter Jones and Austin St. John left the show but the producers pretende they were still there. I mean those suits don’t even make any sense anymore by Season 3 anyway so the Movie quest might’ve just added that special “umph” needed for the coins to change. 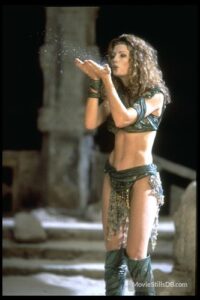 Other problems you may pick up on is when they get their animal spirits but none of them really act like it’s something new for the exception of Adam as he shows disappointment in being a Frog but this also has a very simple and convoluted explanation. In the TV show version of the powers Ninja Quest they never give them animal spirits, they just have those Zords with no explanation given so it’s normal for them not to know that their animal powers were indeed related to their Zords which is why they had chosen them and yet they thought they were just random animal zords. After those explanations stuff like Ninja suits looking horribly on the show are not even something that important to even point out. 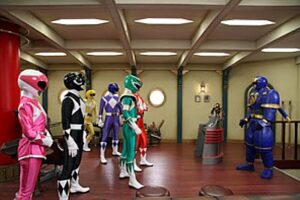 Again you may ask as to why go through all this trouble? As mentioned before besides adding this epic adventure into canon with the show which it deserves to be a part of and not a forgotten “elseworld/gaiden” tale. I mean Ivan Ooze is an awesome villain that deserves to have been a part of the legacy. I don’t agree alone on this as the SNES Mighty Morphin’ Power Rangers the Movie game basically combines Season 2 with the movie continuity and this was done back in 1995 as they also thought it made no sense for it to be a separate tale. but the biggest reason is that this way you can at least say that the Rangers did not have to downgrade their Ninja mentor from Dulcea to Ninjor and with that I sign off for today. 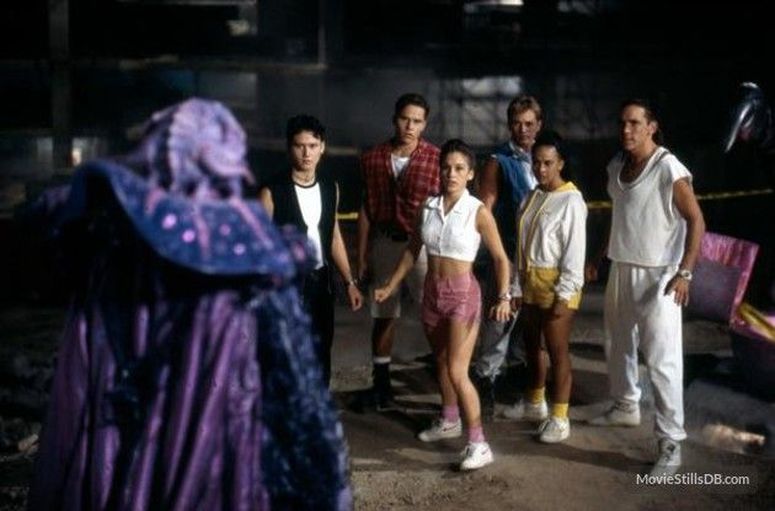 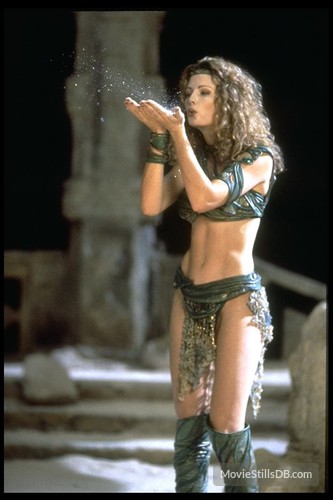 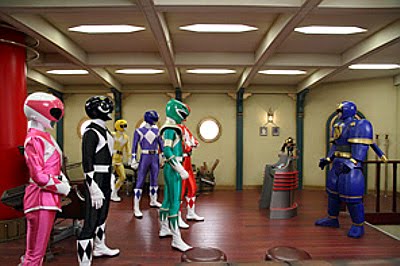 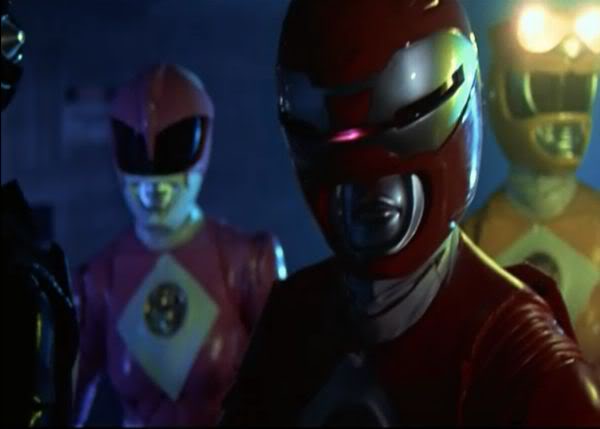 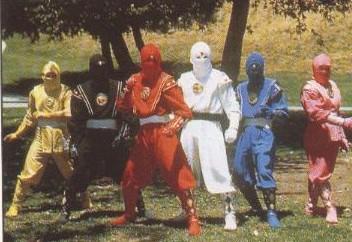 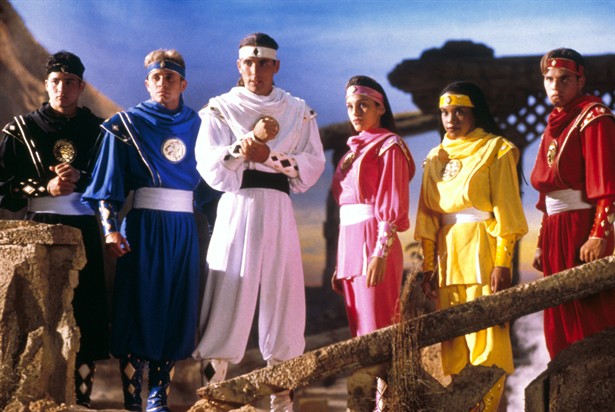 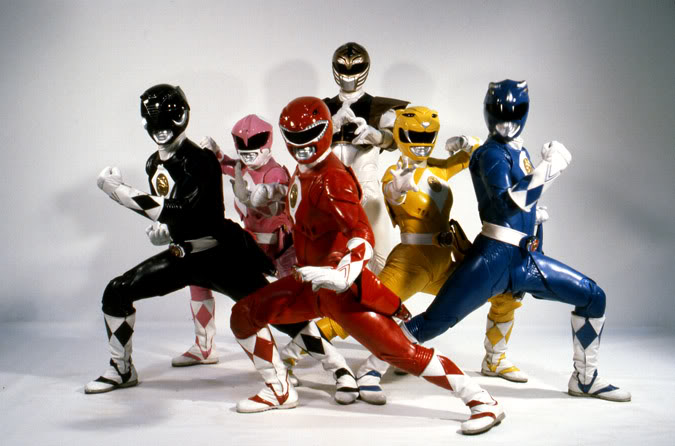