After everyone complained that the first Matrix game Enter The Matrix didn’t have Neo; They decided to make a new game that was all about Neo’s journey to becoming the one. The game came out after the hype for the Matrix trilogy had died with a game that did improve the gameplay flaws and giving us the trilogy in game form. In a way it was good to see the interesting mechanics polished since it’s what the first game needed but it was a downgrade when it came to the plot since it wasn’t an all original story. Still, it gives us a different take and added lore to what happened in the Trilogy which we’ll take a look at. 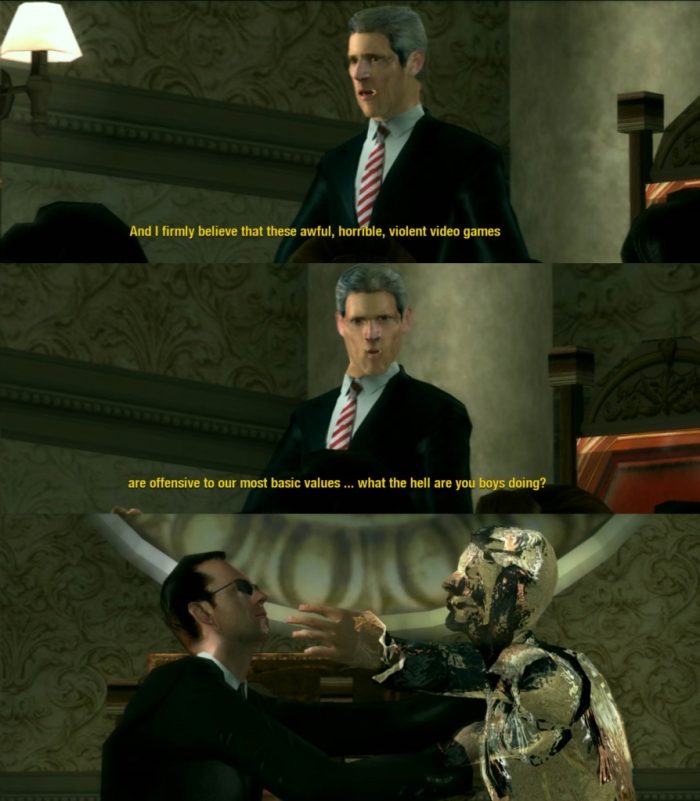 Shiny Entertainment did get creative with the game and added a few details that are interesting. Whether you want to think that these, did these things happpen? perhaps we just didn’t see it in the actual movie but they did take place, They don’t contradict anything for the most part and for others they actually contribute and they make sense. We get some What if? scenarios like what if he takes the blue pill or what if he does escape smith and gets rescued by Trinity in the beginning of the first film. The most important aspect is that the game was written and directed by the Wachowski’s themselves.

Some scenes needed to be extended for the game, in the office we see it wasn’t as easy for Mr. Anderson to get out of his old cubicle work as he avoided agents and coworkers spoke behind his back. We also see him actually walk on the scaffold for a while, so he didn’t chicken out immediately and gets to have a brief encounter with Agent Smith. 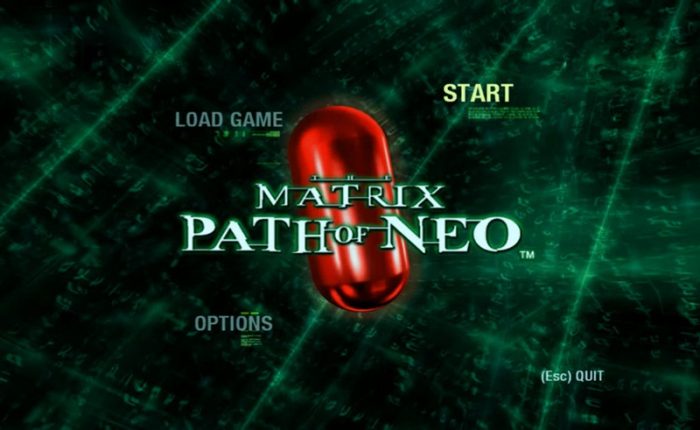 We also get to see what he feels like when he takes the red pill as he trips out and get to play a lot of his training modules we never see during the movie. Some of the trainings are Japanese themed and overall fun. We get to see him interact and build his relationship with Trinity in these training modules and that actually makes their pairing feel more believable, we get some good flirty interactions there.

It’s here that we see the training modules can have bugs and put the life of the person in danger and we find out that Neo is the self proclaimed ultimate gamer. Not many of us knew that before. We see the exact training module that Neo uses to learn Kung Fu before waking up to tell Morpheus and fight him. As mentioned many scenes are much longer and we see what more happened in those scenes whether when they go to to the ambush zone after meeting the Oracle or when they rescue Morpheus. 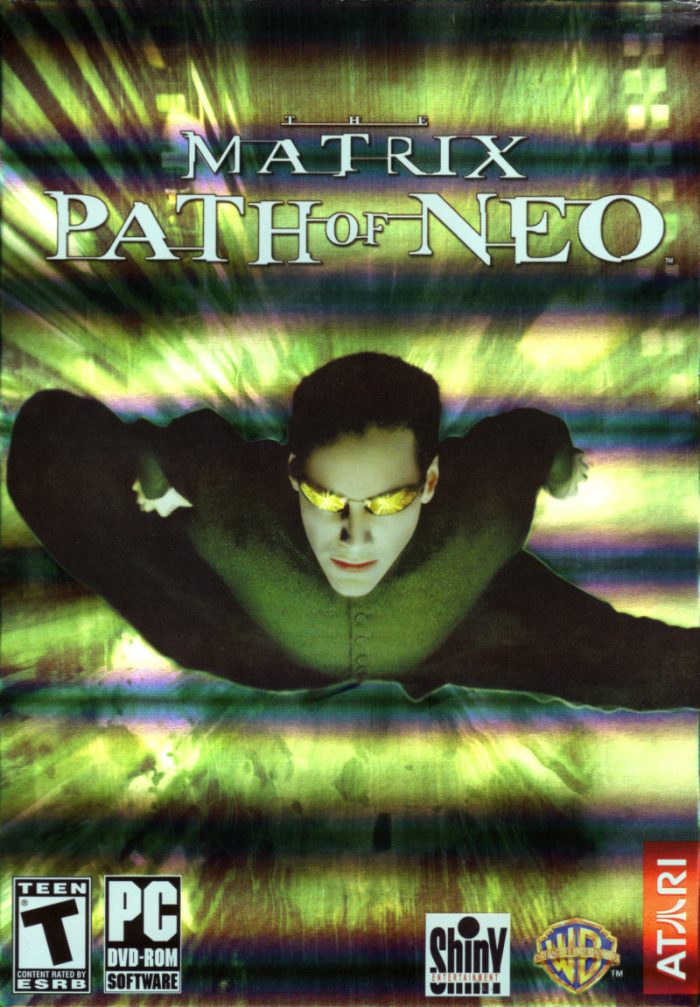 The subway fight is also longer and we get to see Neo have to fight Smith more than once and even a swat team. After this Neo gets stuck on a subway where the matrix code is corrupted so he’s on a loop and needs to figure out how to escape it. After the first movie ends we do get a few stories in between before reloaded takes place. They are usually dealing with some type of person that is abusing flaws in the Matrix or are figuring it out and agents try to stop them so Neo interferes as a protector, similarly to the way he did with the Kid from the Animatrix.

Whithin these we meet a healer, a girl in a night club full of vampire rogue programs, a girl who finds a law in the library and the philosophical Chuang Tzu that the agents wanted to kill, “How do you know that it is bad to be dead”. We end with a guy stuck in the stairs of a church because of a glitch for two weeks. All around it’s definitely interesting to go through these, especially since the sequels don’t have much action content with Neo. 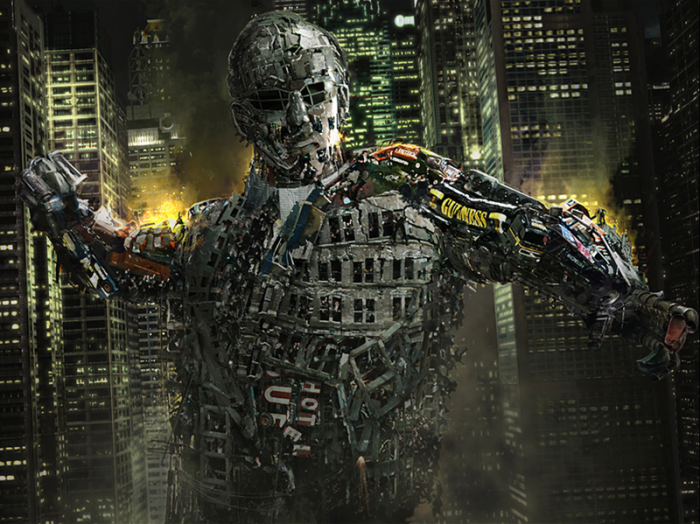 We then get to Reloaded we see Neo help Ballard and also later Niobe escape, and it’s nice seeing Neo have more interactions with some of the extra cast of the movie. The fight with Seraph gets meta as we see them fight in a movie theater playing the same fight of Reloaded on the background in an extended version of that fight. We also get an extended fight against Smiths that we didn’t see when they’re rescuing the Key maker which leads to a cameo of the lawyer Jack Thompson. 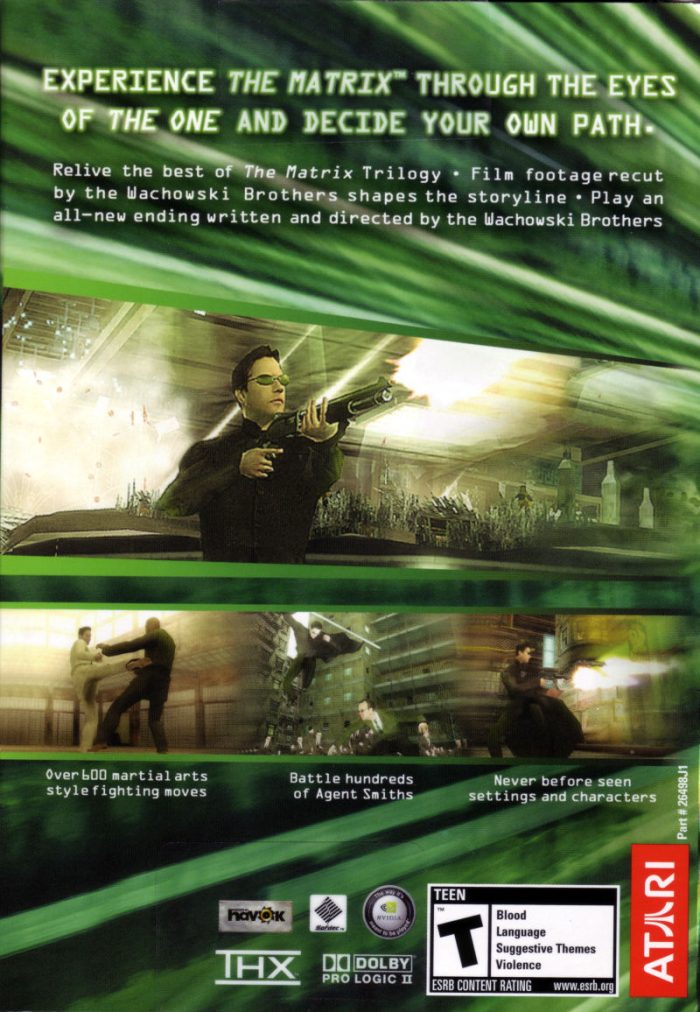 It’s great to see all the extended scenes in the mansion of the Merovingian as the rogue programs were always one of the most interesting aspect of the sequels and we get plenty of missions there with sacrifices and what not. There is only one scene in the real world and its his real world fight with “human” Smith in fact there aren’t many scenes from Revolutions since there wasn’t much there to choose or expand on. But we do get an altered ending were all the cloned smith virus join together to become a gigantic mecha Smith made up of random parts including cars and gigantic sun glasses before the ending which is an edited version where it seems like everything is happy ever after because Neo won.

The Wachowski’s make a cameo as 2D Atari sprite versions of themselves to let us know this is happening. Overall you can’t take everything here as replacing the version you saw on cinemas but any of the extra or extended scenes that add to the story should defintiely be considered as happening and if Enter The Matrix ever gets a remaster then this should too counting it’s the same engine and models, they’re polished up since it came out later. If you’re a fan it’s worth playing or at least watching the movie version of The Matrix Trilogy through Neo’s eyes. After watching The Matrix Resurrections, in a way it feels like this game is the game that Neo created in the matrix, now how is that for meta.