Kirby Right Back At Ya! is the cutest hardcore anime 4Kids ever dubbed

After the success of the Pokemon anime worldwide and realizing that not only was it a hit but it also helped promote their game perfectly Nintendo decided to try anime and Kirby was the first with Hoshi no Kirby (Kirby of the Stars). It was localized as Kirby Right Back At Ya by 4Kids since they had done such a great job in making the Pokemon anime a success and dubbed all episodes of the impressive 100 episode run. Not bad for a pink ball but this cartoon is often overlooked so let’s take a look at it and see how it really is. 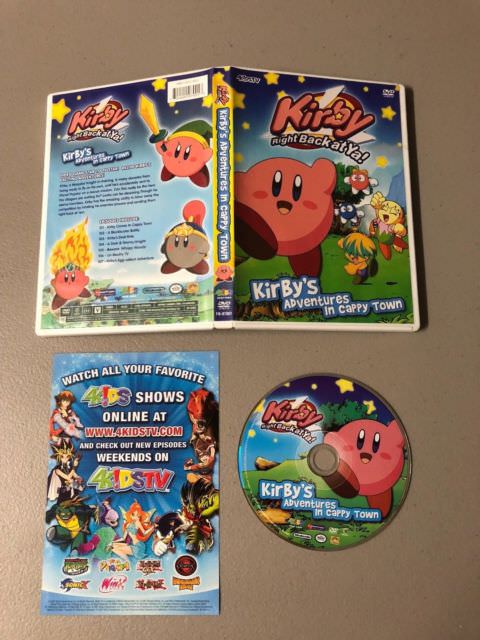 Let’s get the basics out of the way, yeah 4K!ds dubbed over the show and it’s the way I watched the show, the source material didn’t give that many reasons for 4Kids to ban episodes or too many edits like Pokemon had but it does feature plenty of the things you’d expect from them like remove text, alcohol references, guns etc. The music is changed to a more generic soundtrack as well and episodes were moved around but none were skipped. The voices are definitely an Americanized version for the majority and for the game characters they don’t sound like what you’d expect any of them would, but that’s what makes their odd choices for them good since they are so out there it just kind of works. Spanish Zorro Meta knight? Southern Bully King DeDeDe? Hell yeah! 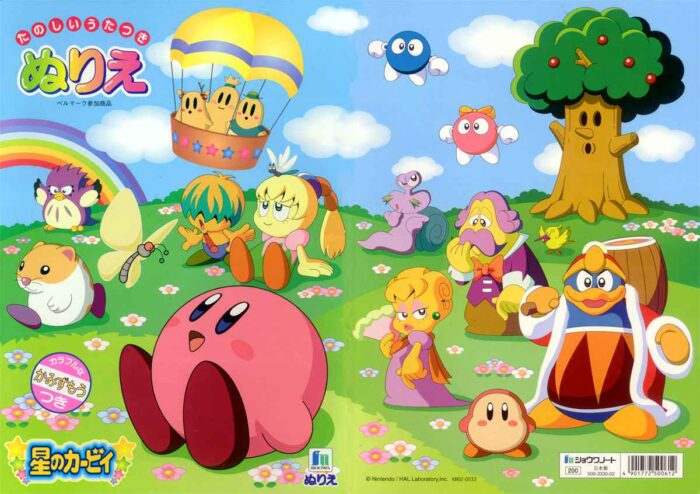 I caught plenty of episodes of the show when it aired Saturday mornings and always found the show decent, this is aimed strictly at kids so my expectations were set accordingly. I was surprised that this show with its limited appeal got to have a good run and all of them localized for TV as well. As inferior as the dub version might be I think the original would just bore me since at the end of the day it’s a kids show and watching the dub means I don’t have to pay as much attention to what’s happening if I can listen to it, the odd voices also add personality to the characters, they already don’t behave like their game counterparts so it’s perfectly fine for them to sound so odd as well.

The show doesn’t really adapt any of the games even if it uses characters from the franchise as it adds its own spin on things and that’s cool. Kirby doesn’t talk and that’s what gives so much personality to him as he’s just a cute baby who can be a badass but completely oblivious to what is happening. King DeDeDe is just a big bully as I mentioned and uses a company NME to get monsters to mess with Kirby who end up being the nightmare monster final boss that most Kirby games usually have. For original characters you have Escargoon who is a snail and a jerk who does DeDeDe’s bidding, he’s rather annoying but I’d like to see him become a real character. 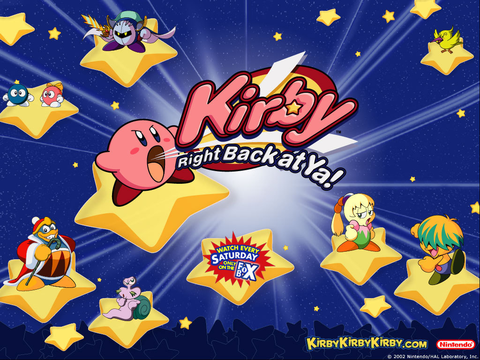 You also have Tiff and Tuff who are basically annoying kids who help the plot of the episodes progress a little better since Kirby doesn’t talk. There are other characters mostly the Cappy who live in Cappy town and they’re well Lazy Town like zombies who are easily tricked and swayed but with their little personality quirks. Enemies and friends from the Kirby series appear with totally different personalities and origins but it’s still cool to see them there. The show has that late 90s/early 00s anime look but it also includes 3D scenes which are incredibly dated but I personally love them since they are that very specific mid 00s pre-rendered CG look that games had. 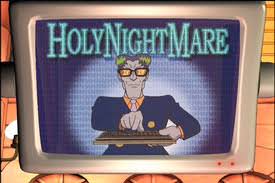 Most episodes are just monster of the day and Kirby uses an ability he acquires since he’s a star warrior to save the planet popstar. There are story arcs, heart breaking episodes and action filled ones in the mix as well that make it interesting. These isn’t a Nintendo Animated Universe like the American shows but Kirby found success were F-Zero did not in his anime adaptation. It went for a different audience and succeeded, I watched 100 episodes of it and it was a fun ride through Dreamland. The animated show isn’t for everyone but if small kids or Kirby fans will definitely enjoy it. 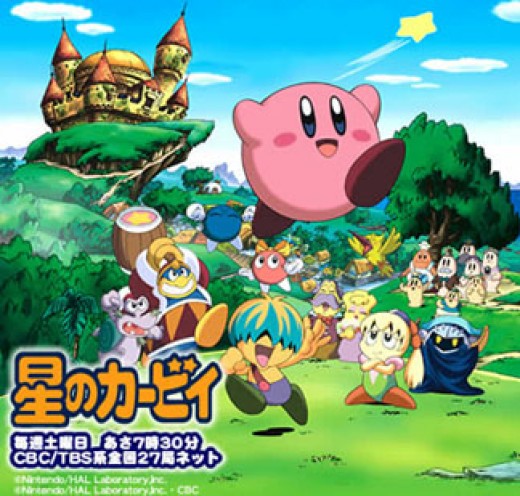 Kirby right back at ya poster