Kamen Rider: The First & The Next are the best way to get into Kamen Rider

When Kamen Rider became a thing again in the Heisei era Toei thought it’d be a good idea to remind them of the originals so we got a movie that is a remake to the original Showa era Kamen Rider show with Ichigo and Nigo Kamen Rider 1 and 2 in 2005 aimed at an older audience for the more mature Heisei series but also for the people who grew up with the original Tokusatsu series. It got a sequel with V3 the second series as the rider for the show in 2007. They aren’t very well regarded by fans and we never got a third movie but generally the movies are far from bad and easily better than much of the main Kamen Rider content and movies. 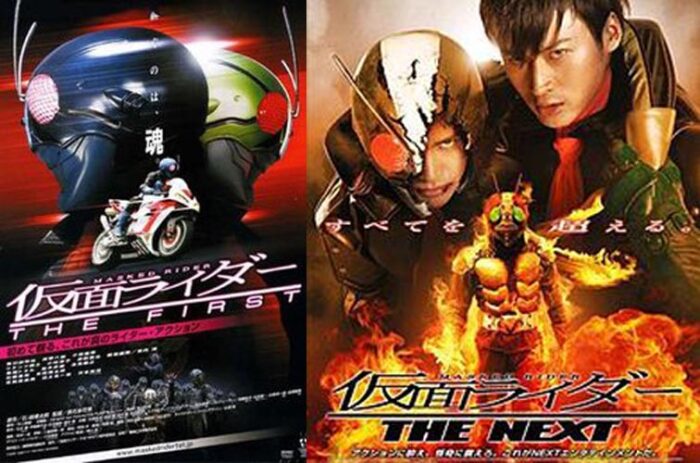 The story is an origin and it flows well since it’s nothing too complicated and there isn’t a need to rush for a completely happy ending. Adding Kamen Rider 2 to the movie takes time from Kamen Rider 1 but while it works, especially since the original series had both riders early on perhaps more could’ve been done with only one Rider. The love story is not the strongest but then again it’s never in any of the Kamen Rider shows. 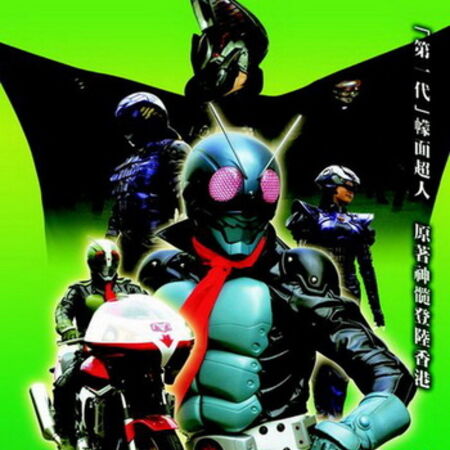 As far as the designs and they are actually quite good. They feel respectful to the source material while still feeling modern. The suits are cool in my book as well as the ones used for the villains, my main complain is that you can see their necks at times since some like to think that it’s more than just a helmet but that’s the realistic approach that they were going for. The hair on the back looks a bit ridiculous too but the original suits were somewhat similar. 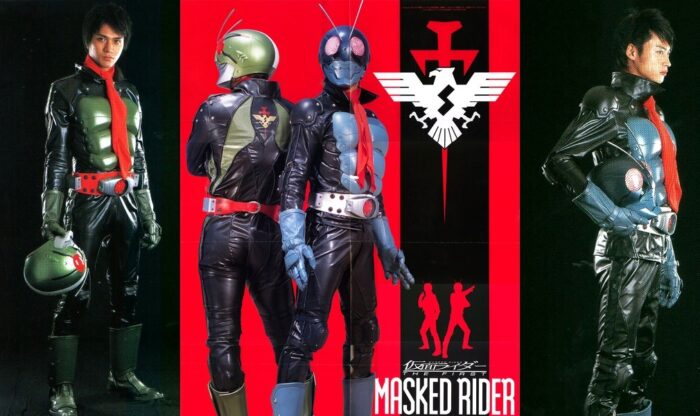 The more Batman Begins realistic approach at the franchise worked and while they had to sacrifice the more fun moments of calling out attacks, it doesn’t affect it. The fights with shocker grunts actually feel like they are mattered since they put emphasis that it’s not that they’re strong but the numbers game that makes them something to fear.

The side story of the two hospital members has a nice twist in the end which redeems it but still too much time was spent on those segments. They could’ve been shorter and still gotten to the same point they wanted to. All that time could’ve been used for perhaps the Kamen Riders to fight another shocker monster which does feel needed. The explosions work fine when finishing off enemies but if we’d gotten a fatality like in Kamen Rider Shin it would’ve been great as well.

Kamen Rider The Next 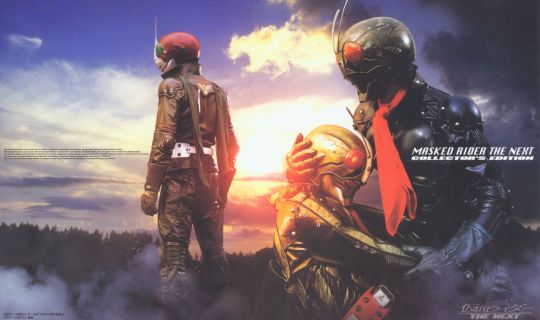 We got a sequel two years later and the cover makes you think it deals with the two main Riders no longer being able to fight and Kamen Rider V3 taking up the mantle. Thinking it’s that it feels like a waste since you got to know the two main riders last time and wanted more adventures but now you get a new one and unlike in the show where you have many episodes to appreciate it, one movie is not enough. The plot is not like that since V3 is actually a villain for most of the movie and it worked very well. 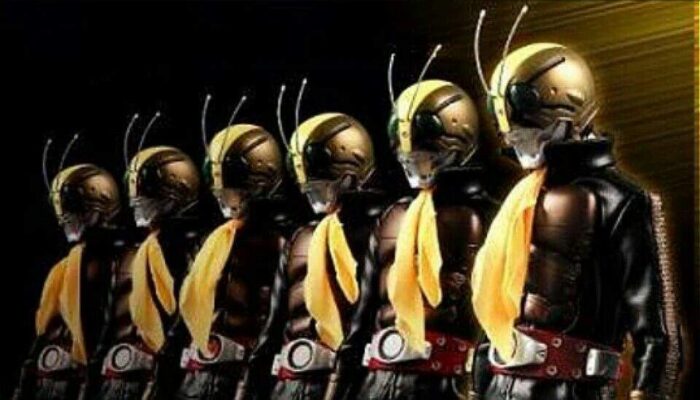 The design of Kamen Rider V3 is not as good as the one for Ichigo and Nigo but neither is the original V3 suit which what set it apart is that it’s brighter but that’s not a factor here. The other villain costumes like the one for Scissor Jaguar is great and they made a threatening look that works from a rather cartoony villain in the original show. Shocker Riders look good as well but they’re just the same designs of Kamen Rider 1 and 2 but yeah this actually makes the shows feel more threatening. 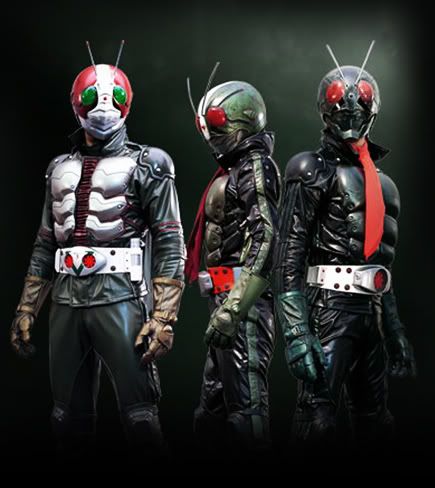 Another great thing these two movies do is that we get to see the motorcycles in action and have some relevancy which some of the series’ seem to struggle into incorporating the whole Rider moniker into the show. Unlike the first movie this one does feel a bit more mature and in a way like a horror movie like the Ring or the Grudge. Mixed opinions on this as we spend too much time on this mystery.

The ending is satisfying and it makes you want to get another movie to see where the story would’ve gone. It isn’t likely that they would’ve introduced another rider but who knows, the secret ending implies the horror character wasn’t actually killed but she wasn’t a part of Shocker so it’s dumb, it might just be an Easter egg and non-canon since they are playing Pachinko Kamen Rider machines in the end which also doesn’t make sense in the movie continuity. Too bad we don’t see these riders in crossovers since they deserve to be there. 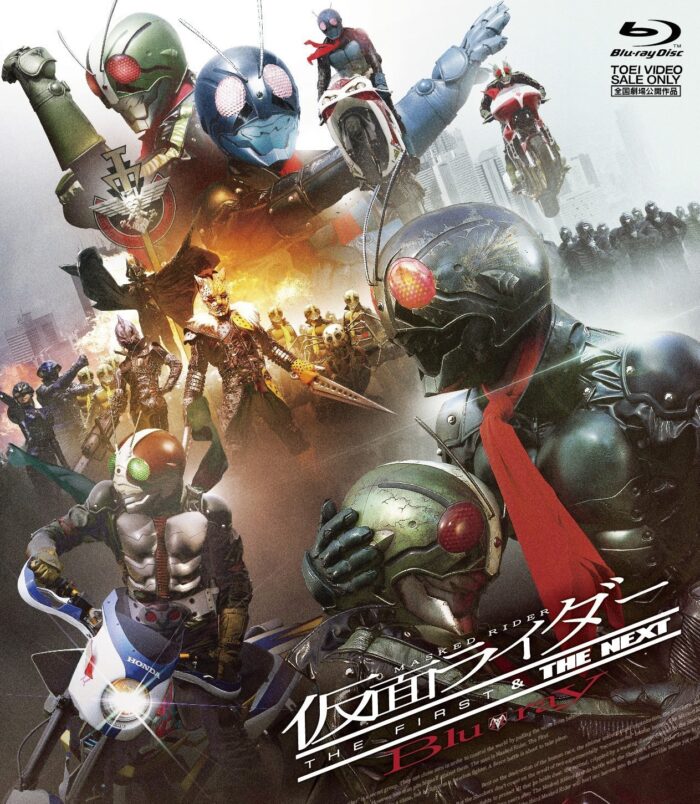 Overall both movies are quite good and easy to get into and a perfect way to get someone into Kamen Rider. Since they aren’t a full series and they take themselves more seriously it’s easier for someone who say likes Marvel or superhero movies to check it out than the show which they will associate with Power Rangers. The movies deserve a better reputation and with so many “just ok” Heisei rider series perhaps more will give them a chance in a re-watch than when it was mostly great series after great series which might’ve hurt the first viewings to many.