Looking back on.. Jungle Girl & the Lost Island of the Dinosaurs

I’m a big fan of both Dinosaurs and the Jungle Girl trope so when you mix both together we should get something awesome right? I came across this animated movie that does just this and it didn’t seem too promising but such an obscure movie was worth a look so here we are. 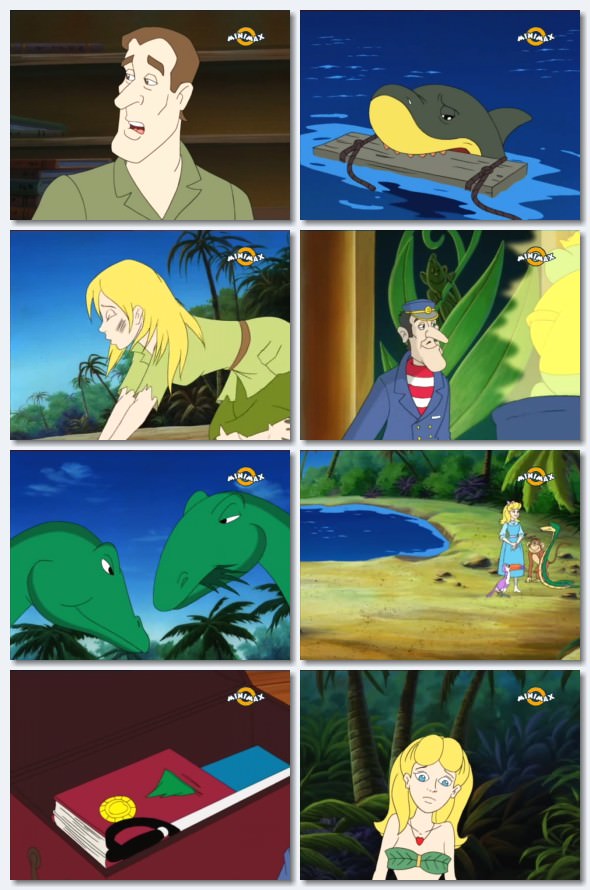 The plot is basically about an English girl named Emma Sharp who hates nature and travels with her father but one day becomes shipwrecked on an island along her father, the captain and sailor of the ship. Emma is bratty and her story arc is that she discovers her bravery but she never becomes a great character. The Captain and the Sailor are the antagonists want to get the Golden Monkey which is the treasure of the island but if it’s taken the island will explode because reasons. Emma goes on her journey to stop them as her father sleeps.. 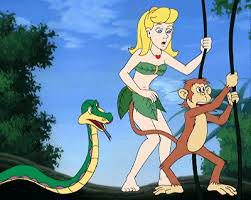 This looks like it was very cheaply made in the 80s or maybe 90s, it’s hard to imagine that it actually came out in the 2001 or 2002. It feels like those animated sequences in computer games from the 90s both in style and acting. That actually gives it somewhat of a charm oddly enough but maybe I’m just too much of a fan of the CDi Zelda game cutscenes. 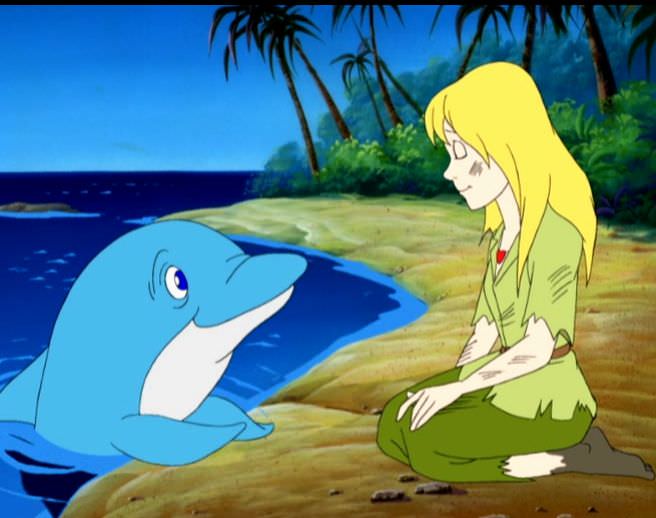 There’s a Dolphin that talks and later she meets other animals that talk and help Emma. For some reason the animals make her take off her jungle explorer outfit in favor of a leaf bikini that they make so she can be prepared, she also happens to change in front of the animals who look in delight. Eventually she finds dinosaurs and has to avoid their danger or as much as they are here, it’s not terribly done but then again there’s not much here that’s happening.

She eventually returns the Golden Monkey and somehow that stops the Volcano’s eruption which had already begun. This isn’t the best take on this Lost World type of story but I can’t say it’s too horrible either. I guess if a kid is young enough there’s more offensive dinosaur cartoons out there but I doubt anyone over 6 would enjoy it. Burbank Animation Studios apparently makes many movies like these but I wasn’t familiar with them. You can watch the entire movie below: 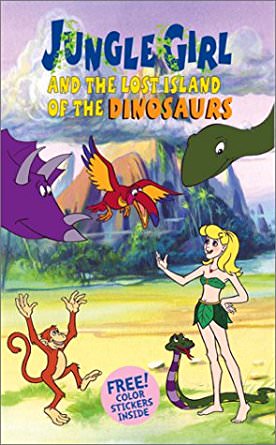