During the times of Web 1.0 having streaming video was sort of a privilege and not something very common you would find online but we did see the rise of flash which sort of gave us video in the early days. With it we got a few of the first internet memes on the internet, at least musical internet memes. Most of us have forgotten about them and some of us don’t know them so let’s take a look at some internet history. 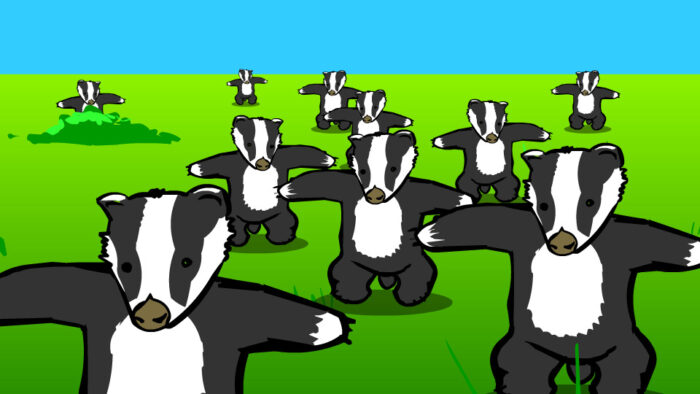 Thanks to the awful translation in the Sega game Zero Wing we got one of the most popular gaming internet memes that is still referenced to this day. hell the website, all your base are belong to us is still active. Even if its nearly two decades old it somehow still feels fresh and the internet tried hard to make Engrish feel overdone, now Someone set us up the memes. Classic.


By the time Badger Badger Badger, Mushroom, Snake came out most of us already had high speed internet. Thebadger website is still online and I loved putting this one up on the schools computers. I’ve probably spent more hours of my life looking at this over my life than any rational person would, then again there’s a one hour version of it on youtube so I could be wrong about that one. Hypnotizing.

Using the song The Buckwheat Boy, Ryan Gacencia Etrata; peanut butter jelly time became a hit sensation as it was so odd, I still remember everyone used to post the god damn bananas everywhere as emoticons to celebrate, glad that one thing kind of stopped. I’m surprised by how many of these websites are still active. It reached such relevance that it was even featured on Family Guy. Stupid yet amusing.

The Hamster Dance was never really a video but a website that had a screen of Hamster animated gifs, Hamtaro-look a likes were featured there as the music played in the background which took a while to load. This video is not really the original so if you want you can go to this website which is mostly a somewhat accurate representation of the original. Nostalgic.