A not very well known comic about a dinosaurs in a post-apocalyptic world called Xenozoic Tales had a cartoon in 1993 under the name of Cadillacs and Dinosaurs. An adaptation to an animated tv series that went under the radar for most despite there not being many other dinosaur cartoons in the wake of Jurassic Park. It only had one season of 13 episodes but it told enough of the world that you feel satisfied, so let’s have a small tribute to this cartoon. 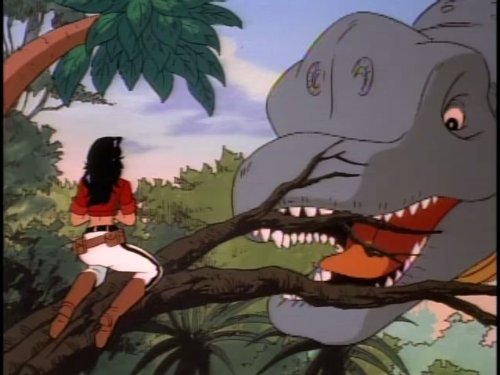 The show feels like a merge from 90s and 80s in terms of writing, it still has a few 80s safe episode writing from time to time but it also dwells into darker aspects. I guess it is not as action oriented as other shows in the 90s but not as boring as 80s cartoons. Most episodes are well written and you do get good action. It’s surprising to get decent plots and as mentioned already it just feels like it fits in the mid 90s just fine which is a big compliment with shows like Gargoyles and Batman to compare to. 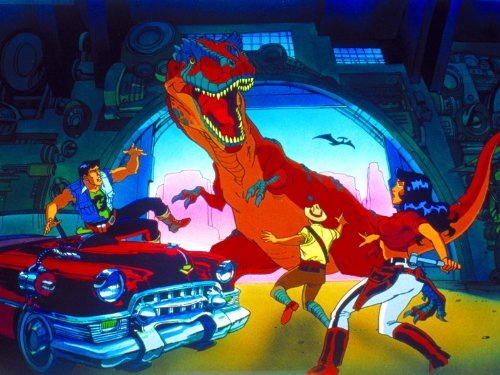 The setting as mentioned is in the future after humanity has basically destroyed themselves because of lack of care to the Earth and where driven underground. When humans came out they saw that now the earth was full of different creatures like Dinosaurs and because of all the time they spent hiding they lost a lot of knowledge of history, technology and among other things. There aren’t just dinosaurs but in general a more primitive and mystic earth. It’s an interesting setting and I love how ecological the theme of the show is. 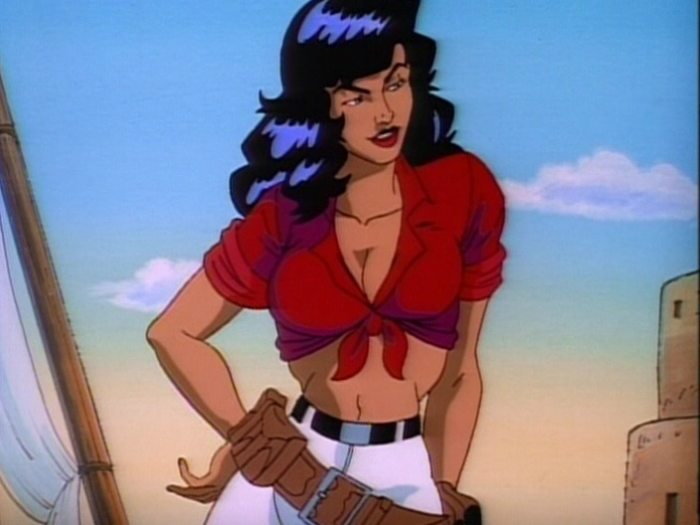 So, let’s talk a little about the characters, we have the main character Jack Tenrec who loves nature and would be friends with Captain Planet. He’s a mechanic and car engineer and hates politicians. He is totally for ecology and follows the Machinatio Vitae which is basically a book about respecting nature. He looks like your average car dude which doesn’t make him into a very appealing character design and his personality reeks of a boring good guy personality where he is a 100% role model, well for the most part. And it’s the fact that he sometimes doesn’t that makes him more interesting and the fact that he isn’t just a car jock.

We also have Hannah Dundee who is a scientist and politician as an ambassador from Wassoon as their diplomat. She is dressed in a rather southern outfit and has that look but like Jack her personality doesn’t fit her design. She is voluptuous with an innocent face and almost always drawn sexily on model most of the times. 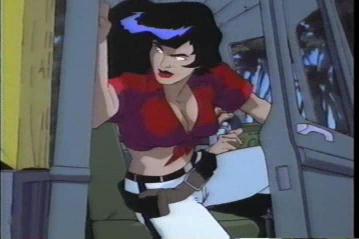 They’re not afraid of showing her two assets off which makes it a good adaptation. For the most part she plays a naive but strong woman who also wants just good. She usually has good chemistry with Tenric which makes their friendship more believable. 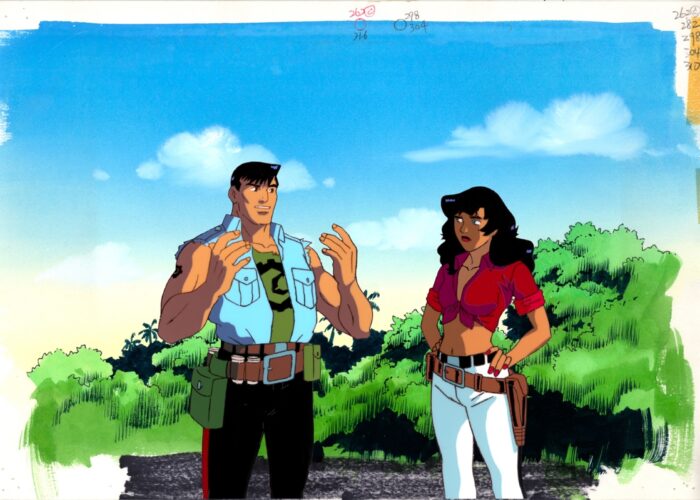 Other characters include Governor Wilhelmina Scharnhorst who is basically one of the antagonists because she’s the leader of the civilization and she’ll do whatever needs to be done to get more technology and better humanity which clashes with what should be done to preserve the balance of nature. We also have Hammer Terhune who is a poacher that sometimes works with the governor but also works on his own and usually clashes with Tenric. Some other minor characters include Mustapha Cairo who is a friend of Jack and has a cyborg leg but you barely see any of him or Mikla who works with the poachers.

The dinosaurs are called slithers here since they lost record of what these creatures are, though they do say dinosaurs from time to time. As such some dinosaurs have different names such as a cutter being an Allosaurus and a Shivet a T-Rex among others. For the most part they treat dinosaurs rather well since they do behave for the most part as animals, with the exception of Hermes who is a juvenile cutter and a pet of Jack even if it doesn’t make much sense. There aren’t many dinosaurs in the show though and not due to lack of budget since things are drawn here and not made like in live action, definitely needed more. 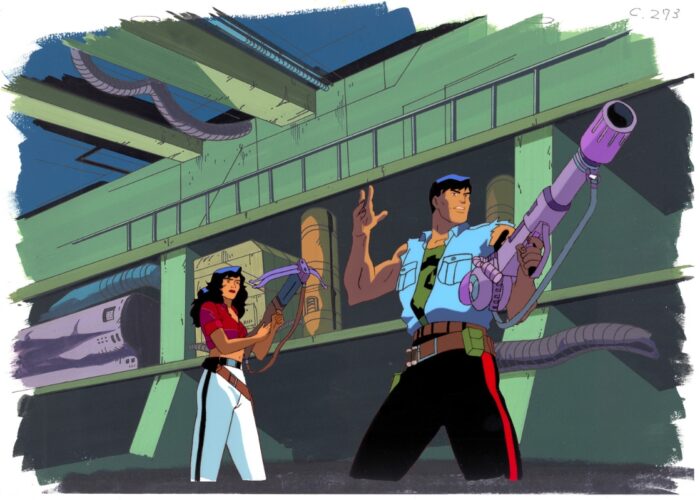 We do see other stuff like the Griths who are a race of lizard men who reside in caverns which is weird but cool lore about how the world went to crap thanks to humans and these creatures with psychic powers being like magicians of the modern world. We see other animals like the Sabre Tooth Tiger and thankfully besides a few references to Cadillacs, we actually don’t deal too much with cars which I’m not a huge fan of. 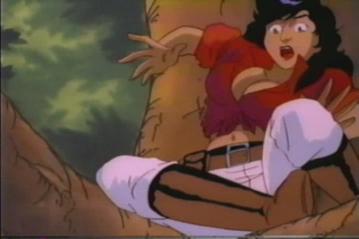 The theme song is not bad, I wouldn’t call it great either but I guess it’s iconic enough that you recognize it. The narration of what the show is about definitely make it not be as appealing though even if it sets up the show. The ending is just the same as the intro, now as far as the music, it isn’t bad, sometimes a bit generic but sometimes great, it’s just a hair short from iconic. The animation is good for such detailed character designs, and most episodes do not feel cheap even if some shortcuts are taken at times. Oddly enough when there’s less detail the animation is indeed smoother so we get a little best of both worlds. 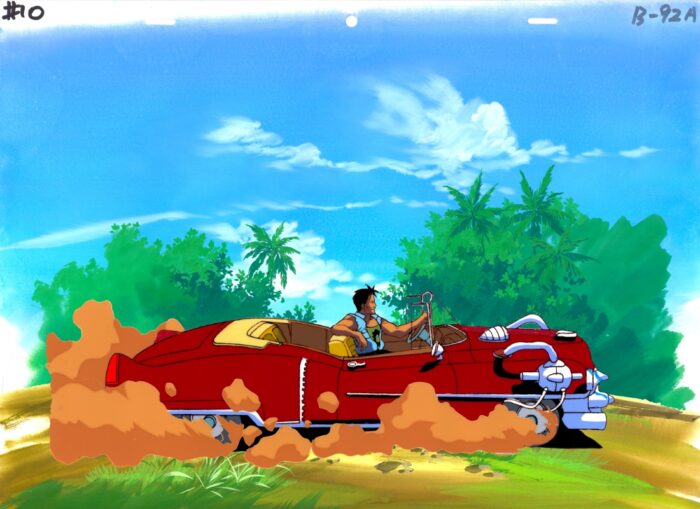 Even though the show is a lot about ecology it’s never too preachy, and for every generic plot about getting tricked we have great ones like the night episode. At least the last episode sort of works as a finale since we have Jack Tenrec’s cadillac blow up. The show didn’t have much of an ongoing arc so we don’t feel like we needed an ending even if you could tell many more stories in this world. So while it’s a shame we didn’t get a second season, it does just fine with one, and it’s definitely a great forgotten comic book cartoon adaptation. I’d love a new cartoon of Xenozoic tales, or anything from this franchise. For more dino action click here.