Zelda: The Wand of Gamelon & Link: Faces of Evil Remake

The infamous Phillips CDi games were at one point an obscure trivia footnote you found out about in the early days of the internet if you frequented the The Legend of Zelda fandom which eventually became very well known because of the rise of youtube. So enjoy this trailer for the remaster/remake/reboot of the now classic Zelda: The Wand of Gamelon and Link: Faces of Evil if full HD. 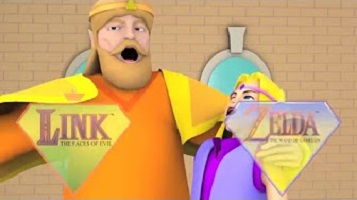 The attention to detail is amazing and it’s awesome seeing those now iconic cutscenes in 3D; Heck it even makes you want to play them and wish it were a real fan project. I’ve always had a softspot for the cdi games so to see it getting this tribute of sorts is fantastic instead of the generic “youtube poops” that made these scenes known to any gamer.