Nintendo 64 Tribute Memories: Get N64 or Get out!

The launch of the first 3D nintendo console had so much hype pretty much everywhere, originally called the Nintendo Ultra 64, you would see gaming magazines and tv shows like Nintendomania talking about it all the time. I was able to get the console just a month after it launched despite selling out everywhere and it gave me plenty of memories that today I consider it my favorite video game console. That early 3D era was something different and thankfully I was able to appreciate it at the right age. 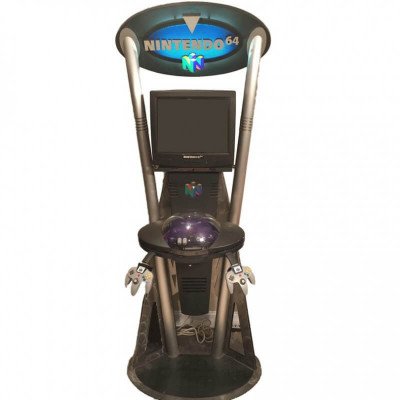 We got the N64 during a cruise we took to celebrate my sister’s birthday and all stores were sold out, but luckily we were able to get one from an Software Games Etc store. I was only able to get one game and of course it was Super Mario 64, sorry Pilotwings 64 nothing against you but I could only choose one and this time Mario was not bundled with the console. I did en up playing plenty of Pilotwings later on which was good in its own way but it was Super Mario 64 that sold the console and all that you really needed. In fact it was the only game I had for many months until Christmas and I didn’t need any other game as it kept me completely occupied. Even years later with other games it was a nice game to go back to from time to time. 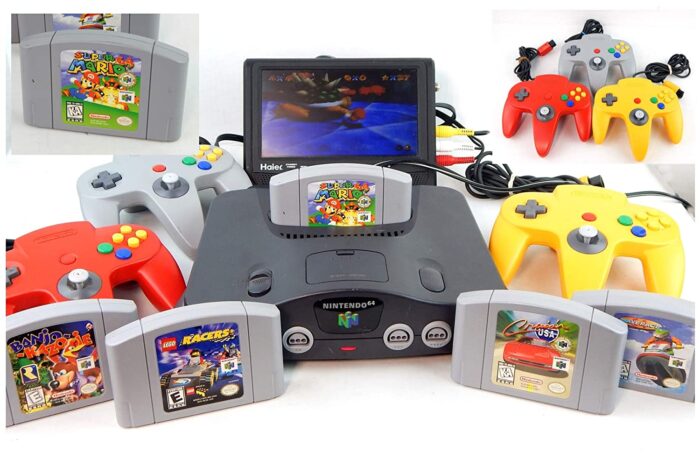 Playing games in 3D was something unique and I loved seeing the interpretation of all the franchises that I loved in 3D. 2D just wasn’t cool anymore and the few 2D games felt inferior to their 3D counterparts. That didn’t stop me from getting Killer Instinct Gold, ClayFighters 63 1/3rd, hell I even sold my SNES and all my games to buy Yoshi’s Story. But still, if it was 3D, it was automatically a million times better.. at least back then it was. And that’s good since the d-pad in the controller was awful, but talking about the controller, I think it’s a great gamepad and it has a unique feel that is difficult to recreate and games feel wrong when not played with it. The C-buttons were great for camera controls, though perhaps not as good for more traditional games that used buttons. I fell in love with the Z button and that joystick is just amazing. 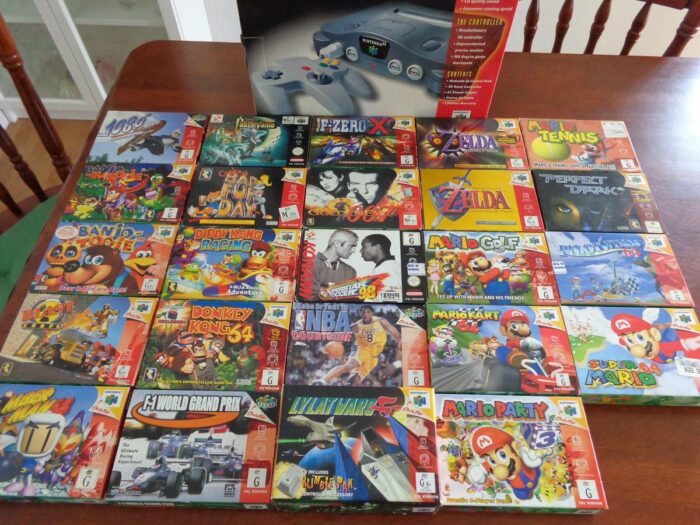 As St. Dragon sang, being able to play games with 4 people was revolutionary, and I think most used that ability plenty of times with friends. It was a great party console and it was so much fun running around in multiplayer games like Bomberman, Goldeneye 007, Perfect Dark, Mario Kart 64 and dozens of other amazing multiplayer games they had. The N64 logo definitely looked a bit for kids but I was a kid so that was fine and I loved the shape of the cartridges as well, they looked modern and futuristic as did the console itself. N64 might not have had as many games as the Playstation but that did not matter to me as I could only get new games a few times a year and there were more than enough games available that I wanted to play that I could afford. 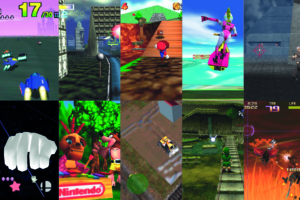 Rare did end up making most of the greatest classics the console had and they show the best years of the company, there’s a reason people are all nostalgic for rareware and their Nintendo 64 output is the reason why. Another thing that came out of this generation were great accessories, the rumble pack revolutionized gaming and it’s been a fearture of pretty much every console since. I wasn’t a fan of the memory packs but luckily most games did include their own save feature so it wasn’t necessary most of the time. The transfer pack showed plenty of potential but it wasn’t utilized at it’s full potential. I didn’t fully understand what expansion pack was, but i knew it made games better so I was happy to get Donkey Kong 64 with my free expansion pack. 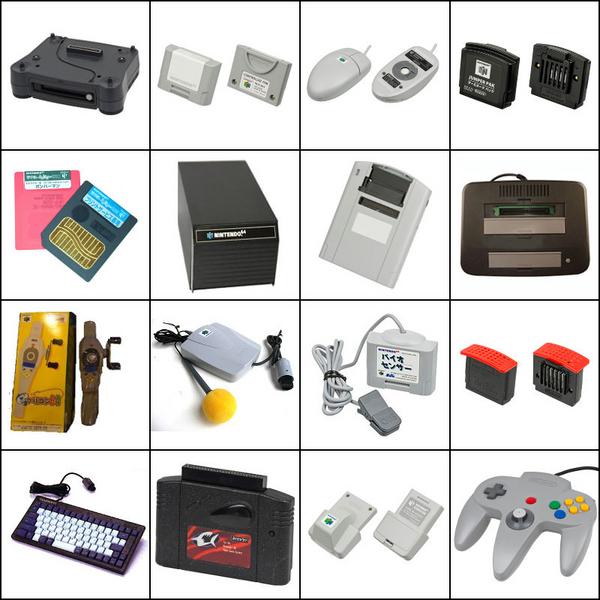 The N64 unlike the past consoles did not get a re-design, unless you count the Pikachu edition a re-design since it’s slightly different, but what we did get were colors, and plenty of colors in translucent flavors thanks tot he funtastic N64 variants. There were others like a Gold version as well, and of course controllers also came it pretty much any color Nintendo could think of. I really like the N64 controller, it’s not meant for every genre but games designed with it specifically can’t be played as well with any other controller. Z trigger feels so good. This definitely gave the console some newness factor as the console was aging and competitors were getting ready to release other consoles like the sega dreamcast and the PS2. Get Nintendo or Get out! 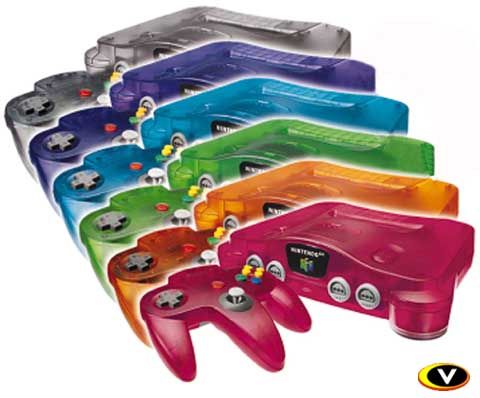 It was a difficult time to be a nintendo fan since it had this reputation that it was for kids, and well I was a kid but you don’t want to be seen as childish when you’re little. Full Motion Video looked amazing and many of the games the PS1 had were not coming over, but when they did, boy was it great. Resident Evil 2 would finally come out on the N64 and I was happy to have a version without loading. Playing WWF wrestling games by Aki was also showing that the console could do more than the kid friendly fair as I was getting older. The look of the N64 games was always my favorite and better looking than the competitions when all was said and done. 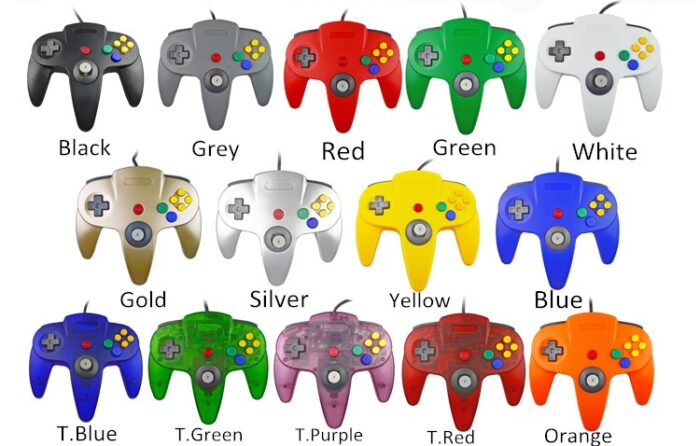 Of course we can’t talk about the N64 without mentioning the 64 Diskdrive, it was pretty much hyped since the console came out and I never understood what it was, I just thought it was something that hooked up to the bottom to make the N64 into a more powerful machine, perhaps 128 bits, I don’t know. I really wanted that Mario Artist games since I loved Mario Paint but nothing came of it. But Pokemon of all things made us forget the Disk Drive was ever a thing and as long as we could continue to get more games on the system, we didn’t need it anymore and could wait for the Nintendo Dolphin. 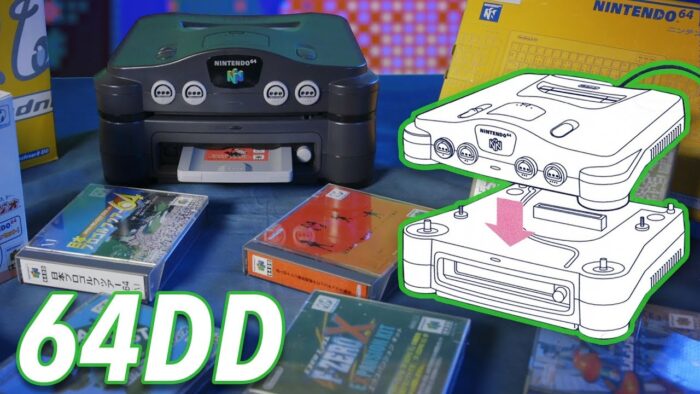 Even as the console was dying I felt it still had games coming out on it even as I had moved on and for me it was always a simple console to go back to for some fun. I actually got to play the N64 before it was launched at a pre-release event and played it until the Nintendo Gamecube came out so I squeezed all the fun I could out of that console. In a way it was also the last in an era, before everything became a bit more the same across all consoles, there is a unique look and feel that N64 games have that no other console could accomplish.