We have taken a look at all of nintendo’s mobile efforts so far and it’s been a mixed bag, they’ve all been relatively fun but have too many pitfalls of free to play to make them enjoyable in the long term. With their biggest release since Super Mario Run, how exactly does Mario Kart Tour fare? Unlike most reviews that talked about the game after it came out, I made sure to have the game for a few months before I made any final decision just like I’ve done with all the other Nintendo Android / iOS games. And well the game is not as bad as most of those early previews made them out to be. 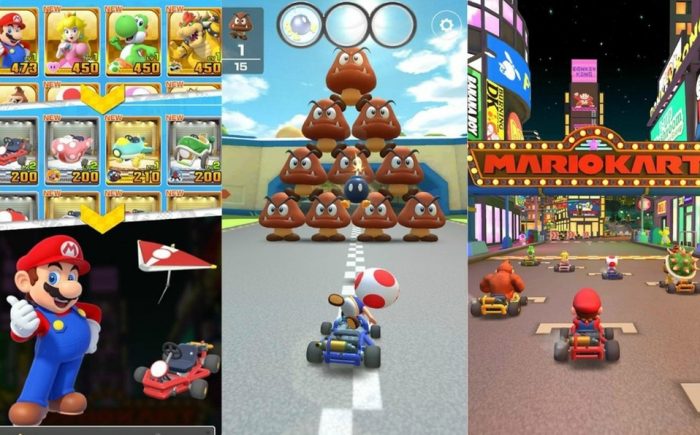 I have to be honest that I was surprised that it was the full Mario Kart experience that came to mobile, I always expected it to be some type of spin-off that had you managing tracks as a sim type game or something and perhaps even race in some of those tracks. Instead we do get a fun spin on the original formula. This isn’t 100% classic Mario Kart but it’s also a refreshing take on the original formula in a way. The game controls exactly like Mario Kart should and how you’d expect those controls to be done on a touchscreen, I was surprised by how natural it felt. Sure you do get some guidance from the game in controlling your vehicle but that’s perfectly fine since you don’t have a controller to actually take care of all the stuff you’d need to. 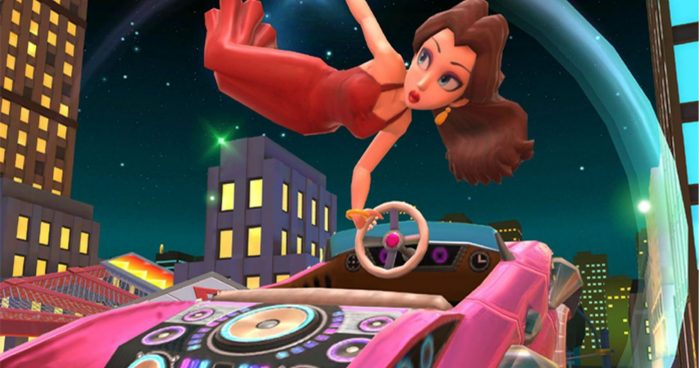 It might be a bit simplified as some called it but I was playing this when I was walking to work or doing other random tasks and it was the perfect control mechanism. The different speeds worked fine, speeds you have available all work just fine and the gold pass 200 cc is indeed awesome but not necessary for this mobile experience. Graphics are what you’d expect as is the music which includes remixes of old classics as well as some new versions. The concept of featured drivers per track is an interesting and fun one since it allows you to choose different characters instead of just your favorite all the time. 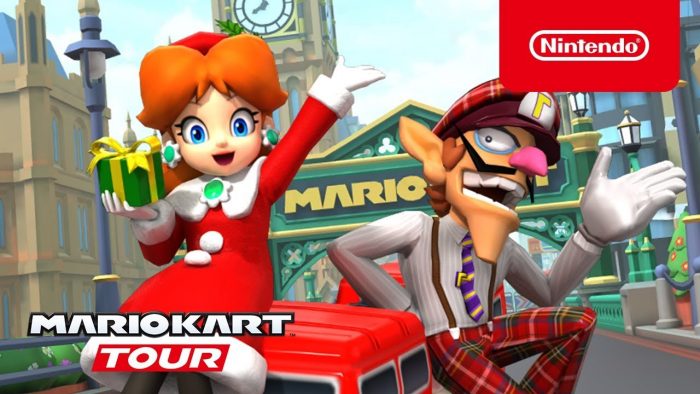 The idea of biweekly tours is an interesting take since you go over tracks that you might not have raced in as much, and the mini bonus games are fun as well, forcing you to use characters you’d never use like the baby characters. Being given the advantage of having 3 weapons or the handicap of only one also adds variety to tracks. Talking about the tracks we get a nice mix of old and new, the older re-imagined tracks are always welcome and the new ones based on real life locations like Paris, New York, Egypt etc are all super refreshing tot he formula. 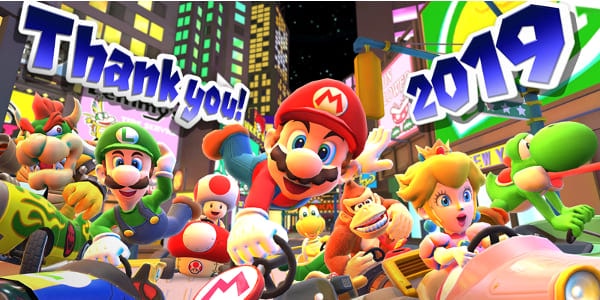 Since you do repeat tracks they add different modes from reverse tracks, and not just mirrored tracks but actually doing the track backwards which was way overdue in the franchise or also adding different ramps along the track which changes completely how it feels so it’s relatively new. Even small details like Christmas trees made the difference when it was the winter tour. The fact that the tours change and so do the themes, even if some tracks are repeated it feels fresh overall. I hope all these things become features in future Mario Kart titles, maybe not exactly the tour mode, but the way tracks can change around. 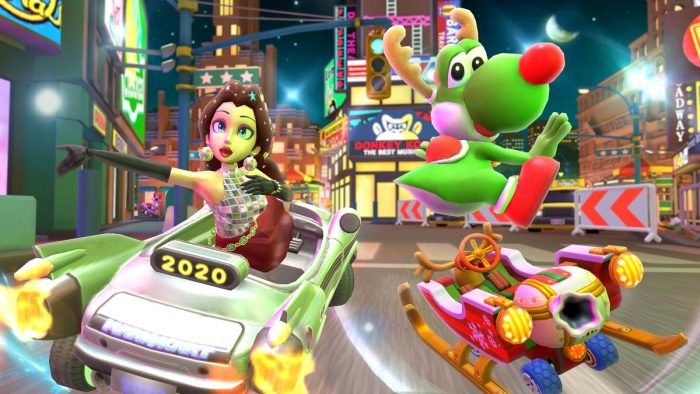 As far as characters, I feel the roster is fine so far, it can definitely grow and right now they’ve been abusing the different skins for characters with New Years Pauline or Santa Mario. But I feel I’ve been able to get what I want, I do have some of the more difficult to get ones like Dry Bowser or Diddy as well as getting two spotlight characters with Pauline and Toadette which were the two new characters making their debut to Mario Kart and I really wanted them. They are a bit stingy on the different currencies, especially the rubies that give you the chance to summon characters through the pipe.

I did get to try the gold pass and it did make the game feel more fun, you are instantly rewarded with tons of the different currencies the game has, the 200 cc mode is great and overall the presents you get almost make it feel like it’s worth it. I didn’t feel it was entirely a waste of money but it’s also not necessary to just casually enjoy Mario Kart on the go. I guess if you want to have everything then yeah the game would be a bit expensive when compared to other kart racers or Mario Kart titles but that’s not how you need to view the game, more of a fun experience that you have. 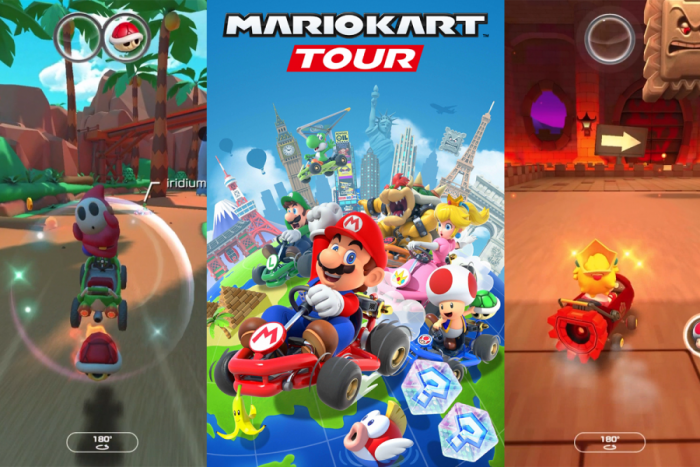 Overall as mentioned this isn’t meant to be your console Mario Kart, but instead a portable mobile version of it and in that regard it succeeds. Microtransactions can for the most part be ignored and the game still be enjoyed much during your quick play sessions that it’s meant to have, it was never their intention for this to be a full fledged Mario Kart game, and even with the free to play version you get enough enjoyment out of it. It really does deserve to be Mario Kart 9, and in fact Nintendo of Japan did publish some info with the game being labeled as such so perhaps it should be given more of a chance.

I kept playing Mario Kart Tour for a while and it’s a great mobile game, updates kept adding more features like online play and plenty of more interesting characters to join the roster as well as cool tracks. This is without mentioning new modes and quality of life improvements. The tour model was fun with the weekly goals but overall I got tired and instead started to play Mario Kart 8 Deluxe again. We have so many cool things going for here. Unfortunately it’s still a mobile game that requires you to login every day to get the most out of it wihtout having to spend an endless amount of money to get all the content, cool game, worthy of the Mario Kart name but falls with all the entrapment of a mobile game.