Jurassic Park is one of the most famous franchises out there with kids and adults and yet it never really got an amazing fast food promotion but at the very least it has gotten some fast food love along side with some decent promotions and nice commercials to go along with them so let’s take a look at them. 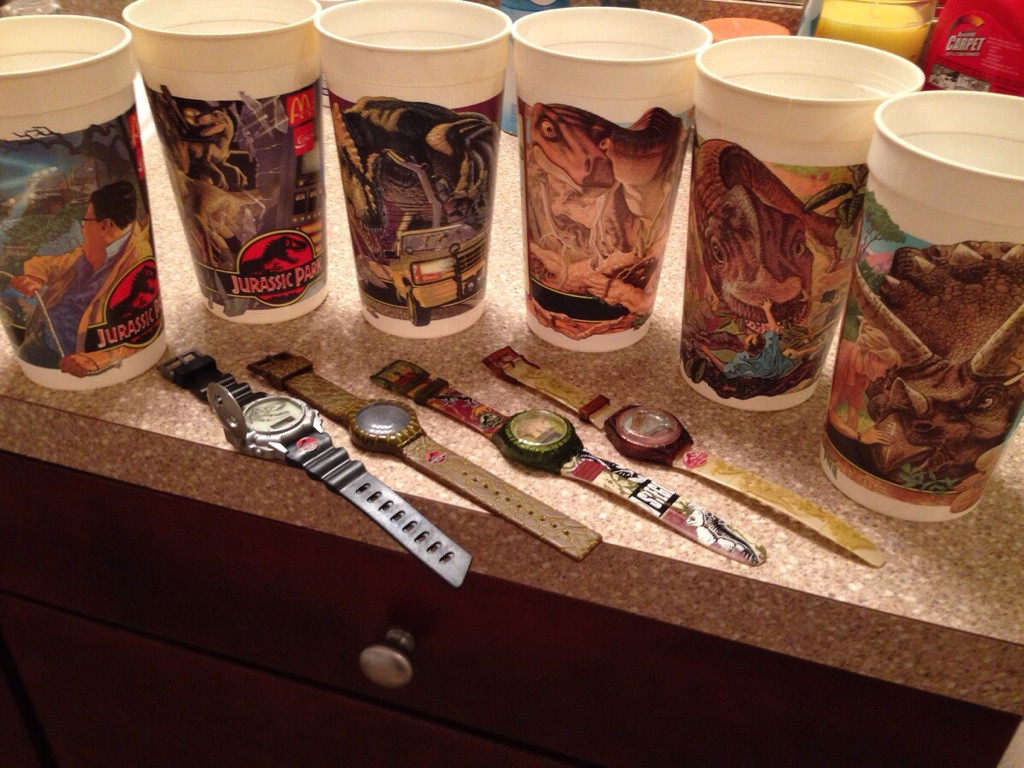 McDonalds had the rights for Jurassic Park when the original movie came out however they couldn’t really get figures made for the Happy Meal since they had just gotten off from the controversy of making toys for the PG-13 movie Batman returns so they had a policy of no toys for movies rated above PG. They made up by having Dino Sized value meals which were a big hit and eventually became standard even though they weren’t originally meant to stay.


Besides having Jurassic Park decor around the stores they also sold Jurassic Park themed cups which you could get, the Dino Sized meals also included Jurassic Park branding. The commercial for the promotion recreated the opening scene of the movie quite nicely. I have to admit that I don’t remember this promotion at all for some odd reason, I was just too young I’m guessing.

For the sequel The Lost World: Jurassic Park it was Burger King who had the license but for some odd reason they also didn’t have any figures to go along their Burger King Kids Meal. They might’ve had a similar policy as McDonalds of not having toys for PG13 movies however that didn’t mean they would not have something They also had value meals with Jurassic Park themed cups and whatnot but they included The Lost World watches for a small extra charge.

The commercial is much more basic not really doing anything expensive but hey it works out just fine for a commercial, sucks that they cheapened out on it but at least it fits the motif of the movie. I don’t know if it was by coincidence or actually planned but it does feel like it re-creates when the parent T-Rex go get their baby.

Sadly Jurassic Park 3 /// didn’t get any fast food promotion besides a sweepstakes and a value meal without any real dinosaurs, at least we got a commercial though it doesn’t feature any original footage.

it wasn’t until the re-release of Jurassic Park 3D that we finally got some fast food figures for the franchise thanks to Burger King. The figures aren’t really the greatest but they had some neat ideas going on.

For the commercial they didn’t cheapen out and re-created the car scene from the first movie obviously and it’s done fairly nice. Sadly we didn’t really get a promotion for Jurassic World, it did get a small in name only special flavor ice cream at Dairy Queen but that was about it.