When the Godzilla anime was announced and we got the first details I was optimistic since I liked the plot. The artwork looked amazing. I kind of wish it were a series and not just a movie which later became 3 movies. I don’t now how I feel about the fat strong Godzilla redesign and reminds me of the 2014 Legendary Godzilla. I was unsure, a Gojira anime was awesome but the more I knew of the premise the less I was convinced after all the details we were getting and the artwork. But after watching the 3 movies Godzilla: Planet of the Monsters, Godzilla: City on the Edge of Battle and Godzilla: The Planet Eater I can say it’s a bizarre yet showed some interesting ideas on our favorite giant monster, here is our look back at each of them.

As mentioned I did not like the Godzilla design too much, it seems like a big version of the horrible 2014 Godzilla and despite it being better it’s too similar. As far as the CG / Animated look, I have mixed feelings on, it does look bad at times and great in others, but I can forgive that. It helps that the movie is dark and the English dub is fairly good as well. The story takes a long time to get to earth, like 50 minutes in before we get any real Godzilla action but it’s just set up like an interesting sci-fi story that I didn’t mind at all. 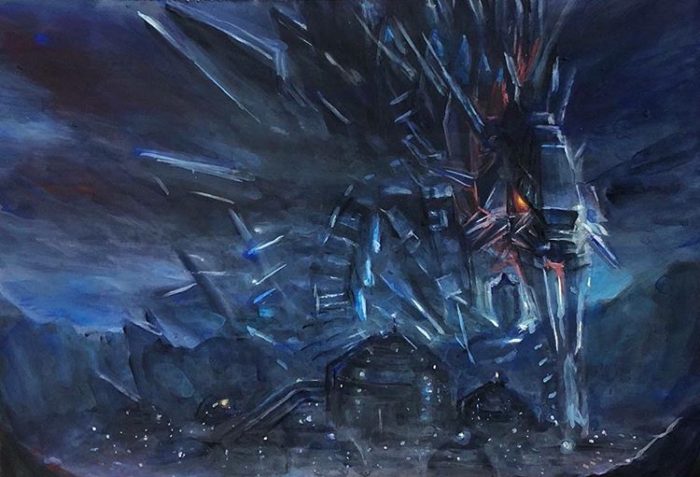 I wasn’t expecting it to be so Godzilla light like in the live action movies but since there are two other movies I thought he’d be a bigger part in the others. Apparently the plan is to chop it up into a 12 episode anime so maybe the pacing flows a little better that way if it was how it originally was intended to be seen. Overall Planet of the Monsters leaves you wanting a bit more and the final reveal with Godzilla being something that huge was a nice twist. 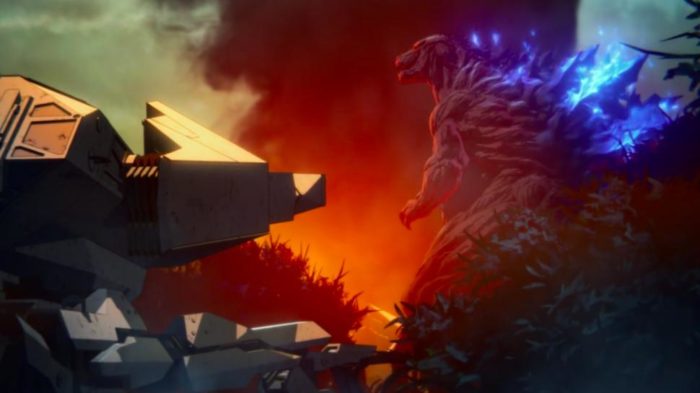 The second movie City ont he Edge of Battle once again like the first film Godzilla isn’t a big focus but the human quest is interesting enough that I don’t mind or care much for the Godzilla story. It got a bit boring near the final act and I feel this happened in all three movies. The twins who are the new evolved natives of earth and reference to the fairy mothra twins were waifu material Seeing MechaGodzilla City? Oh hell yeah, a crazy enough idea that mostly only works on an animated interpretation like this one. 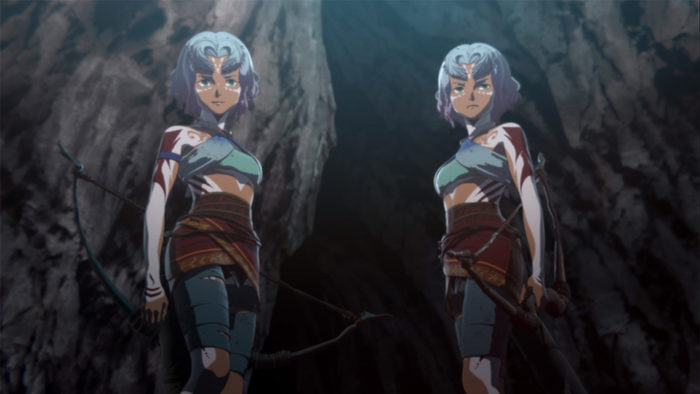 I still like the celshaded CG anime look it has. Godzilla is still like a big ugly version of the 2014 American Godzilla but more boring. I do like the rock like texture he has, too bad the battle it has is kinda boring and also the final battle is lackluster, it gets pretty weird in a good way but never as interesting as the first films ending. It’s also light on Godzilla which doesn’t help it and I feel if you cut 20 minutes out of each of the movies they’d be a far more interesting experience. 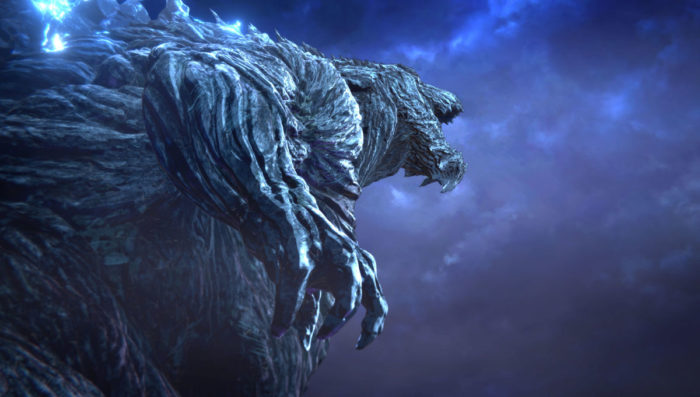 The third movie, Planet Eater is easily the weirdest one of the 3 and that’s saying a lot. The first hour or so is humans talking like before but it’s necessary since it is mostly setting up King Ghidorah which even with the bizarre God of another universe origin they give him here; it is set up well and it works. It’s cool to see that giant force of nature godzilla fight something else and the way the fight goes with the rules works well enough for this universe. Godzilla can’t really move too much for the fights for being so big but it does feel like a force of nature such as a storm that’s just slowly moving and causing chaos as it does.

They even somehow got a Mothra cameo that made sense even if not actually appearing and a slightly better origin for Godzilla than what we were told the last 2 films. The ending isn’t the best to finish off the trilogy but I’m not disappointed. Weird trilogy of anime movies, I can’t really say they’re great or bad, I liked some of the things but too much nonsensical stuff in between to ever really like it. Godzilla looking so unnatural and not living is cool, the waifu pairing at the end, secret ending and unavoidable future were both weird as well and somehow feel like they belong here. 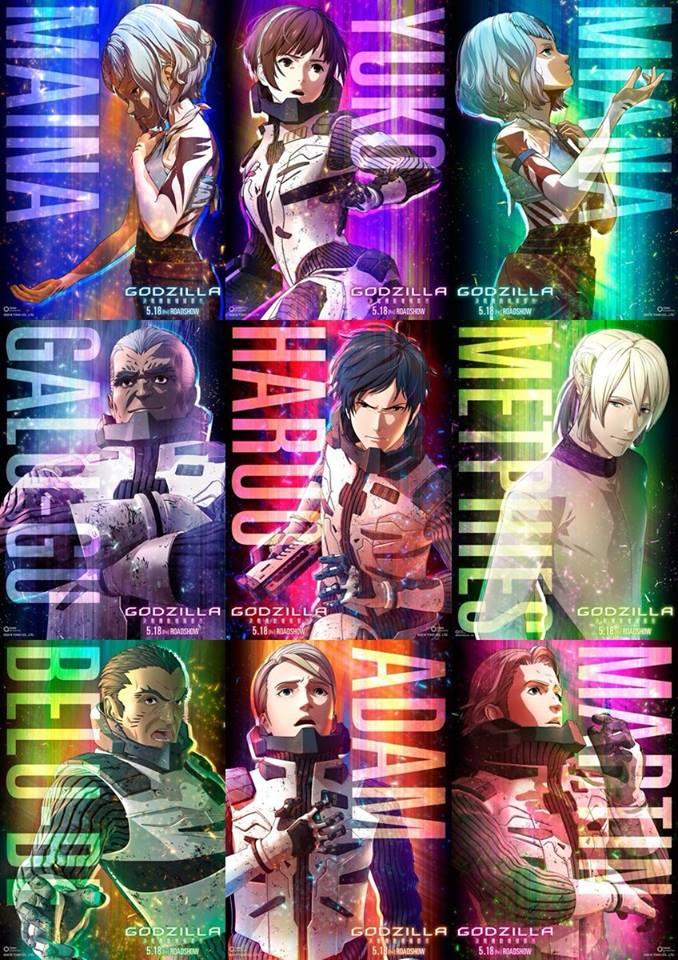 Click here for more godzilla or Kaiju articles at MiscRave. If you enjoyed the article or have any thoughts let me know by commenting below or by tweeting at me. You can also share the article or hit me up an email with your thoughts, it’s nice to hear from other fans.