I was so excited about project dolphin and when the Nintendo Gamecube was finally revealed I was of course going to get it, it looked so different from previous consoles and that was alright. In the end it gave us a bunch of games, despite not selling well and not being able to get rid of its kiddy reputation. The nintendo 64 had laid a great foundation of what to expect from 3D games, and now with a more powerful machine, it seemed like we were finally going to get the best games ever made, and to some it became true. 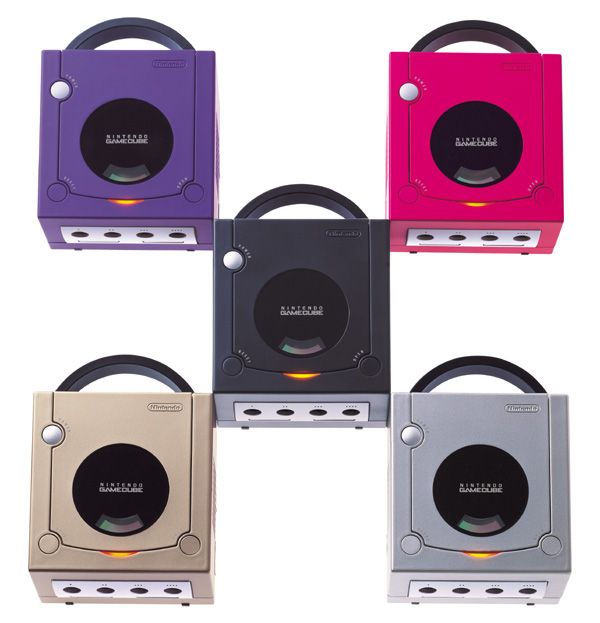 I was a bit disappointed by the gamecube mini discs, I really wanted to be able to play DVDs like the PS2 and Xbox would, I even emailed nintendo if it would be able to play only to be disappointed. I did watch the E3 reveal of the gamecube on TechTV and saw Adam Sessler be as excited as I was and more than any other company. It was the first time I was going to buy the console with my saved up money and at midnight, well a bit later than midnight since I fell asleep. I thought they were going to run out but when I arrived at 1 am there were plenty of gamecubes. I don’t know why my mom didn’t question it but she just drove me to get it. 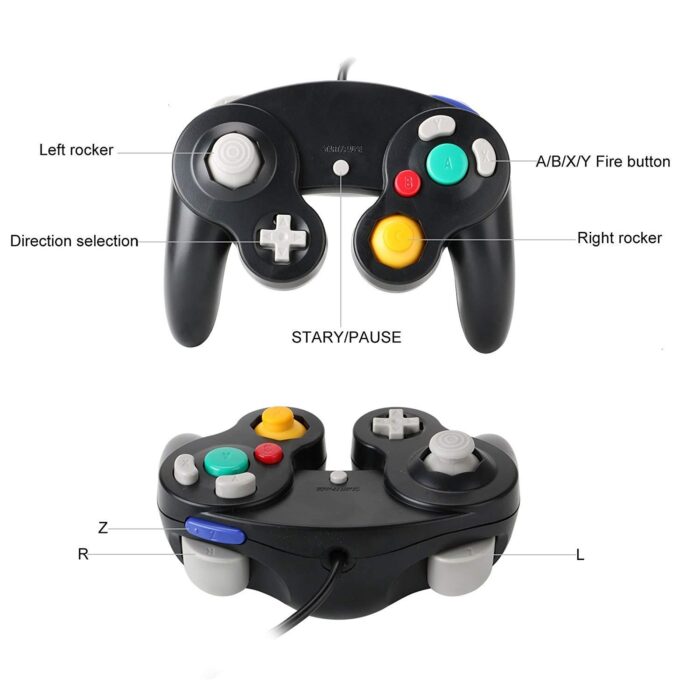 The gamecube came out in a few different colors eventually, but at launch it was only the purple and black colors, and being a teenager now, I didn’t want the purple one but the gritty mature black one to go match my PS2. I didn’t get Luigi’s Mansion but got Super Monkey Ball and Star Wars Rogue Leader instead, and it’s all I needed until Super Smash Bros. Melee came out just a month later. Pikmin was also out around that time, so overall it was a killer launch line up. Things only got better as Sega games and Sonic eventually arrived and many more games to keep me interested. Mario Sunshine and Zelda Wind Waker didn’t disappoint even if different from what we were expecting, so perhaps the hype wasn’t as big as they were going to come out but once they did, they showed it was a great console. 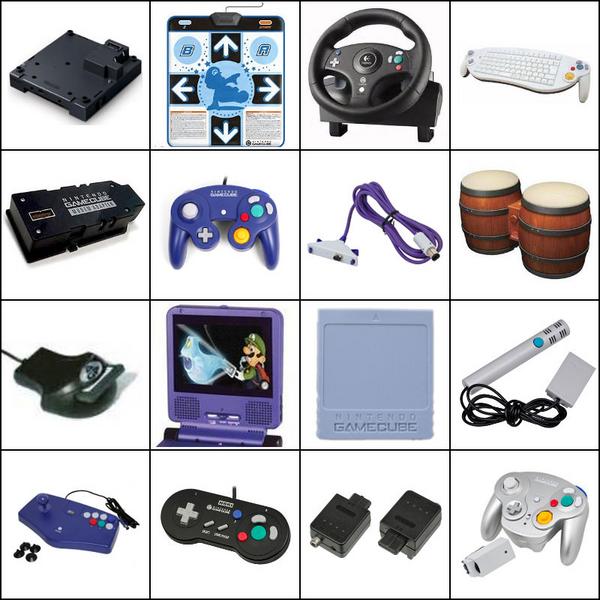 The controller was a rather good one, I am not one of those who think it’s one of the best controllers ever made but I do think it’s a good controller, the B-buttons feels weird and the d-pad is awful. I do like the C-stick and with there was a second Z button. The Wavebird was so revolutionary that even if I had to lose my loved rumble I was ok with it. I tried as many things as I could like the DK Bongos and the Mario DDR pad, both which worked fine for their respective games. The gamecube was a small little box that kept coming out with new things despite not doing as well as it should’ve, and that’s why it’s so fondly remembered since it did do great things. 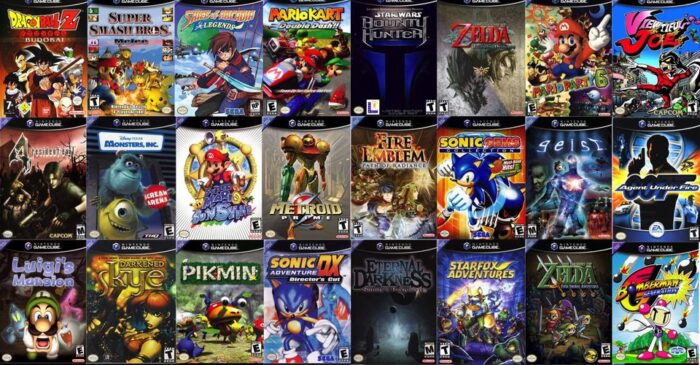 Now it was around this time that I stopped playing games as much so my Gamecube got some downtime after the first two years or so, I would still buy some of the latest games and play them for a bit but I had moved on to music and other interests. I would still keep up with most of the gaming news that I could and whenever something released that I wanted I’d get it and play it all night, but only for a bit. There were some games I played more than others like Animal Crossing. During this time, it was also during this time when you would see heavily discounted games and I was able to build a big library during this time that the gamecube wasn’t doing as well. 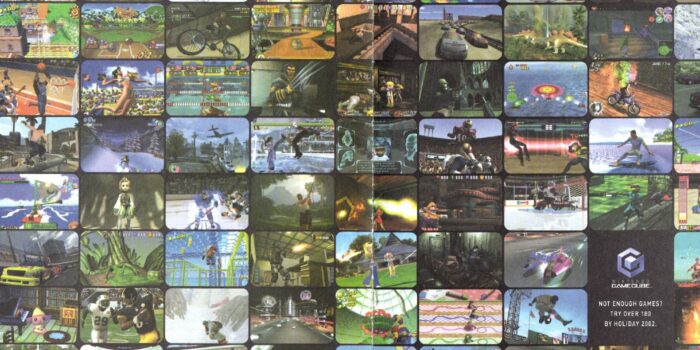 So even during my non-gaming years in the gamecube lifespan there was plenty of nintendo and gamecube love from my part, hell I even went to the Nintendo Fusion Tour since it was a music concert sponsored by Nintendo. Now with the hype of the Wii and it’s backwards compatibility, I ended up playing a bunch of the gamecubes library leading up to the release and even after it had released. Many more hours were added to my time on the gamecube because of this and I got to enjoy a different less known titles and releases over this time, all for relatively cheap. And that gamecube logo start up sound is ingrained in my memory forever, I’m still bitter that the Wii didn’t have it animated and only kept the logo.

It’s worth mentioning that this was also the first Nintendo console with any type of menu, it was super simple, not much to do but sometimes I would just turn the gamecube on and play with the menu and hoping that in the future this would be expanded upon, which it did. But even just taking a look at the .jpgs that the memory card had, setting the time or making sure for the 12th time that my settings were the same, I still liked spending some time there from time to time, even if only a few seconds before booting up the game. 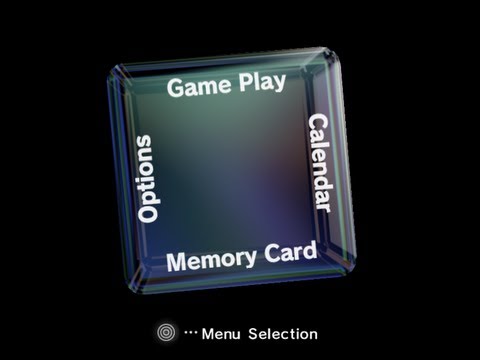 I was super hyped to play online with the Gamecube but sadly it seemed a bit difficult to set up and not enough games supported it for me to give it a shot and buy the broadband adapter. In a similar fashion it was during the time I stopped gaming that the Gamecube Game boy advance player came out, so I also missed out on that. But I did take full advantage of the Gamecube GBA link cable though, I got to use it for Pokemon games as well as that secret island in Animal Crossing plenty of times, downloaded games on it and even got my Chao from Sonic Adventure in there only to never return back to the game. A great little device that was underutilized since every thing I tried with it was great. 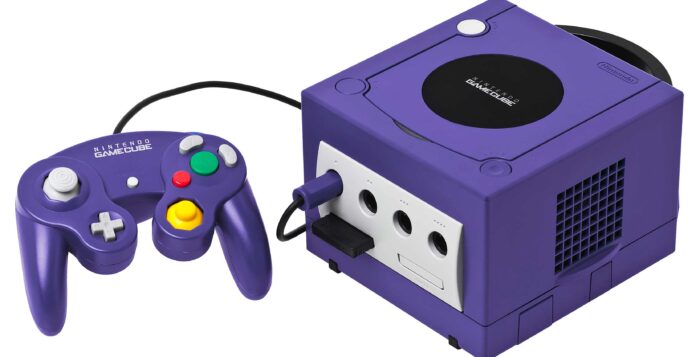 The gamecube has a reputation of being a gem that people didn’t play and I would agree for the most part, while it didn’t do anything terribly new, it polished the great things it had learned from the N64 era and gave us great games that didn’t get the recognition at the time, only much later. I do like that it was eventually able to have this great legacy that people love and cling to. There were plenty of games and me owning also a PS2, when it came to third party games I would always read reviews and often the gamecube port was a bit better graphically so I would choose that version. I’m glad that despite growing out of gaming I was still able to get plenty of hours on this console.