Flaw: Through The Eyes was the last great nü-metal album

Nü-metal had a rough time in the beginning of the 2000’s, the market was flooded and people were beginning to tire of the sound since it had reached its peak, it still have a solid 2 years of dominating but things weren’t exactly the same and Flaw was one of those bands that were overlooked and didn’t reach the level of popularity that they should’ve like say adema that released an album that same year. But Flaw released “through the eyes” and it was a great debut album that can easily be enjoyed a you make yourself through it and not many more albums as enjoyable as this one came out. So here we will take a quick listen back during this hot summer period which is when the album makes the most sense to listen to, it’s just one of those albums that screams “hot”. Below is the best quality picture I could find on a geocities page of the band.

The album begins with Only the Strong which is an amazing album opener and shows us the combination of melodic vocals with the harder screams and in general a great track all around. I think the song gives a good taste of what you can expect for the rest of the album and for the most part the album never stops. Payback is perhaps what you would expect any other nu-metal band to come out with and while it has its own sufficient differences to set it apart from other band singles of the time, it is perhaps not the best representation of what the band was capable of but it’s still a good song.

We actually got two different music videos for payback, one that was made bfore they got signed to a major label and one after. The first one is clearly lower budget and only has them playing on stage but event hen it’s fairly well done and at least the people in the crowd look original enough as they actually stand out. The second music video for payback clearly had a budget, the band has make up and a random girl walks through the woods in a blair witch fantasy in hot pants while the band sings with better make up to look cool. It isn’t necessarily much better but it isn’t a horrible video either with a Goosebumps twist ending.

My Letter is a simple melodic song that gives sovl to the album and a stand out song that doesn’t slow the rest of the album since we continue with Get Up Again being heavier and still melodic and flows perfect with every track so far. We get the second music video for the album with Whole, new look that fits the singer more. The track is great and the epitome of the sound that Flaw had for this album mixing the melodic with the heavier aspects and a far better single. The music video is not the greatest either since they don’t have much of a theme but then again its a suicide song.

Amendment is the same style as before but they don’t repeat themselves, they continue the stories he wants to tell and Scheme comes after but breaks the streak being a somewhat generic song that adds nothing new. What I have to do tries to return to norm but doesn’t quite reach enough highs to make it. But this is all dropped with Inner Strength and Best I am reminds me parts of a pop song but it’s just bad as is Out of Whack and Reliance. We finish off strong with One more time as a great album closer and we have a secret track an ok acoustic / piano Only the Strong which is both good and badt. Exclusive tracks include No time Away which aren’t great, a bit experimental but better than some of the bad tracks near the end. 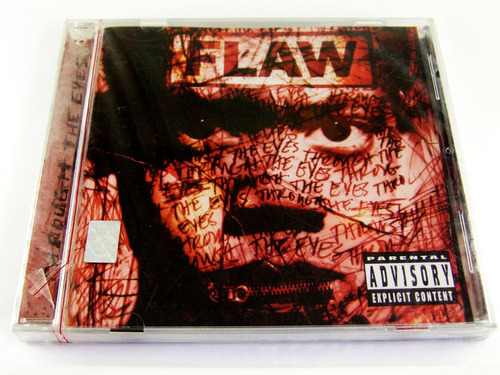 The cover album is neat enough, feels a bit like it would come from Korn or even a rap album. Despite having some bad tracks at the end overall the album should’ve been a shorter one at 40 minutes instead of over an hour with a lot of filler near the end and it would’ve been an amazing experience. Around I’d still say this is the last great album ignoring the last couple of tracks everything else feels new and not more of the same that was around at the time. Flaw deserved more praise for this debut album but it got overlooked over weaker LPs released at the time.