Enchanted Tales was a series of animated movies by Golden Films based on public domain characters and stories in the 90s, usually stuff already done by Disney or stuff that was coming out at the time. I first found out this existed when researching Tarzan and saw Enchanted Tales Tarzan existed. I’m a sucker for cartoons where Santa is the main character and not a guest on someone else’s story so when I saw that the Tarzan movie had been alright I thought why not check out more of their content. They had two X-Mas movies, I was all over it for some Christmas original Christmas movie sand any Santa stories for review. 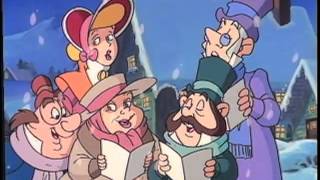 I expected some strong Santa action early on the movie, I mean it’s named after the famous Santa story, instead we meet a small mouse that tells us the story of Jeffrey a poor little boy and I was pissed. Jeffrey worked at a toy factory, didn’t have a place to live and fixed broken toys at night and deliver them. By this point I realized Jeffrey is Santa and calmed myself over the misunderstanding. The drama of two adults who hate poor people having toy, it’s beyond ridiculous. 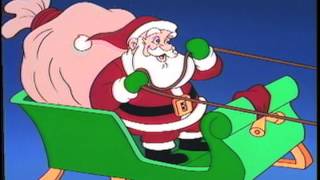 Toys come to life, attack, Jeffrey gives X-mas presents a lot of padding with side stories about the mouse, this could’ve been a 22 minute special. But then we meet Santa Claus who finds the mouse so Jeffrey isn’t Santa. That only makes that awful story arc worse, we do see Santa Claus smoking a pipe which would be impossible to see nowadays. I tried to find something to like but there were just no redeeming qualities to this at all. At the very least you Golden Films do have the two movies to watch on their youtube for free and their website also includes a “book” version as a pdf to download, which can be good if you have kids.

The second christmas special that Golden Films didn’t feel me with hope, it starts with a weird musical but at least it starts with full Santa Claus canon action. Or at least it seemed like that but we get a random story of a king of a small country. This is somehow worse than the previous side story, a king that likes shoes. This time we get a kid named Tommy and a shoe maker and elves that are sprites that want to be elves by doing good deeds. Holy awfulness, this is beyond awful. 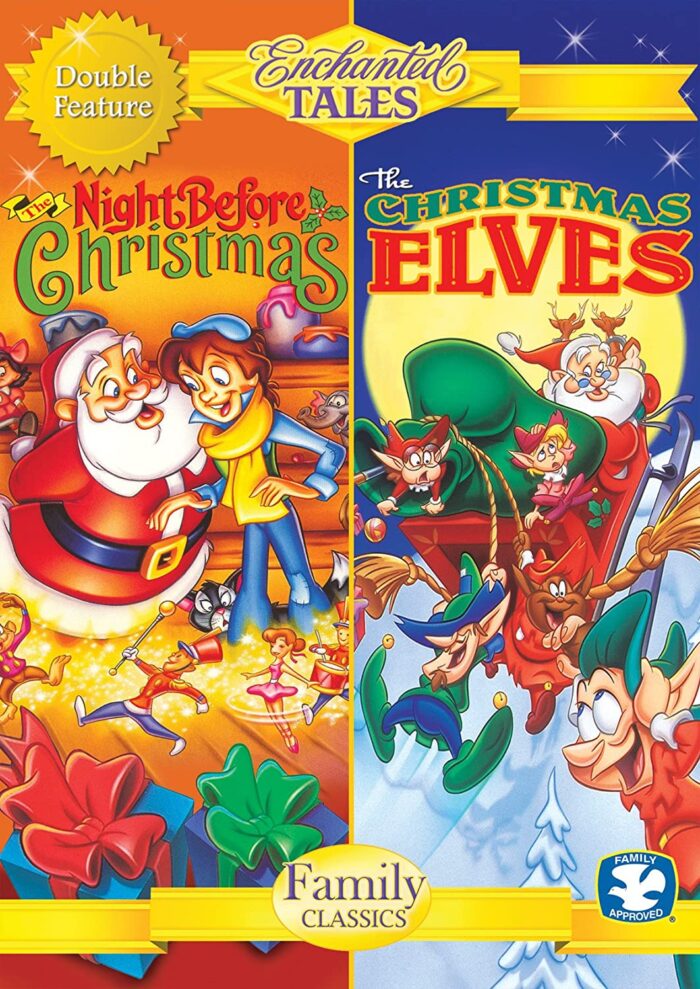 Santa shows up after more than half of the movie started and he’s not even the same Sant Claus from the previous special, different design and character in general. The least they could’ve done was give us some continuity here. I mean Elfland has potential but they found a way to make it even more boring than the previous one. You can read or watch it here if you really wish but then again I don’t think I can even recommend it but might as well leave it here just in case someone does

Santa Claus lore has plenty of potential, here we see that potential squandered and decimated with two boring Xmas specials that don’t even fit in their own world. The songs are really not necessary but I guess it’s what animated movies needed to do in the 90s.
The official channel not only does not restore any quality but also crops the screen if these movies needed more bad rap. I knew this December and x-mas season was going to be a bit chaotic for me so some articles had to be written before, so I ended up celebrating these stories in my little Christmas in July.