Dungeons and Dragons hasn’t had as much media as it should for a franchise this big, and most remember the original cartoon from the 80s fondly, for those who didn’t grow up with it can at least understand the animated show was a decent Dungeons & Dragons introduction. Sadly it was only 27 episodes and it didn’t get an ending, but thanks to a lot of nostalgic fans and interest we did eventually get two endings and for those wanting to have more of this world I also recompile all the different expanded universe media that the D&D cartoon had. 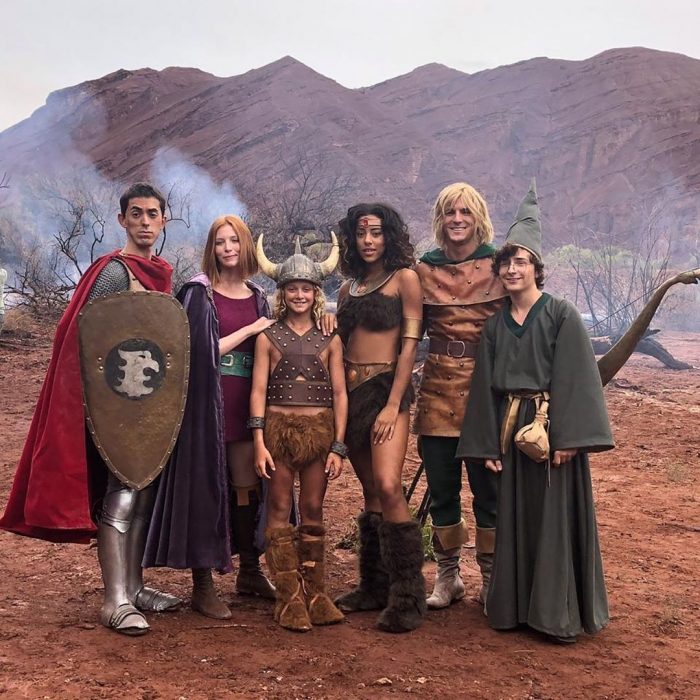 It’s only appropriate to begin with the endings, why plural? Well as any D&D game there has to be choice. There used to be a rumor that the ending was that the kids had died in the D&D ride and they were in hell and that was before it was cool to make up pseudo-thought provoking endings to children’s cartoons on youtube. 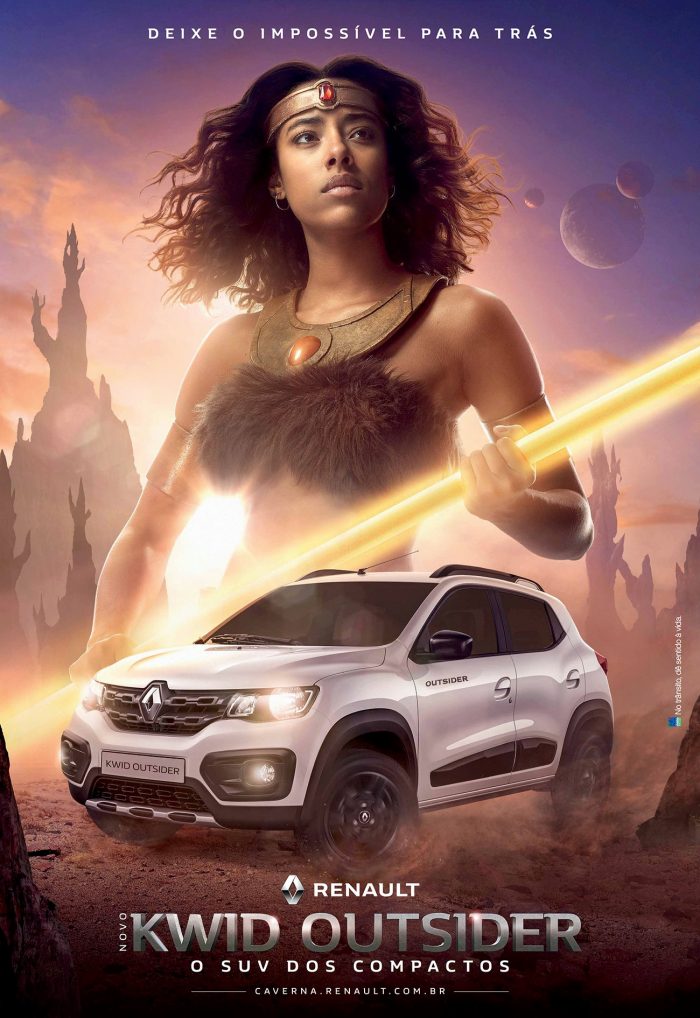 Apparently the show was fairly popular in Brazil, this is where for a car commercial they decided to license D&D from Wizards of the Coast for Renault’s Kwid Outsider. Only for the Brazilian market but thanks to the internet everyone was able to enjoy it and enjoyable it definitely is as the commercial is very faithful to the show, the characters all look exactly how you would think they should, and not only the main characters but also the likes of Dungeon Master, Venger, Uni and the hydra dragon Tiamat. 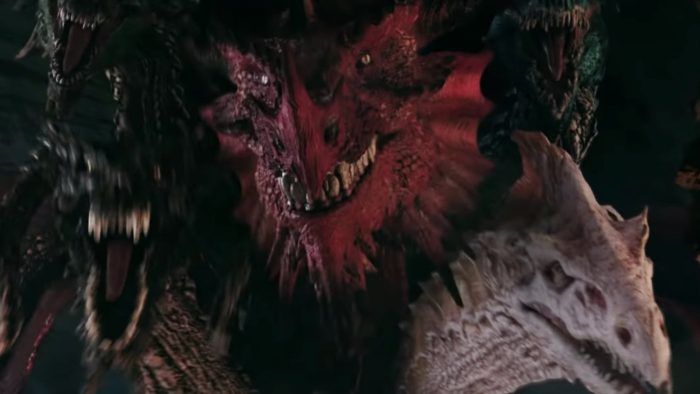 Not only does it all look amazing and legit with the characters using their iconic powers and outfits but it almost makes you wish that a movie of this actually existed with these characters. Hell the story of the kids going home isn’t even what I’d want for a new D&D film but this commercial sold me on it that I’d almost buy the vehicle just to show my support.

In the commercial you have a fitting battle against both Venger and Tiamat and have the heroes escaping when out of nowhere Deus-Ex Machina Dungeon Master shows up on the vehicle and they escape and go home. And you even have a cliffhanger ending with both Uni and a being of darkness also making it into the real world. It fits the series but alas we have a more official ending with D&D Requiem. 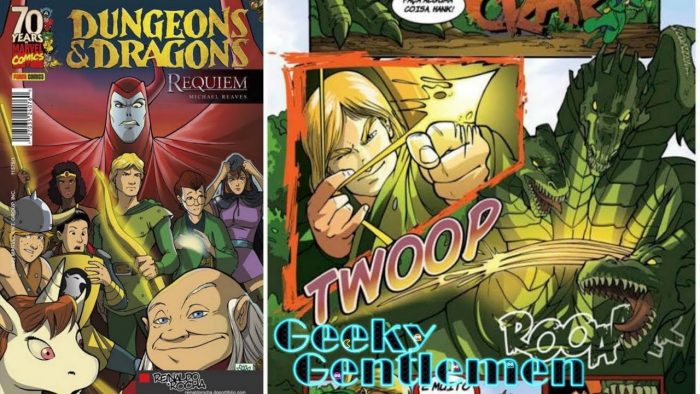 Requiem is supposed to be the last episode that was written in case the show didn’t continue but it was never turned into an episode. For some reason including the actual story of the episode it doesn’t quite seem to fit for me as being real despite the writer saying it is. So basically the episode reveals some important facts of both DM and Venger and also leaves the ending open ended for the show to continue or end.

It’s a decent ending but I feel it isn’t written in the same style as previous episodes so it seems a bit like a fanfic and not actually written as part of the show which is why I have my suspicion but it’s included on the DVD so it’s as legitimate of an ending as it comes, since it was actually read by the voice actors of the show and even a fan comic was drawn to go along with it. It has more excitement and plenty of twists than your normal episode so it’s not a bad ending to close the saga on. A fanmade production of the final episode was made with the episode dialog which turned out pretty good. 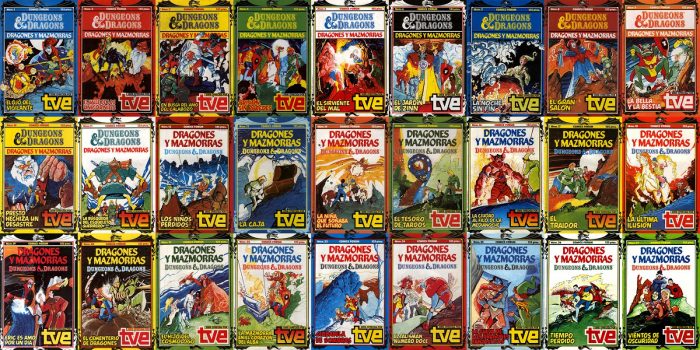 As far as other media I read that there were some choose your own adventure books but the pictures that came with that article where the wrong ones, for a while I thought they didn’t exist but they do and are called D&D cartoon show book and there are six of them, they are original stories that well fitting to the franchise you decide what to do. 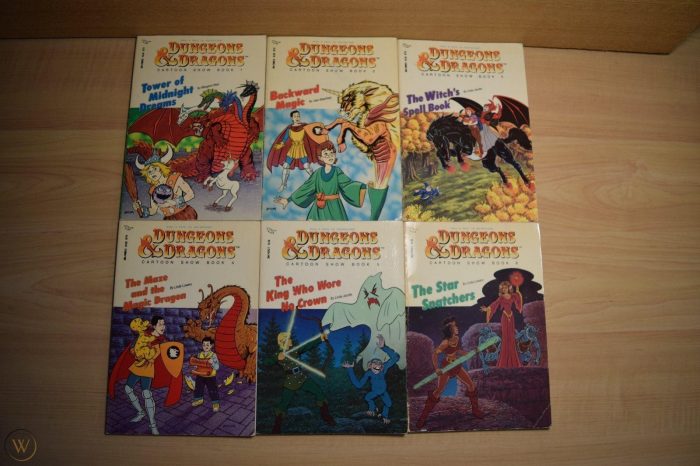 You likely won’t get the best high fantasy stories in there or much things moving in the plot but I’m sure any big fan of the cartoon would need to hunt them down, you can also let me know what the stories are. Choose your own adventure books have always been a pleasure of mine so you can’t go wrong even if there are likely better D&D choose your own adventure books not based on the cartoon. 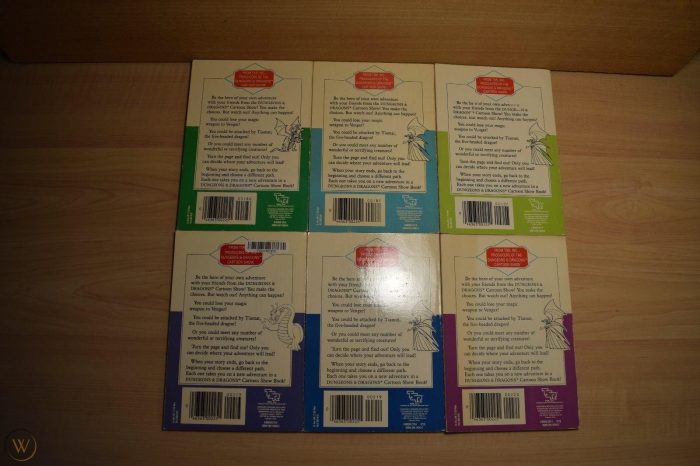 Now let’s talk comics, for the most part it’s also a bit difficult to find information on them but I was able to get some since a lot of articles online are lazily written and have incorrect facts in them and mention things that didn’t really exist. But basically Spain adapted all episodes of the show as comics, some of these were translated including Dutch and English. The French at the very least published one episode as their own comic adaptation with their own arty style. 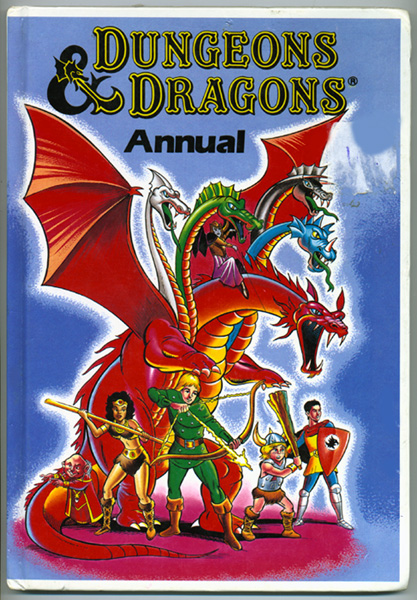 There were two D&D Cartoon annuals, one in 1986 and one in 1987 which included games like labyrinth, reprint of the previously mentioned adaptations and some short stories for the most part. The names of the stories were: For 1986: The Princess, the Pit and the Pendulum, Quest for the Stolen Sapphire (Choose your own Adevnture), Gruesome, Goblins, Circus of Mosnters, Mine of Terror (Choose your own Adevnture), A Cold Spell, The Forbidden Valley, Escape from Venger and for 1987 The Eye of the Watchman, Word Search, Season of Goodwill, The Eye of the Watchman (cont), Dice Game, Everything in the garden…is lovely?, Maze Race, Power is the Key, Who’s Who?/Puzzle Answers. 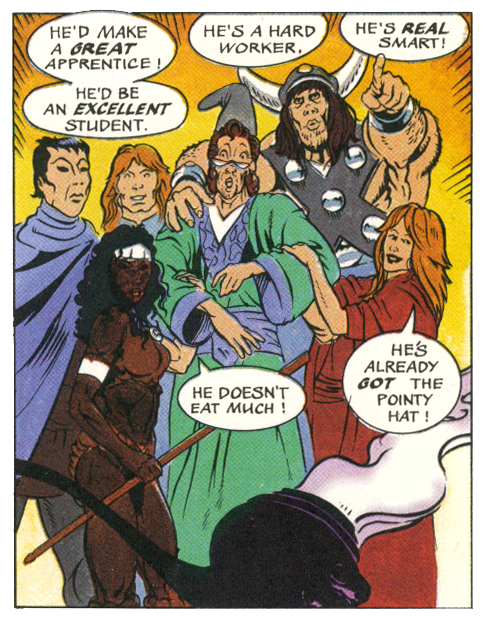 Finally the coolest thing is in a comic of Advanced D&D: Forgotten Realms: The Grand Tour features Presto the magician of the original cartoon as a character, now much much older ( I guess he decided to stay), now the comic has nothing really to do with the show but a decent one off story that even has a cameo of his friends from the show all older and weathered but wiser as well. In a way they were indeed integrated into proper D&D, even if they were from Earth which in a way is also fitting enough. 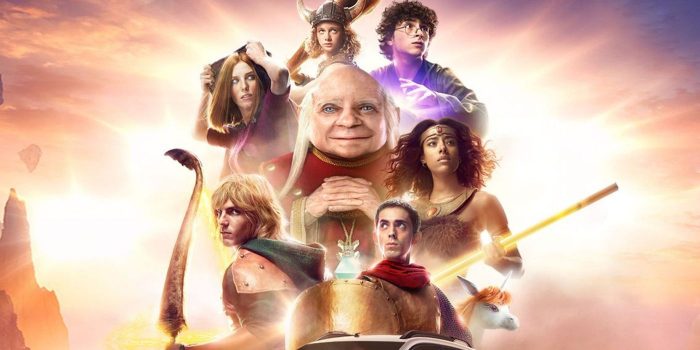 Now most of these are likely to be mindblowing, perhaps one day I’ll be able to get read some of these original stories since I did enjoy the animated show when I watched it recently. And in a way if you’re a big fan of the cartoon now you know what you can hunt down to get more. I can’t say I’m the biggest fan but at the very least I can say I wouldn’t mind a reference or even a new adaptation of these heroes once again.