I never got into Legos, they were not my thing as a kid and never understood people’s obsessions with them. I was more interested in Jurassic Park and all I ever wanted was a Jurassic Park cartoon but sadly we never got one. Imagine my disappointment when they finally announce a Jurassic World cartoon after all these years only to find out it was a Lego cartoon. I of course watched begrudgingly only to find out that not only was it good, but it is likely the best piece of Jurassic Park spin-off media we have ever gotten Here is a overview of every animated Jurassic World Lego show we got and why they’re so awesome. 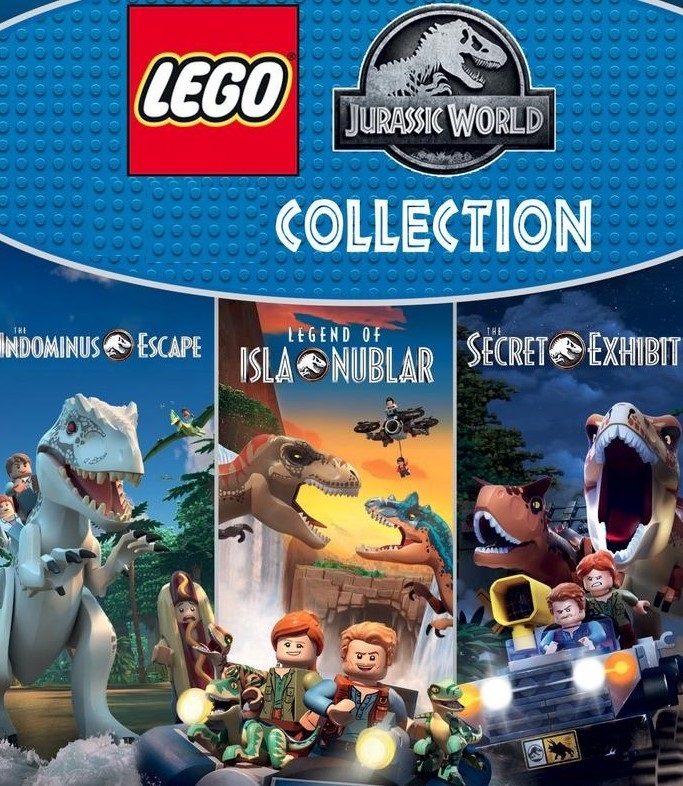 They first tested the waters by releasing it on some editions of the Jurassic World DVD as well as releasing it episodically on the web with a special bonus called The Indominus escape. This Lego movie which is basically just a re-telling of the movie in 22 minutes with the silliness you’d expect from a Lego video game. It wasn’t exactly my thing, and saw it as a waste of time for the most part as it didn’t really fit the franchise but oh well it’s not the first cute retelling of a Jurassic Park movie. 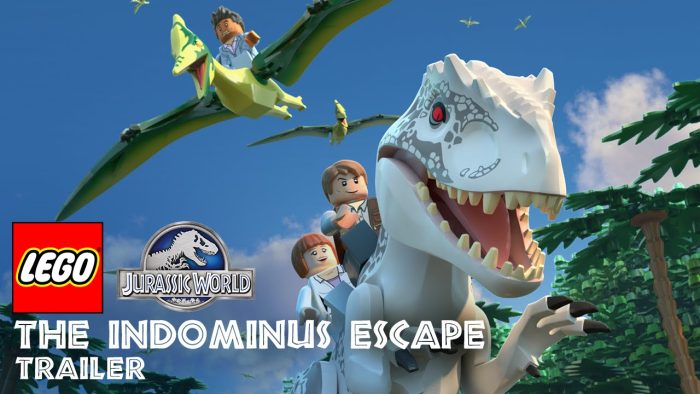 It’s super condense brief sumarized way of showing the movie events in a more kid friendly way, cutting the unimportant stuff and sanitizing it. In a way the movie is structured with how a kid would play the movie out with his toys. The plot is slightly altered from the movie and we get some events slightly different like Hot Dog man. A kid friendly remix that ends on a cliffhanger. 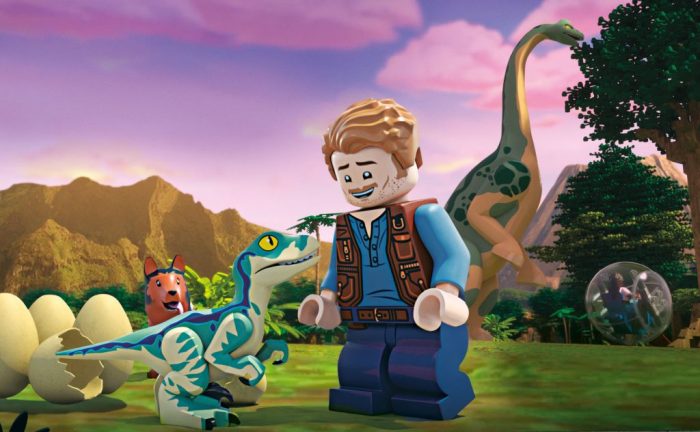 After that we got a two part special called The Secret Exhibit, I thought it’d be a one event at 44 minutes or basically two 22 minute episodes that was broadcast and later released on streaming. It’s a prequel to the movie and just a filler story of how they wanted to open a new exhibit. Crazy enough I like it; it’s the cartoon I always wanted, not fan of legos or lego style much but this is great. We meet up the cast both familiar and new faces and we go on adventures. What this eventually ended up being is the pilot to a Cartoon Legend of Isla Nublar. 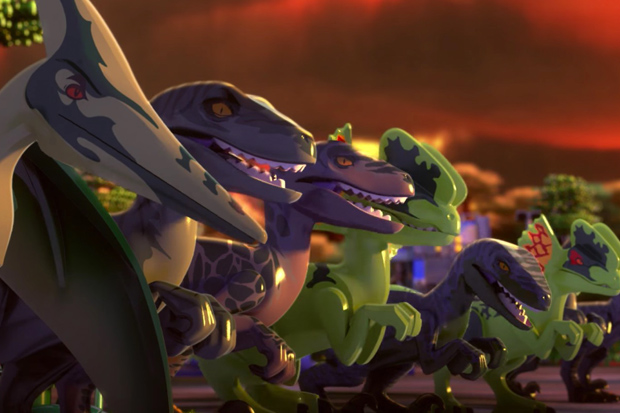 I was not happy with the first Jurassic Park cartoon being a lego one that wouldn’t be legit but I was wrong. The Legend of Isla Nublar is even better than the Secret Exhibit. The show has good credits music, intro and general of use of music in general. It’s basically a direct continuation to The Secret Exhibit and we get 13, 22 minute episodes. The how makes a lot of callbacks from the original Jurassic Park movie and you can tell the writers are passionate and care about the franchise. 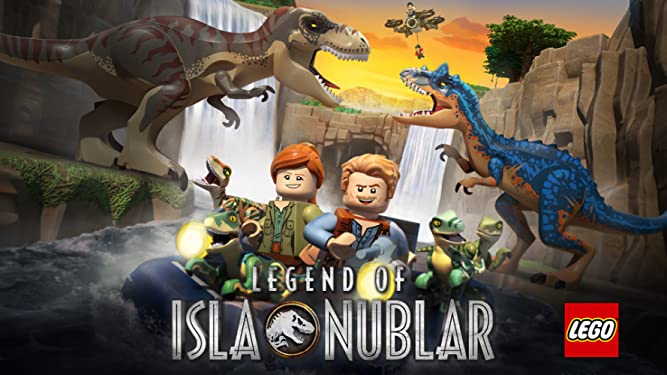 Event though it’s a silly Lego version of Jurassic Park’s world the characters all act consistently, it’s well written and fun to watch. Not only that it actually keeps continuity with the movies in check, it never does anything to contradict the canon established in the original trilogy or the sequels.. This is level of care is more than the average cartoon or show gets. They really love continuity and respect it and wish to fix it like when they for example sneak in a mention of Lockwood early on which was a retcon that happened in Fallen Kingdom. In fact I go over the complete idea of Lego Jurassic World being canon to the main universe here. 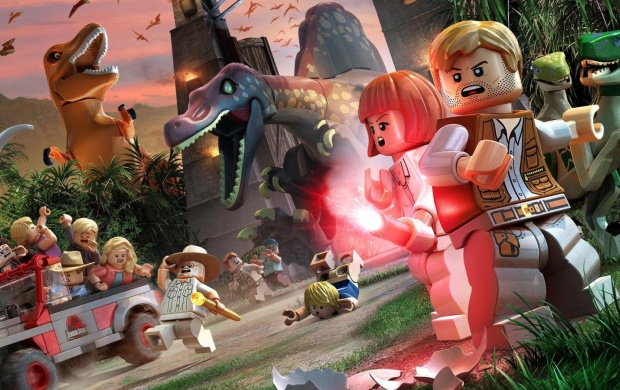 The show is a blast, you get a season arc with tons of great episodes that feature characters returning like Alan Grant and Ian Malcolm. We get to find out more information on hybrids and other fun tidbits of the park. The ending is satisfying and makes you want more as every adventure is dated and there’s still plenty of days available for more adventures. Yeah, the show can be silly at times but you can forgive it since the’yre open about it. At the very leastit’s never sillier than a gymnastic raptor kick at least. For a complete guide of everything that happened in Legend of Isla Nublar you can check it out here. 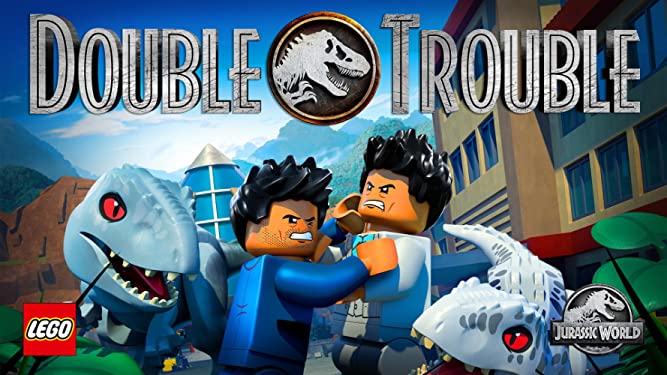 Sadly we didn’t get a second season but we did get a two part special release called Double Trouble, it’s only a 2 part story arc. It’s basically just a continuation of the show and in a way works as a finale since the ending leads us all the way to the beginning of Jurassic World. They could still make more stories and I hope they do in the space before the Jurassic World or even after the movie and before Fallen Kingdom. I’m guessing it didn’t do too well but who knows perhaps we’ll get other releases. I’d do anything for a season 2, we did get some mini shorts that adapts specific parts of Fallen Kingdom but they aren’t specifically part of the show as well as other random Lego shorts.

They made really cool trailers for the show as well. Overall the Lego Jurassic World Cartoons are easily the best spin-off we’ve ever gotten from Jurassic Park and is much better than even Camp Cretaceous, Jurassic Park The Game or any other fan favorite expanded universe stories. The episodes are actually engaging, I mean we get to see how Jurassic World operated before the events of the movie and it did better than any comics or games did trying to do similar ideas. This is the Expanded universe we deserve.