Carmen Sandiego is cool so I was excited for a new cartoon by Netflix even when they don’t have the best track record of shows but I was excited. The initial trailer had a lot of complains and I shared them like Carmen Sandiego looking too young but I guess it worked since it’s an origin story , I liked the game show, computer game and cartoon. I just hoped they didn’t try to make Carmen too relatable, she’s supposed to be a thief at the end of the day and not Robin Hood like she seemed to be here, but let’s remember the show is actually not that bad despite some of its shortcomings and bad decisions. 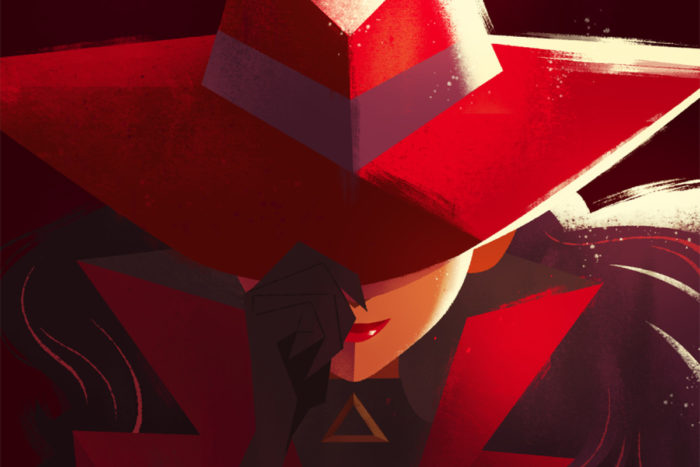 The show is very different from the original Where on Earth is Carmen Sandiego cartoon but it took plenty of elements from the show. Zack and Ivy return in this reboot but sadly they’re only a shadow of their former selves and instead of child prodigies that work for ACME they’re just Carmen’s helpers and barely have any skills and that’s a shame. The Chief from ACME as a hologram is still here but this time it’s a black woman and is not just a computer program, it is not a bad change necessarily. The Player is now an actual character int he show who helps Carmen of all people since he’s a white hat hacker and I don’t mind him even if the Player is supposed to be you. You get other small references like Die Entführung aus dem Serail by Mozart being played which was the theme song of the original show. 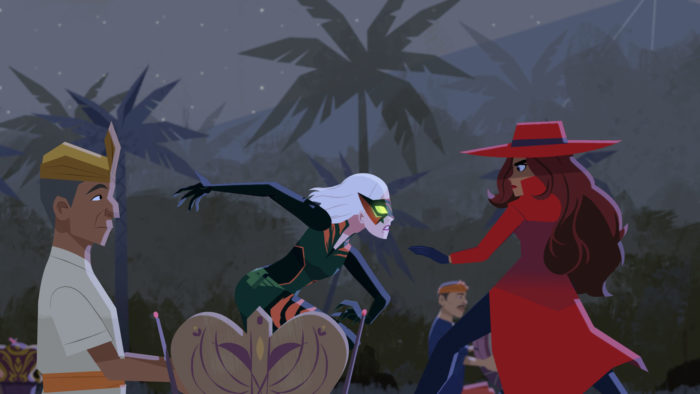 Let’s talk about Carmen Sandiego now, she is young but it works with the story they want to tell and I don’t mind it as much unlike her stealing from thieves which is a bunch of bullcrap no matter how well they tried to set it up and they didn’t do a bad job at it, that’s just not who Carmen Sandiego is. But yeah the origin of her going to crime school somehow worked better on screen. It’s actually cool to see Carmen with street clothes from time to time and not a big fan of the origin of her name being the brand of the hat and where it was made. She is sometimes portrayed as a superhero with a bunch of flips but it’s not overdone so I can overlook that but it does seem they wanted her to be more like Lara Croft from Tomb Raider. They didn’t ruin Carmen Sandiego since it’s an interesting take but they should’ve made some better decisions on key aspects of the characters. 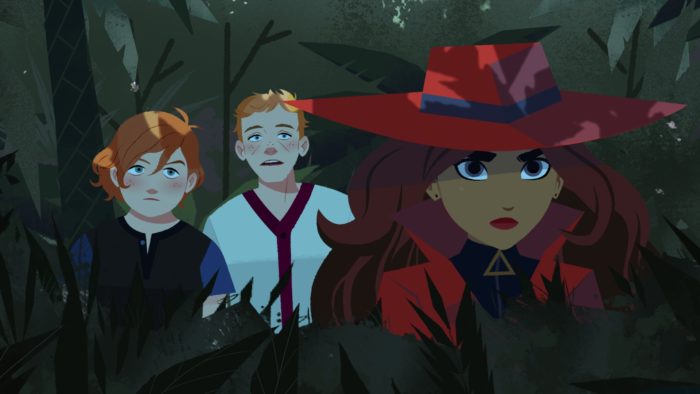 The show has plenty of cool things going on for it from theme song is very short but it’s cool enough, you also have the art style which really works and is smooth unlike say The Magic School Bus Rides Again. The edutainment works much better in this show than the original since instead of going a bunch of different places it mostly gives you facts of one place specifically. There is an overarching story with VILE and it’s cool. 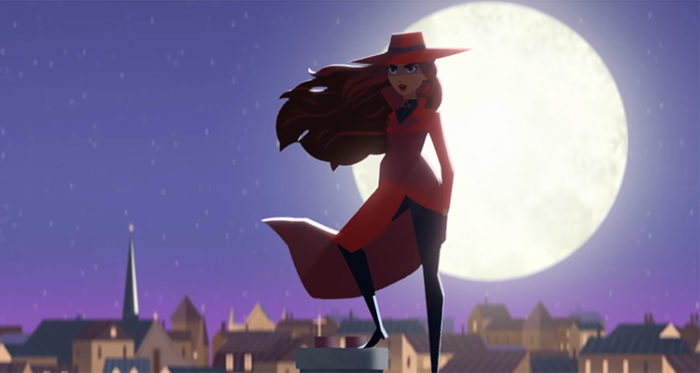 As far as original characters we get Interpol Inspector Chase Divineaux who becomes an ACME Agent and I wish he could’ve been given something to make him more interesting but he isn’t bad, same for Julia which is his assistant. We get various VILE agents who are sort of the rogues gallery of the show and they’re mostly boring with a few exceptions and the leaders of VILE mostly seemed like there was potential on them. Hope to see more episodes soon and maybe that live action adaptation they mentioned as well. 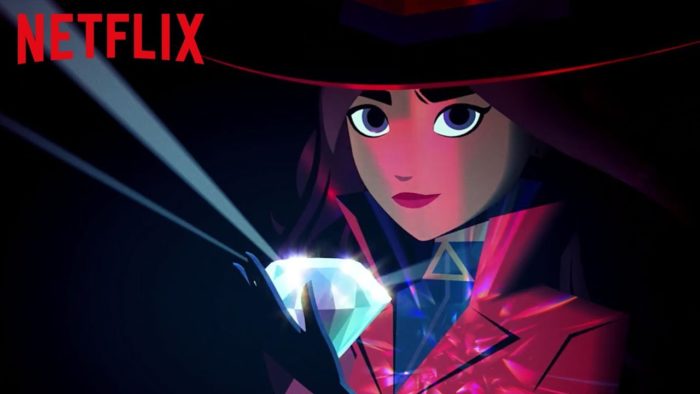 The second season overall is a much better show than before. It’s more like 007 James Bond with more martial arts I guess. There is still no stealing, no spice but at the very least Carmen doesn’t have groan inducing dialog like “I’m a good thief that steals from the bad to give to the good” Robin Hood dialog or whatever she was doing in the first season.

The overall arc and mystery was entertaining to see through and I’m captivated. Still, she is not my ideal Carmen Sandiego and the show is nothing like what Carmen Sandiego should be, but overall better than the first season. I hope they hint at carmen becoming evil but I doubt it since they’re going for the girl power money audience. We should’ve gotten more of the French detective, I flippin’ love that guy.

Before the third season we got a movie, but not just any type of movie but a choose your own adventure one where you decide for Carmen what actions to take. Netflix loves these type of interactive shows like they did with Kong: King of the Apes and also Stretch Armstrong. The special To Steal or Not to Steal is a basic story of Zack and Ivy getting kidnapped by Vile and she has to go save them, the interesting part is seeing how it happens. We get plenty of characters show up and scenarios where Carmen loses and you’re sent back to fix it.

It’s cool but at the same time if you just want to watch it’s a bit annoying, if you don’t choose anything the second option is always chosen which actually leads to the “good ending” but you get awkward pauses while waiting for the selection to pass so it’s not great if you just want to watch. Especially if you’re OCD and want to watch every single scenario, there aren’t many but there are a few. Overall the special is fine with the same flaws the normal show has but a unique concept that works well here since it was originally a game.

The third season is only 5 episodes so basically Netflix divided the final batch of episodes into two. I like how they put more emphasis on different characters, they feel a bit more realistic in some ways. We do get tons of information and tidbits to learn about geography and history which is great. Overall interesting characters, still the same Carmen Sandiego is a good girl pretending to be bad rubs me the wrong way. Show is pretty decent overall, and we’ve seen Carmen be ambiguous in past versions so I can forgive the show.

The final season was 8 episodes and it was inconsistent as usual with some episodes not being the strongest but overall the arc that starts to build up for the end is satisfying enough. I never liked having Carmen Sandiego being a secret agent with martial arts like say Lara Croft or Kim Possible. It was great to see Carmen when she was a bad guy even if only for a few episodes, show should’ve ended with her being bad even as a cover up to take control of VILE but it’s ok, the ending is decent enough. It was left open ended enough had it been renewed but it wasn’t necessary. A good show, wish it hadn’t made Carmen a hero and not the greatest show some people claim it is but it’s a show I can recommend.