Too young to have grown up with Transformers in the 80s and too old to have grown up with Transformers in the 2000’s so I never became a fan, not a huge fan of cars anyway so I don’t think it mattered had I been born a decade earlier or later. I do like dinosaurs and enjoyed Beast Wars because of it but not enough to check out any more transformers shows. I first watched the original transformers movie and didn’t hate it despite people bashing it, now that they’re starting a new continuity I decided to watch all the films and see how they are counting I have no stakes in Transformers and I’m not familiar with its lore. I watched very casually with only about 1 hour every other day as if it were a tv show, and I was entertained. 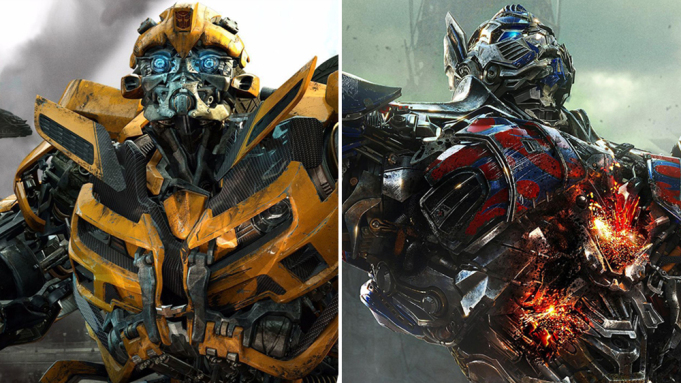 I had low expectations watching the movie the first time and was pleasantly surprised but didn’t care to watch anymore since it wasn’t my thing. Upon rewatching I still think it’s a solid movie, it’s not bad at all and has a good set up, I like Shia LaBeouf as Sam Witwicky and Megan Fox as Mikaela is great as well, she does add sex appeal to the franchise and that car scene is extremely iconic which is more than this movie franchise can say it has moments that stay in your mind. Both characters are interesting enough to follow and their story which is set on a realistic setting of the year 2007 when things were “realistic” and grim. The designs of the transformers are indeed bad and lack much charisma as they seem very generic but I guess they do look “realistic” in a way which is what they were going for. The action is alright but didn’t care for it much. Overall I don’t think it’s a horrible start besides that we don’t know too much about the transformers besides Bumblebee and Optimus Prime.

Transformers 2 Revenge of the Fallen

Many jump and say this is when things did take a bad turn but I also don’t think it’s bad. The concept of the fallen was interesting enough and having the transformers make dumb jokes was alright, at least they had some type of personality this time around. The designs are still ugly but works with the realistic motif. Though the more human like that they are the more I get a bit creeped out, I also don’t completely get how they’re sentient yet limit themselves. I didn’t find much to hate in the movie and it was cheesy but fun. They found a way to bring back Megatron, while also expanding a bit on the lore of Transformers on earth in a way that it worked. Sam and Mikaela were still interesting to follow here and seemed like a nice evolution. I do notice they don’t do a lot of transforming which is in the name but it does make sense as to why they wouldn’t want to stay as vehicles besides to hide, they can do more as anthropomorphic robots.

Transformers 3 Dark of the Moon

I liked Sentinel Prime and how the franchise was able to make a new threat seem legitimate, especially since Megatron was made to look like a chump in these 3 movies. There were higher stakes and more of the city is destroyed as it was the last of the trilogy. None of the transformers have much personality still and still weird the more they have human like expressions. Optimus Prime and Bumblebee are still the only ones that have some bigger distinction while every other transformer whether autobot or decepticon just blend together and all look the same. Megan Fox is missed and the new girl is just there with no explanation, horrible choice and it hurt Sam. The transformers decide to leave until they are missed and needed before the final battle felt a bit petty and it didn’t work if we take the next movie into account. I liked how they continued to grow the establishment of Transformers on Earth int he plot of things that happened before the first movie. The final act is vicious, enjoyable. 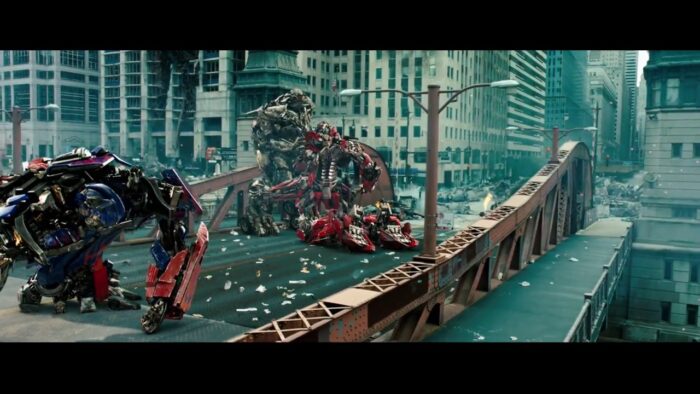 We have Autobots hunted down after Chicago was destroyed which is ironic since they stopped a new Cybertron which would be their ideal world only to be hunted and killed by those they were protecting. I love that there were consequences because of the last movie, it’s great to see a story take those details that really are important as plot factors. We get new characters instead of the old cast and they’re not bad at all, especially Cade Yaeger. But no mention whatsoever of Sam or the others feels weird especially with all the continuity it has with the prior movie. Megatron back as Galvatron works and him finally being evil again and powerful is a good way to redeem the villain as a threat. Lockdown works to move the story forward. Not enough Dinobots but having dinosaurs definitely made the movie better and the reasoning of how they came to be millions of years ago worked. The story makes no sense without Sam or even a namedrop. The idea that we needed a movie from a different perspective is a valid point and works fine, it’s just weird without a mention.

I like how they incorporate a history of past transformers on earth, it works and even though each movie gives new details that might have slight contradictions in general things fit rather well. They give a new threat to the transformers and it works, it is nice to see Megatron again and working despite working for another person again. The magic thing and Witwiccans history is whack and yet I didn’t have problems with the explanation. Cade Yaeger is the only one to return and I’m glad since he had charisma. The magic incorporation worked and the new threat felt fine as well, Vivian Wembley is no Mikaela though. As mentioned before the robots just have designs you can never really like them and odd when they have human like faces, I’m not sure how they marketed merchandising with them as they only work as a “realistic” concept not for merchandise in my mind at least. We get a cliffhanger with Unicron that will never be resolved but I won’t cry over it. 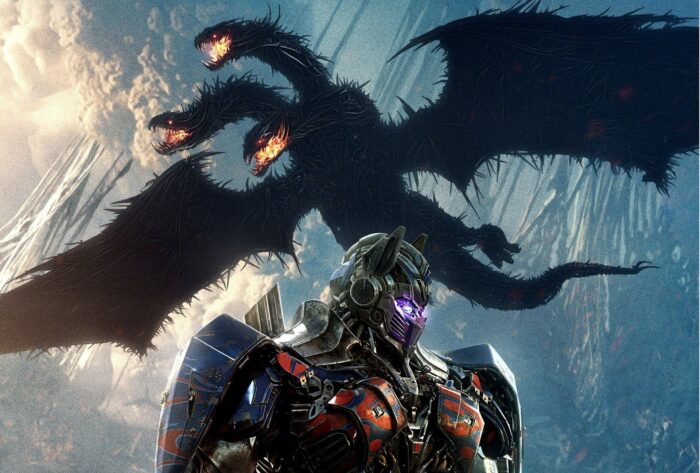 I would definitely have wanted the movie franchise to continue with Sam Witwicky returning and maybe meeting Cade Yeager, for a sixth film both were interesting characters. I’m not sure how they would be able to fix the way the movies are of humans disliking transformers since every movie had to be a big event with lots of destruction and unsure how they would continue after Unicron but I’m not familiar with the stories so I’m sure they would’ve continued somehow especially since they were meant to continue for much longer and The Last Knight set up something for the franchise to continue. 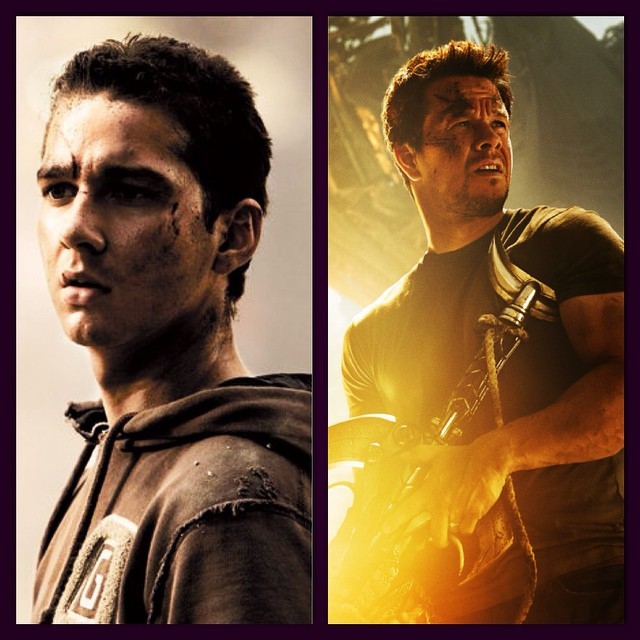 With Bumblebee now being a reboot to the film franchise this is the end of this continuity and I’m fine with that. Overall I liked digging a little into the Transformers world, only having watched the pilot movie of Transformers Animated and while I don’t think I”ll be checking any other Transformers media besides Beast Wars, I would watch more casual Transformers movies like the Bumblebee reboot continuity or even more in this continuity. But counting how much I enjoyed the dinobots and even dragon mecha fights, it’s clear that my favorite aspects can be found in other franchises like Power Rangers without the cars gimmick. 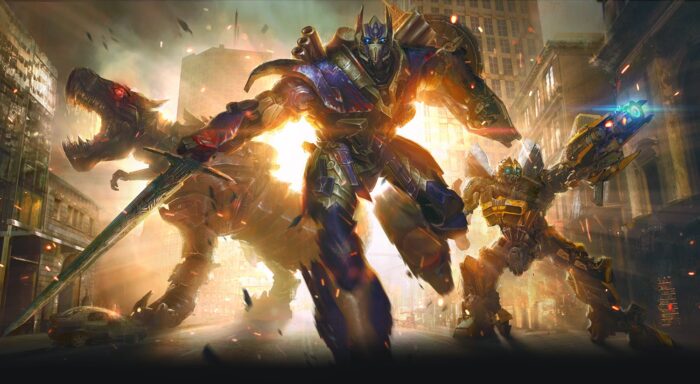 Characters were interesting enough to follow and despite many bad choices in terms of caring about the robots I can’t say they are horrible movies, just popcorn flicks you can enjoy but not really think if it was a good movie or not, I guess I can understand as a fan that’s not enough but being casual to transformers, they were a good watch.