I was watching Power Rangers when suddenly I see this commercial of kick ass anthropomorphic Sharks with the raddest 30 second ad I had ever seen up to that point. The next day at school I asked my friends if they had caught that and we all kept talking about it, we had no idea what it was only that it was jawesome. As a kid I never caught the Street Sharks cartoon but that commercial was enough to sell me ont he toyline. Even if the cartoon didn’t make much of an impact and they were pretty much just another TMNT rip-off, they had enough 90s Extreme oozing out of them that it did not matter, they were going to make an impact. I Loved the figures but only ever got Dr. Piranoid and the guy with the nose drill Slash. At this point in my childhood many things were competing for my money, so I just got some villains to fight the TMNT. Perhaps if I had caught the cartoon it would’ve been different since it would’ve kept my interest in them but I just saw how they kept releasing more and more figures and they kind of got lost in the shuffle as video games and other things were still fighting for my kid money. Now that is only to begin to say as to why they weren’t a bigger part of my childhood. Nonetheless I loved everything about Street Sharks despite not watching the cartoon or having many of the figures. 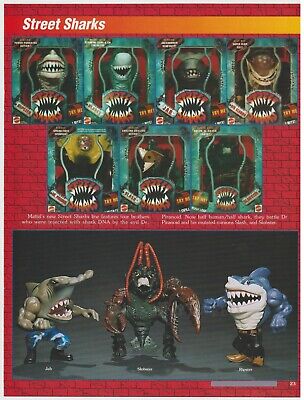 These figures made a presence right on the shelves, they had this unique packaging that nothing else in the shelves had. You could actually touch the figures and they felt awesome, and they were encased in a shark tank with beat up shark cage. We’ve never seen packaging like that again, so innovative, attention grabbing and all around badass. That’ show you make a figure stand out. The back showing what was available showed promise with your good guys and bad guys.

The figures were just big and intimidating, not to mention Sharks are just cool. The fact that they were bigger than Ninja Turtles but basically still the same scale meant that they were great to crossover. The two bad guys made awesome new enemies for my turtles to fight posing a great challenge to them. Just the villain they had big hands,, claws, drills, harpoons, transformations, what more could you ask for. And they were hard plastic so you they felt like they could command respect. The sharks were cool ont heir own right but at this point I wanted more villains since the TMNT had enough allies to help them in my toybox. As more waves came out with different colors I did not mind, I was still wanting to get more Sharks even if I never did, but I started to see some of the other allies and new enemies. I liked how the line was growing even if it also felt I needed more birthdays to be able to get them all. But even looking at them now there was tons of potential for this franchise which was never tapped, including the space storylines that we were shown on toys and new enemies. The toys showed what could be done if they tapped to the full power of the franchise and that’s what a Street Sharks reboot could do.
Perhaps bad timing in my life wasn’t the best for these figures but if it had come out just a bit earlier with a stronger multimedia plan I could’ve become a huge fan. The revival with the toys I think will show that there is a demand for these figures out there and while inferior to what we got, it’s neat that we got these figures released. somehow. 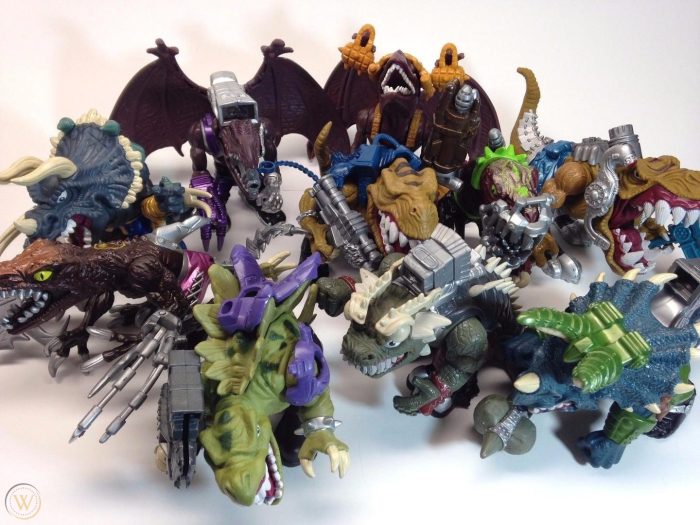 Extreme Dinosaurs was basically a dream line for me, I always wanted dinosaur mutants for the TMNT line and never got them besides Triceratons. Not only that but they were made in the style of the bigger Street Sharks, this would’ve been a winner, but by the time I saw them on shelves I was too into Nintendo 64 to worry about some toys. Switching to a more generic packaging didn’t help and i just felt like it was too many figures that I would need to get for it to be worth my money. Looking at the figures now they look a bit goofy, the stylized designs don’t work as well for the dinosaurs, still they’re rather cool and just came at the wrong time for me. 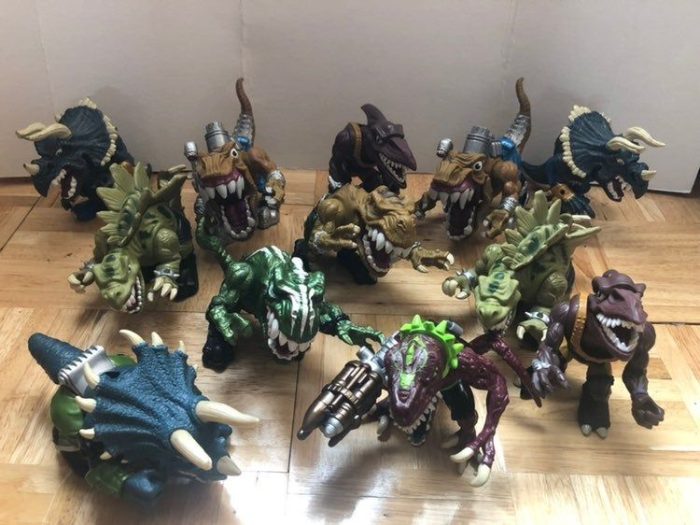 Extreme dinosaurs was never as big of a toyline as Street Sharks but it was a spin-off of a rip-off so I guess you couldn’t ask for too much, I think given the circumstances it did as well as it could. Same with Street Sharks, it was a strong enough concept but it was just a cash in by Mattel and were never given the chance to shine and really show the potential they could’ve had. Perhaps one day.