I loved going to Showbiz Pizza as a kid and got to go plenty of times but I never quite go to go during Christmas so I missed out on the The Rock-afire Explosion band Xmas show. So digging around youtube to watch some shows of different Christmas shows that were given that I was able to find so let’s take a look at what Creative Engineering was able to do for the holidays. Not really interested in any Chuck E. Cheese’s xmas shows but I’d take a Five Nights at Freddy’s Christmas special as mentioned before. 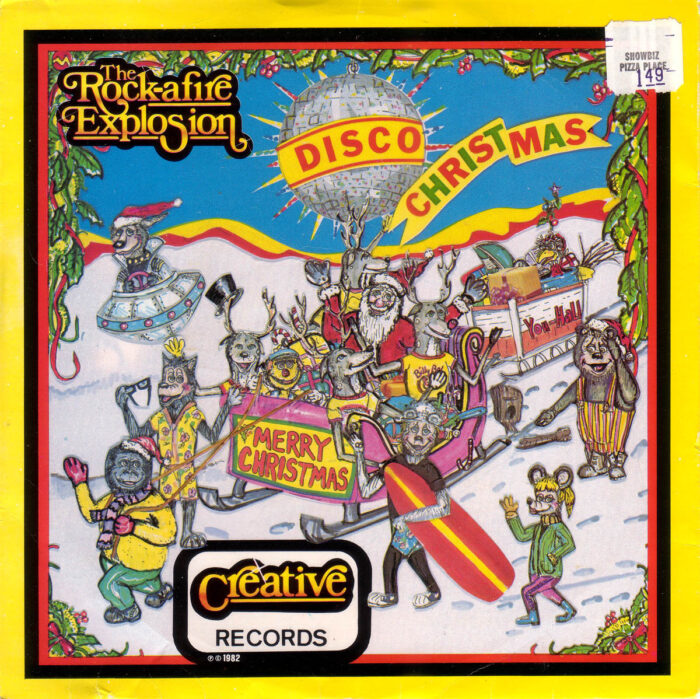 I saved the best for last but first we have this show that was produced in 1986 because of behind the scenes drama that corporate was having with the company that made the shows but they sneaked in a show for the different Showbiz Pizzas. I think it’s pretty great that they were able to do this. 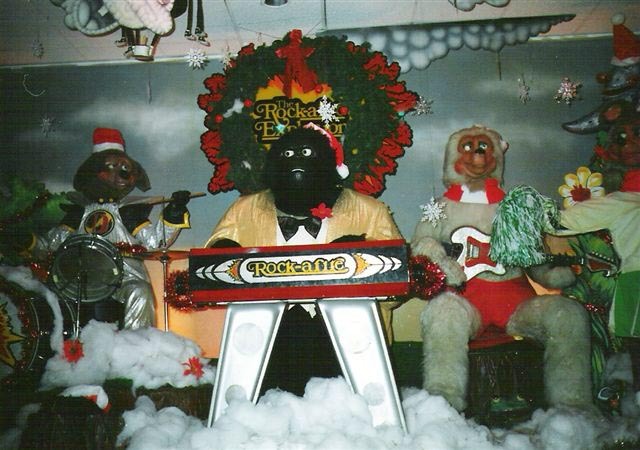 They sing Christmas Carols with their own twist and the Uncanny Valley is definitely strong. I feel they needed some Santa Hats or some decorations like a christmas tree but I’ll take what I can get. It’s interesting that they note that they’ve had special shows since 1980, making this the 7th time the rockafire explosion celebrated pizza, I mean Santa Claus’ birthday.

We continue with both silent night and Feliz Navidad,Aaron Fechter the founder of Creative Engineering uploads these old shows and films them with current cameras which makes for the best way to remember them. If not these shows would be lost forever. He also provides commentary on the backstage information of certain shows.

This video is only the 12 days of Christmas that was made in only 2 days and rushed to see if they could actually come up with shows quickly. It was made in 1982 and while not as great as the Teenage Mutant Ninja Turtles version it gets my approval, one of my favorite xmas songs.

Disco Christmas from 2016, unsure if this is an old show or a new one. Not the best in this list and even worse audio quality but here you can see some of the animatronics decaying.

Finally we have a winner a recording from 1995 apparently incomplete since the second half of the Santa Claus skit didn’t work properly. The Santa animatronic is not the best maybe because instead of being an anthropomorphic animal he’s human. He’s not fat enough and that crossed leg bothers me but he does have a soothing voice.

There’s something very charming about the segment and I like it a lot. It is easily my favorite of the bunch despite the quality here is part 2 of the segment.

But this is not all, we also have a Holiday Special video from Showbiz Pizza Christmas and the gang. It’s definitely something and in a way very different from what we have here.