It’s New Years Eve and what better way to spend it than taking a look back at one of the best New Years Eve according to my memories which is the New Years Eve 1998 counting down to the new year of 1999. I think this was the first time I was old enough to really appreciate that a new year was beginning and feel the magic as if it were something special when it’s really just any other day. This one is particularly a good one since it lead to the greatest year ever made of Nineteen Ninety Nine. We’ll take a look at Dick Clark’s New Years eve celebration with the countdown alongside the Spice Girls and MTV’s New Year’s Eve Live show with Limp Bizkit and Spice Girl.

I have to admit that Dick Clark did not have the most memorable commentary with confetti everywhere making it a bit more memorable as we see 1999 in full view once the Time Square Ball dropped, we also see what things are happening in Disneyworld and basically anyone not on the east coast just wondering why they haven’t been in invited to the year 1999 yet and still stuck on old 1998 but here he mentions fireworks are happening everywhere so maybe they decided to celebrate New York’s new year because Las Vega’s was still in 1998 for 3 more hours. Some of the songs here are from New Years Eve 1997 but we’ll allow it since that’s also the other year where they were extremely relevant to 90s pop culture and the video is not separated but hell yeah, Spice Girls were the most awesome thing those 2 years brought, we didn’t need any more.

What a time to be alive, in New Years Eve 1998 as the Spice Girls were still the hottest thing and singing live for the audience with not their greatest audio or outfits but luckily the studio track started playing to help hide the awful performance. Songs included WannaBe, Too Much and Spice up your life but since it was lip synced there’s not much to say other than to remember how blessed we were to have the spice girls as this was basically good bye, I don’t think they were very relevant in 1999.

While the Spice Girls were on their way out, Limp Bizkit and nu-metal were on the way in and MTV showed they were more relevant with their act and a real live performance with Fred Durst and the guys. MTV wasn’t wrong to consider it buzzworthy and we get a small introduction of how the band formed and performances of Stuck, Faith/ JumpAround with Everlast and a cover of Prince’s 1999 which was appropriate enough for the event. Green Day and Method man were apparently also giving performances but maybe another time meanwhile we get to see Carson Daily and Jennifer Love Hewitt hosting the final hour of 1998 as we see Kid Rock being the DJ because he was a thing back then and man MTV really was killing it and showing what it was all about. The prince cover of 1999 is surprisingly well done, the other songs are fine; nothing special or wrong about them. 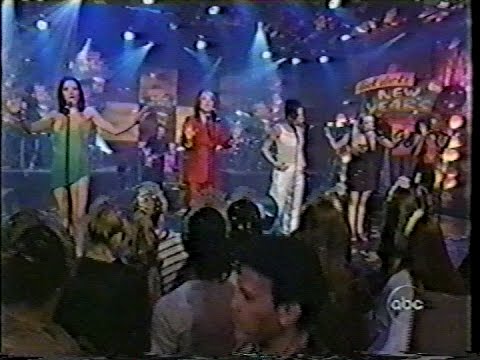