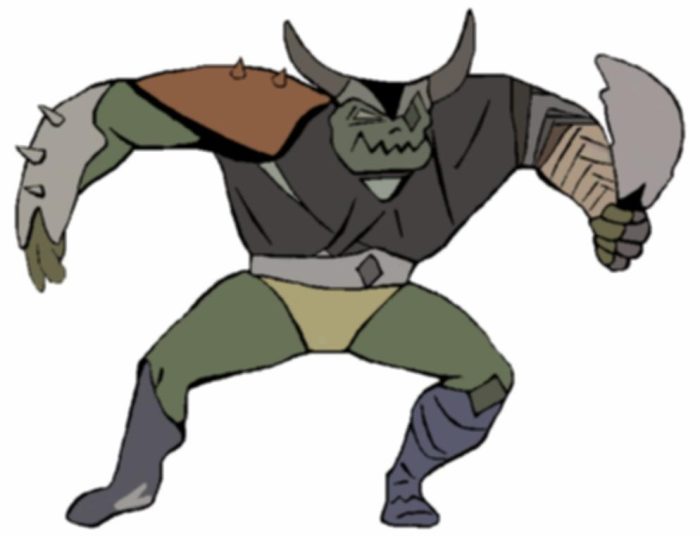 To some Mighty Max fans they recognized this character from the last episode of the Mighty Max cartoon. He was not given a name but was obviously interesting enough for these kids to remember about him. Since he isn’t named people would just commonly refer to him as a Green Warmonger. This is because he does look quite a bit like SKullmaster’s second in command Warmonger but colored green. In fact some fans considered the Green painted variant of Warmonger from the Heroes and Villains set to be a figure of Nactrone, but that’s not the case since it is clearly labeled Warmonger. 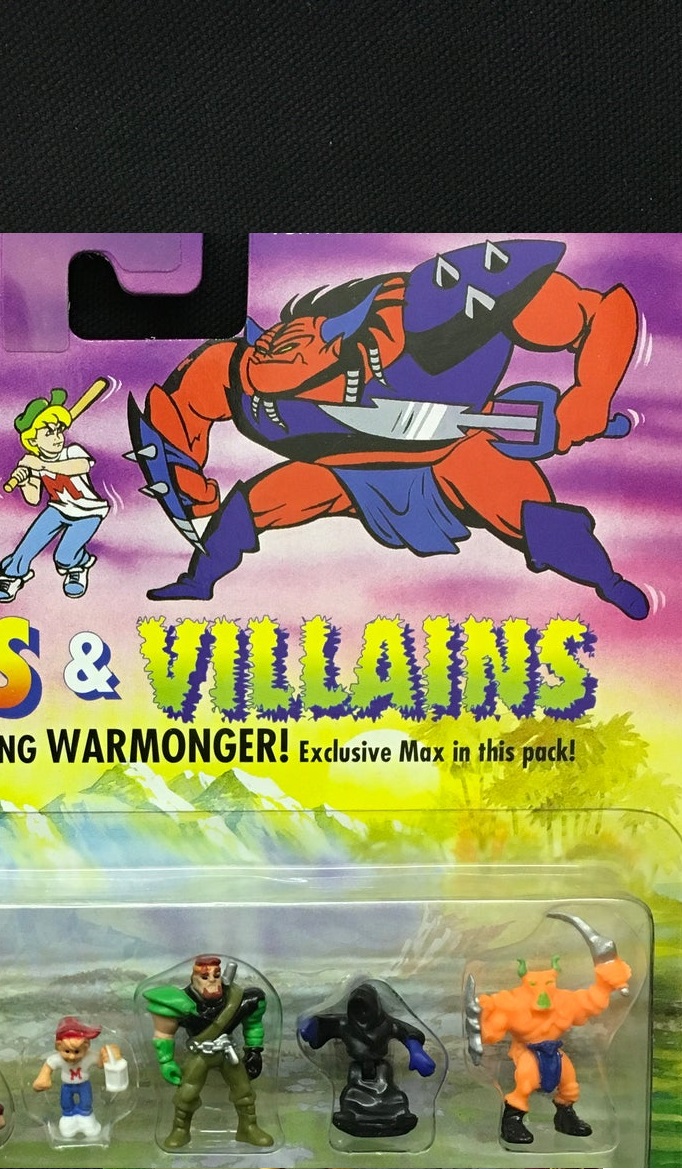 The character actually comes from a BBC Children’s contest where anyone could design a villain that would appear in the MIghty Max animated series. A 9 year old Adam Shaw / adam_antski from England (appropiately counting Max’s origin) entered the contest and won. We actually get to see in Disney Adventures Magazine for June 1995 a small interview where he talks about how he won, getting flown over to L.A., meeting the cast and crew of the show and of course eating Burger King. And that’s how Nactrone was created, his original design does look a bit like Warmonger and when drawn in the shows style his silhouette looks even more like it. Hence the confusion. 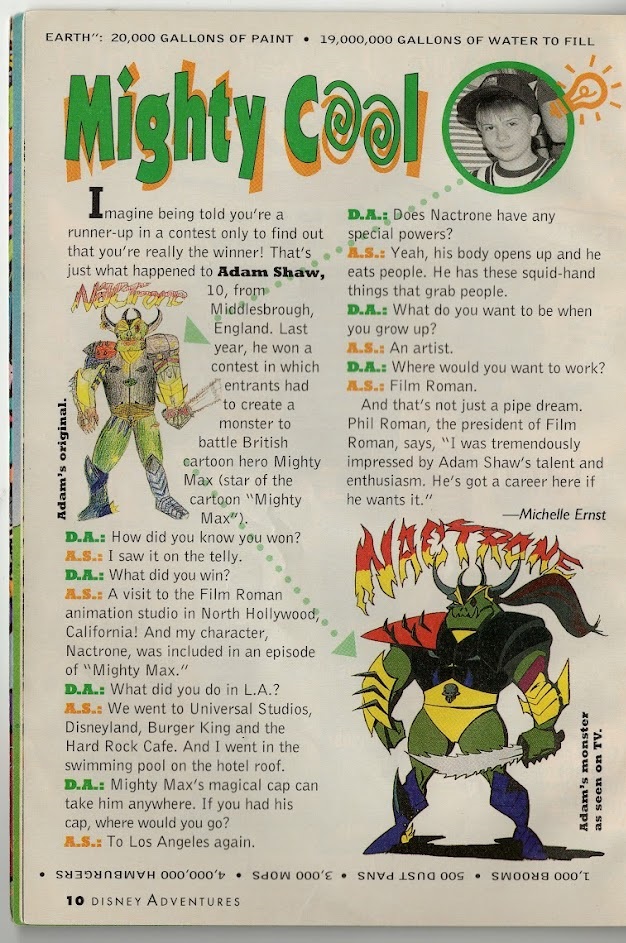 Sadly we don’t know much about the character, the show was cancelled after its second season and he only appears in Skull Mountain during the final battle in episode 40 Armageddon Outta here. All the trouble to make the contest, design and whatnot for a brief appearance that lasts about 40 seconds in total. I guess that’s how long he needed to be there to meet the legal requirements of the contest and while it’s a shame that he wasn’t used more it actually makes him even greater in my book that all that trouble for this throwaway scene to be done. 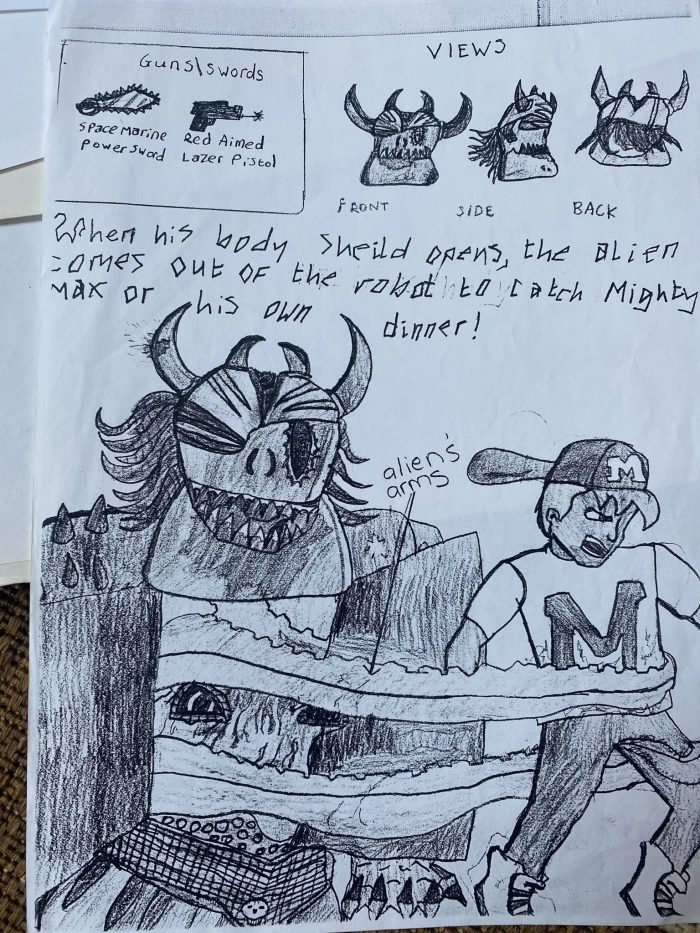 It does give him a Boba Fett vibe. He just randomly appears from the shadows to attack but Max evades the attacks and escapes. Only to be attacked what is described by 10 year old Adam “Squid things that he eats people with” that come out of his chest. In a more recent interview done by Vincent of Mighty Max Worldwide, he was able to get a little more information and pictures from the creator. Nactrone’s background was not remembered nor does it seem like any other info on him like the (fan) comic he was going to make but we do know from previous interviews that Nactrone was half alien and half robot and that his name was chosen because it sounded foreign. 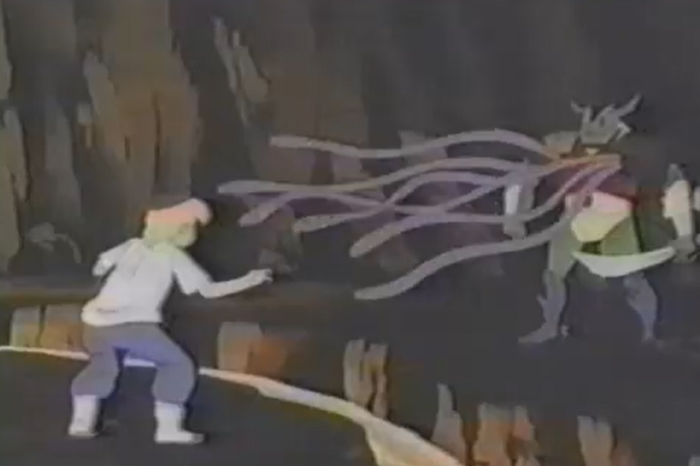 Apparently he was going to be killed off and from an old article previewing the episode. Nactrone perhaps was going to have bigger plans had the show been renewed for another season but who knows, it might’ve been a one time appearance. But I’d say the design is so odd and out there that it could’ve only come from a child’s mind and yet fits the Mighty Max universe perfectly because of it. It would’ve been awesome to have him as a minion in the Warmonger Megahead or hell it could’ve had its own playset. 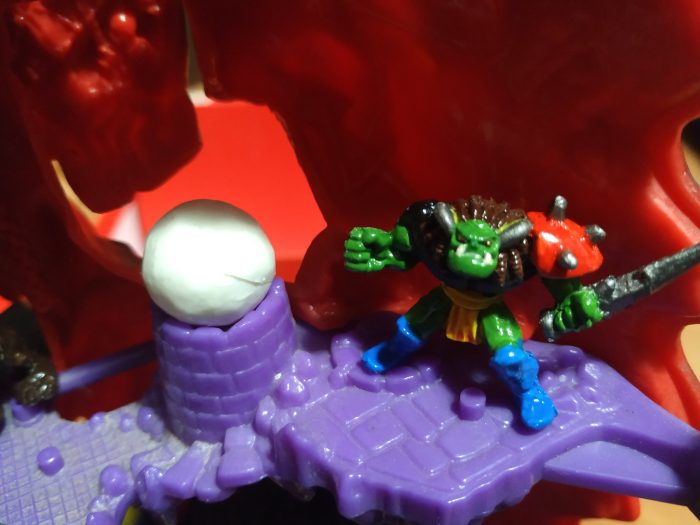 Now.. If I already wrote 6+ paragraphs on the origin of an unnamed villain that appeared for less than a minute.. I might as well go all the way! I needed a Nactrone figure, but as we know he was never featured in the show, counting how similar he looks like Warmonger; I got the help of my friends at Mighty Max Clones and got myself a Nactrone custom figure to roam around Skull Island in search for Max.