Jurassic Park made for young kids

I remember as a kid I had tons of friends who were not allowed to watch Jurassic Park, it didn’t make sense to me but after growing up I guess I could understand why some wouldn’t be allowed but I’d still say it’s a rather kid safe movie. But what about very young kids who only want to see dinosaurs? Besides the Jr. Novelization books there weren’t many options, there was no cartoon but you had tons of cool dinosaur toys. Luckily 25 years later now if a kid wants to get a version of the original Jurassic Park film they can thanks to the children’s book version of the first Jurassic Park movie by Little Golden Books. 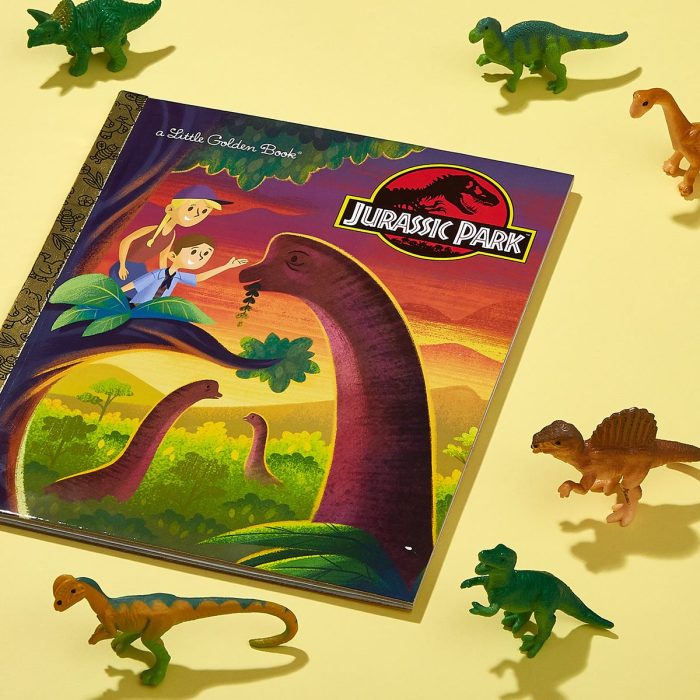 The first thing you have to know is that the artwork is amazing, it’s so cute and it fits the style so well that you want to buy the book as a grown adult just to own that cuteness. I love the book and how well it adapts the story in a kid friendly way, it hits all the major plot points while still having a shortened version of the movie that makes perfect sense. If I didn’t know otherwise I’d think that’s the complet story. It is funny how it breezes through most of the movie but the final act of the movie is easily more than a third of the book 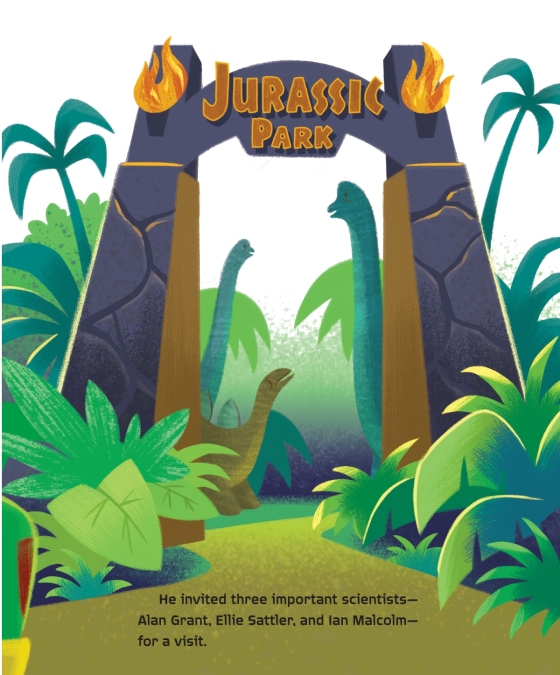 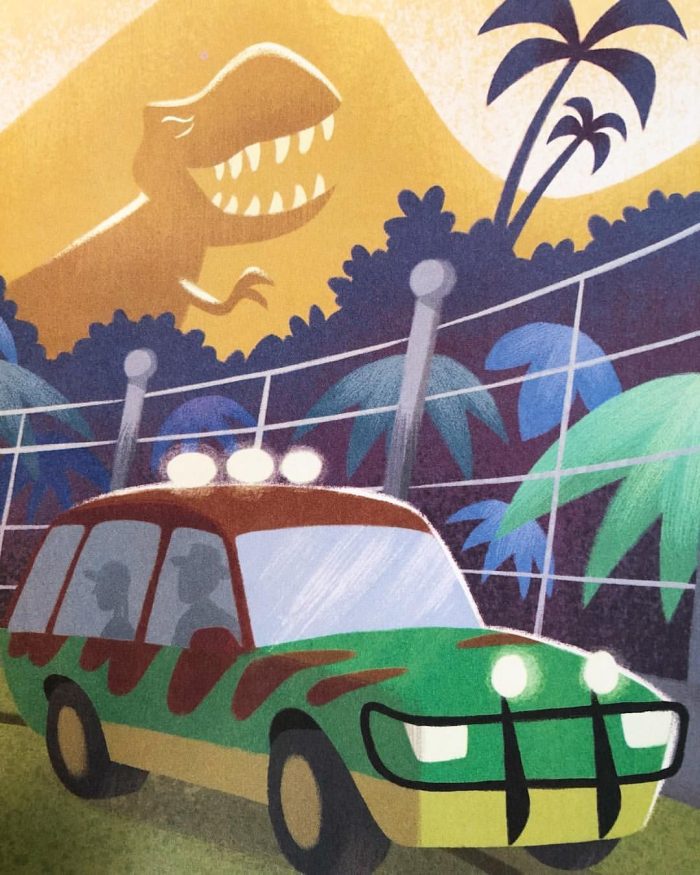 Luckily we have a great version to watch and have this story read to us by The Golden Book Nook who does a great job at it since it feels like a little kids book with a narrator trying too hard to sound overhype things just like in those Nick Jr shows. I especially love the final baby cry at the end of the video, seriously it works great as a small little audiobook with pictures and it’s only 4 minutes long.

Just like the book this is a short but sweet post to draw more attention to this great little book so more Jurassic park fans around the world can know about it and enjoy this obscure little release. Odd they didn’t do one for the original Jurassic World movie. It would’ve been neat to have seen the other movies adapted in Little Golden Book format.