Canon and Continuity are a funny thing people obsess over including here. Fandoms have tons of different vocabulary to express different ideas in related to the validity of certain aspects in fiction, we have words we’ve looked at before like Fanon, Head Canon, soft canon, retcon, soft reboot, etc. But there is one aspect that doesn’t quite have a name, or didn’t until now and that is CUPO which is Canon Until Proven Otherwise. It’s fairly self explanatory but we’ll take a look as to why it is. 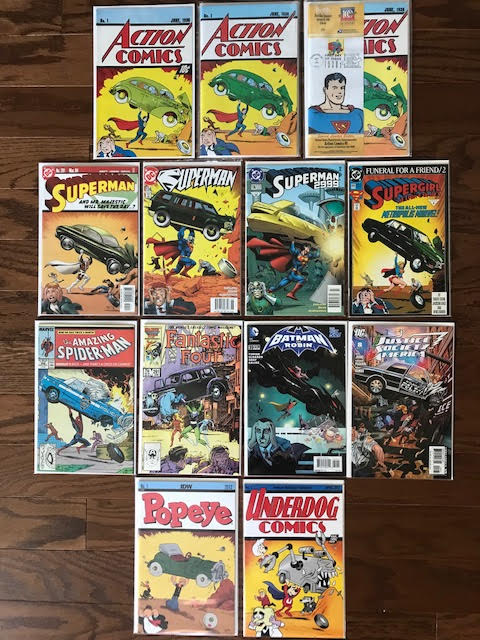 Any financially successful piece of fiction will have more than one version of the story and with each new version some details are done differently. Certain characters are added and whatnot, and future adaptations start using those new things that were added. This is nothing new and for the most part people took each version of a story as separate.

Sometimes elements from stories are not explicitly mentioned or shown in another version but you have to assume that they happened. Sometimes movies or shows omit origin stories of characters that we already know how they happened and surely they must’ve happened slightly different but it’s not necessary to show it off. If we don’t see Batman’s parent’s getting murdered we can easily assume that’s exactly what happened. Though maybe Batman is a bad examples since we always get his origin story.

No matter how radically different some interpretations of fictional universes might be, they all share elements. And while they may take a different direction since it’s a different world in that universes multiverse, those links are strong. If a certain version of a show had a character and not in another one, then you can either assume he just doesn’t exist in that universe but perhaps he does, we just never saw him on screen. For example the Batman The Animated Series did that with many DC characters, and lo and behold once we got more DCAU cartoons we saw that a larger DC Universe did exist in the Batman TAS universe.

The longer a show runs or movie franchise releases things more elements from other continuities begin to creep in and this is when things from other verses begin to become canon in other continuities. But they don’t decide to bring everything from those other ideas, they pick and choose what they like and change things to better fit their version. This is why it’s Canon until proven otherwise, since not all elements will make it over but if something happened in another timeline then we can assume that it also happened here albeit in a different way.

The more one specific aspect of a continuity happens in many different versions the stronger that its likely it happens in most universes. CUPO is not meant to be used to have your favorite waifu in every continuity where she doesn’t appear. It’s more meant as specific backstories or information of events that might not be referenced in a specific version and while that other book or movie might not be canon to the new comic or cartoon well if it enriches the story or provides more satisfying answers to plot holes then yeah it should be considered CUPO.

Sometimes some of those elements can retroactively form part of a previous continuity, like how the recent crossovers of Teenage Mutant Ninja Turtles when showing the 1987 turtles, there seems to be a stronger relationship between April and Casey, but Casey Jones wasn’t an ally like in most other shows or had any real relationship with April. Yet, as newer takes on these classic characters seem to suggest since that’s usually the relationship April and Casey have.

In the Star Wars movies we see a bunch of blink and miss it cameos from tons of Expanded Universe characters, showing that at the very least those characters do exist in the movie universe. George Lucas used to have a crazy way to define canon with different tears. This meant that if you liked the Expanded Universe then yeah all those stories were canon and the cameos you might see in the movies solidified it. If you weren’t then at least you knew some of those characters or ships had backstories. This is especially true now that Disney erased the previous Expanded Universe, all those little references means those characters exist, though perhaps not exactly as they existed before. So Dash Rendar exists since we see his ship but he couldn’t have exactly lived the same adventures in the new Disney Expande Universe.

I guess you can say it’s in a grey area of canon. This is a rough draft of the idea of what CUPO is but it’ll be updated with specific examples since there are plenty.