Showbiz Pizza their height made a Holiday Special featuring the Rockafire Explosion band who at the time were fairly popular and could become part of pop-culture. So of course they got their own Christmas special which I’m unsure how it was distributed, perhaps VHS or even Betamax since information on it is scarce but here we have the first full look at this Xmas special that deserves to not be forgotten. Perhaps it’ll inspire a Five Nights at Freddy’s Christmas special, come on Creative Engineering get on it! 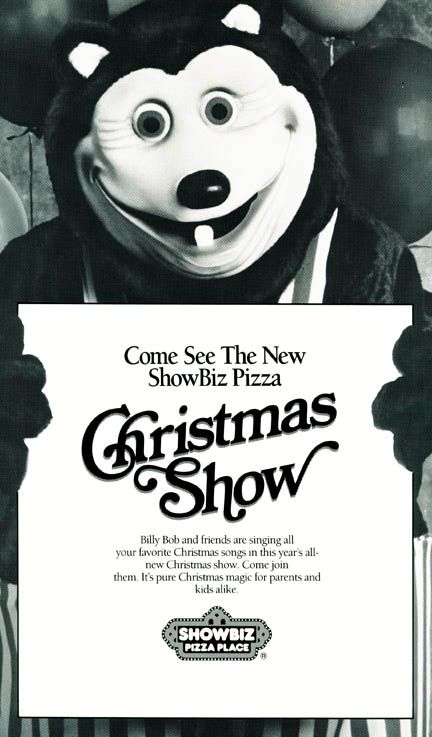 Homely for Christmas features the usual xmas songs and not much of a story, if you want an actual story then perhaps the live xmas shows of Rock-afire Explosion from Showbiz Pizza is a better alternatiave be a better take since they had plenty of them and in a way feature more of a story and this is barebones when it comes to that aspect at the very least. 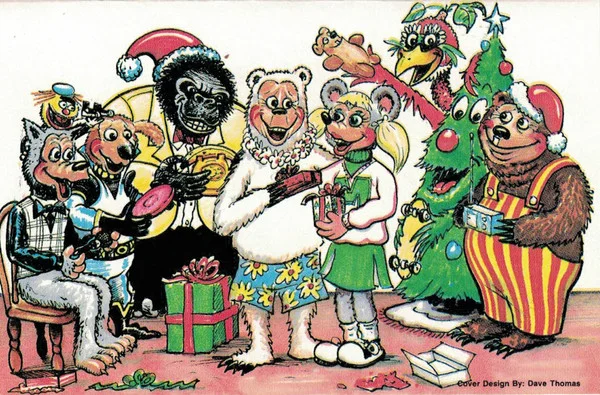 But let’s get to the good stuff. this little tape of a holiday special is definitely something. It’s a bad quality transfer that just adds to the mystique of it. Homely for Christmas is a little bit weird to figure out and after watching it I think it’s a new MiscRave Xmas tradition.

All the animatronics are behind a green screen that looks like the holiday spirit puked all over it with a mix of 70s colors as the name of the LP that was produced for the xmas songs is called Disco Christmas so it fits. In a way the green screen is impressive counting it’s low budget 80s stuff.

And in a way it’s high budget in a low budget kind of way since it does seem like they put some money into it despite it being a lower quality production. They use CG in many segments which was incredibly rare during those times, we see toy soldiers, a snowman and Santa’s sleigh through a town computer animated.

I like that they went all out with random animated clip arts of the characters moving and they even pulled out the costumes for people to wear of the characters for a bit. We see some animated 2D eyes so every type of media is represented in this special in one way or another.

In general the show is flippin’ insane in its own way gives vibes of the Star Wars Holiday Special .It’s fully produced and likely done at the height of Showbiz Pizza fame I think that’s why it was made. A lot of care and love was put into it and you can feel it as you get creeped out by the animatronics. 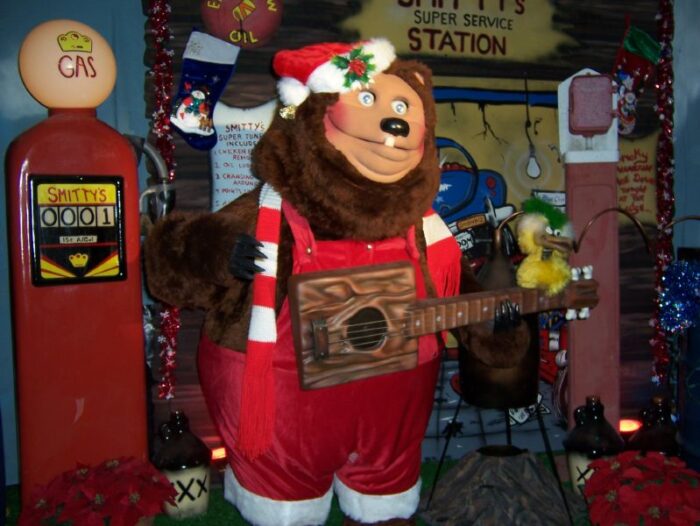 Showbiz Pizza and the rock-afire explosion might be gone forever but at least we can keep them every xmas in our hearts thanks to the beauty of video recordings. Future generations will be able to feel creeped out and view old xmas shows they were never intended to see.