Despite not having many spin-offs or reboots, the Jurassic Park franchise has been able to build a multiverse over the years. We have a lot of different continuities and the plan here is to see which ones they are and what they are consists of. Some of the timelines have stuff that is only canon to them while other stuff that happens in other universes can be counted as CUPO. Jurassic World gave us a lot of Expanded Universe as well but overall here is a list most major timelines. Now this list isn’t definitive and some might seem to have contradictions, so please view individual articles as they’re updated to explain why each timeline exists as its own and or how they are connected with further detail. 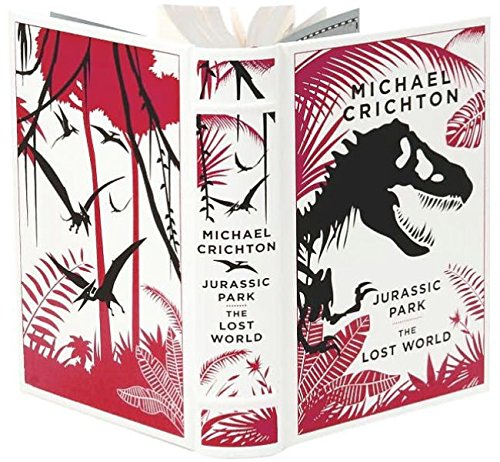 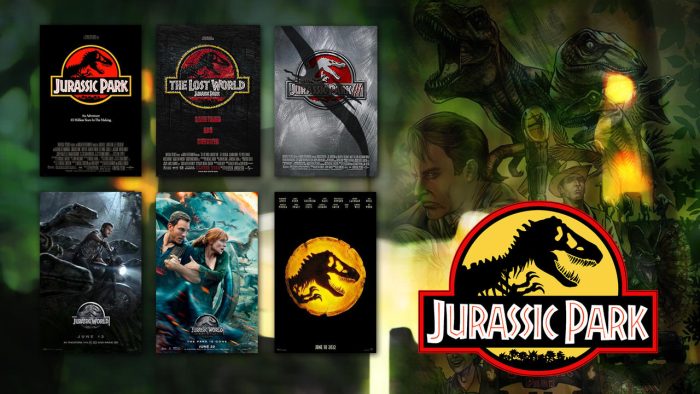 Movie Canon:
The movie timeline is not too difficult as of now since it is mainly compromised of the Jurassic Park Trilogy and the Jurassic World Trilogy. It also includes the two short films released. Any marketing material or spin-offs touted as “canon” are either soft canon or Canon Until Proven Otherwise CUPO but not actually canon since they will most likely be contradicted when future movies come out as is the case with such material. Any movies after Dominion and/or TV shows that may happen would be able to be in this timeline in the future if it’s continued. 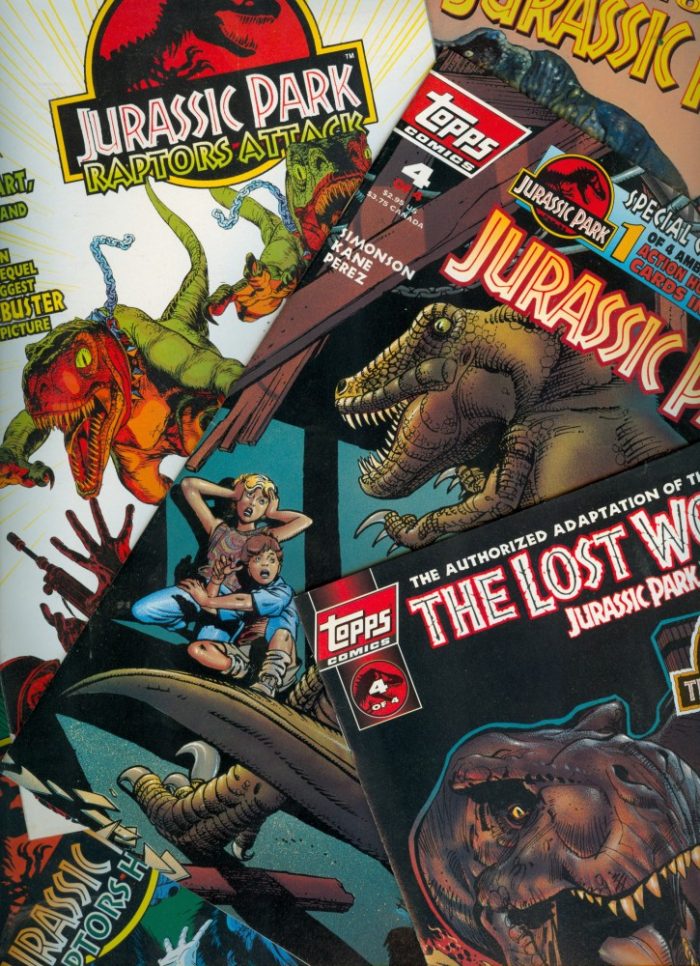 Comic Timeline:
Topps comics printed a film adaptation of Jurassic Park based on one of the final scripts, later released a prequel comic for Jurassic Park which is an original story and then released a sequel that dealt with raptors that was ten issues total divided in three arcs but one on going story with an ending. Later they started another sequel series Return to Jurassic Park which ended on a cliffhanger and wasn’t continued. Return to JP and the Raptor Trilogy never reference each other but they also don’t contradict each other. Later they released an adaptation for The Lost World Jurassic Park based on the final script so it includes the deleted scenes not in the movie. The events of Return to JP seem to have been taken care of since those events are ignored and of course it means Robert Muldoon died.

IDW did their own comic series, they take place years after the first two movies, no real reference is made on the third movie though I guess it could’ve happened. None of the 3 stories reference each other but it’s safe to assume it’s one continuity. Based on the themes that the two comic series have and also that IDW reprinted all of the Topps comics we can assume that both Topps and IDW are one timeline, there are no contradictions and they work really well together.

Jr. Novelizations are always made for young readers based on the latest movies off of the final scripts, this means that there are some differences from the movie in general. All the Jr. Novelizations make a nice continuity which actually features 3 original stories with the Jurassic Park Adventures books that take place after Jurassic Park 3. This is a hidden gem of a Jurassic Park timeline. 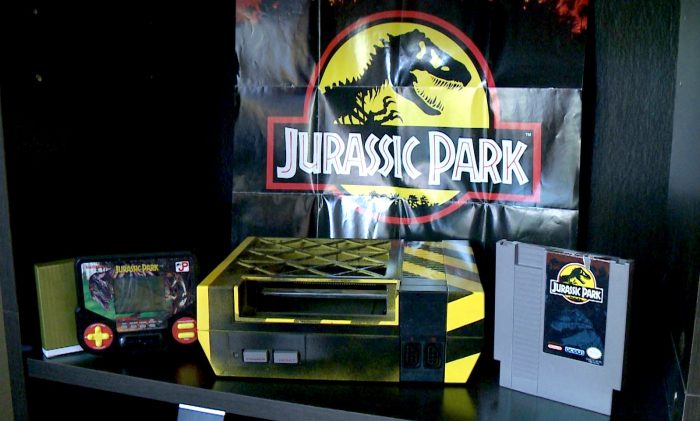 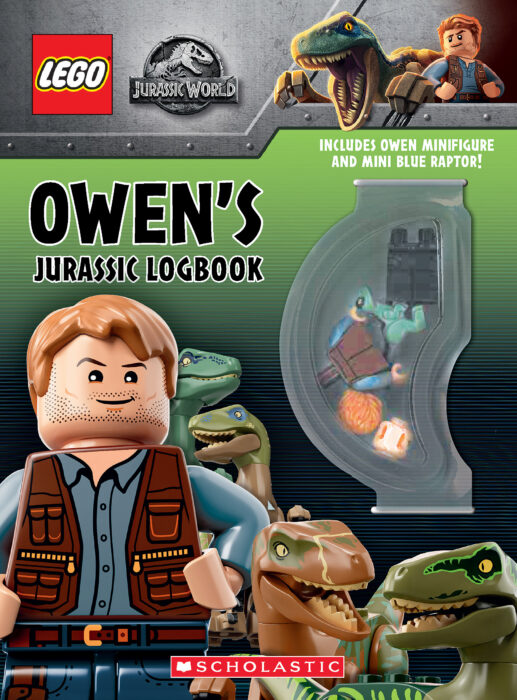 Like them or hate them Legos are popular and they have done a lot of stuff with the license, from the toys to the video game that re-creates the first 3 movies, the Lego JW Magazine, the special movies made for it and the all original interquel cartoon Legend of Isla Nublar. It might be a little sillier than the other continuities but this Jurassic Park universe has more lore than most of the previous Jurassic Park Universes we have explored so far. 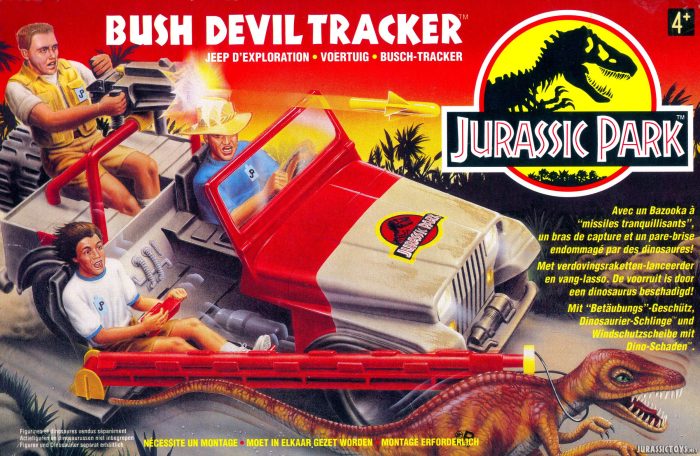 Toy Canon:
The toys clearly told us of a different timeline where things were happening after the events for the movie, hell the vents of the mvoie happened different based on the bio cards from the toys and the accessories that they had. There is no one definite version of what happened since it’s kids who made up the stories after they bought the toys. But to not count this continuity because of that would be a disservice. A lot of lore goes into the marketing materials for the toylines, I mean we had Series II one of the first “what happened after the events of Jurassic Park? To crazy ideas like the Chaos Effects line that introduced hybrids to Jurassic Park back in the 90s. We’ve had toys from Kenner / Hasbro / Mattel but at the end of the day anything goes and the toys are interchangeable. Possibly the most fun Jurassic Park continuity out there.

Other:
This will deserve its own article but basically most spin-off material would fall under “Other” where they take the movies as canon but they aren’t necessarily in continuity with the movies. This would include the different Jurassic Park Rides, the live stage shows, the alexa audio adventure, officially licensed books and other stuff. For the most part all of these would be their own continuities each. But I”m trying to find a good way to organize them. Technically all those other adaptations like Books meant for kids, choose your own adventure and other reinterpretations of the movies would also count as their own canon, for the most part it doesn’t seem relevant enough to try to look at all those different continuities since they’re derivative unless of course it includes some type of new relevant information to make it worth noting.