Just a few months ago no one knew what Fidget Spinners were and now they are pretty much everywhere and have become a problem that schools had to ban them. But what is the real history of fidget spinners and are the latest fad. The media has been reporting various things, however as we have come to see a lot of it is FAKE news. So I’ll take this time to clear some misconceptions.

First of all it’s important to remember that this is a fad, and what exactly is a fad? The dictionary describes it as “an intense and widely shared enthusiasm for something, especially one that is short-lived and without basis in the object’s qualities; a craze.” And this is pretty much a definition of a fad, just like Pokemon Go last year people will lose interest rather quickly. I’d be surprised if it’ll still be a problem one year from now. The majority would have likely moved on by then and moved on to the next thing. 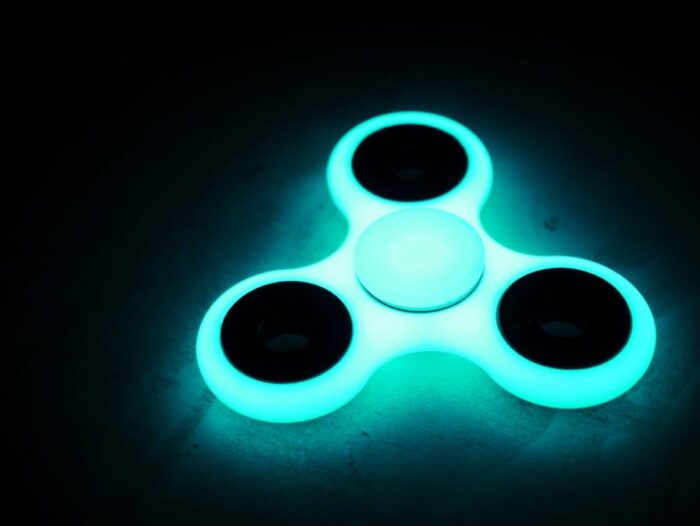 Schools started banning fidget spinners since they were becoming a huge distraction in the classrooms. This has given the rise of what I like to call Whining Culture to take effect. These people are claiming that fidget spinners are a necessity and shouldn’t be banned and they claim that they help with anxiety disorders and ADHD among other things. The problem here is that there is absolutely no evidence that this is true. Yet, these people will continue to ignore facts and cry wolf that they’re being treated unjustly.

I got to use a fidget spinner for a while and they are indeed amusing, I had a lot of fun with it. It’s basically a toy albeit a basic one but that’s irrelevant since it’s still fun. I have to admit that it does distract me more than it helped me concentrate and in fact it distracted me when other people were using it since it grabbed my attention. This isn’t a toy you can conceal and it’s also noisy. The tamagotchi and even finger boards are arguably less distracting and had a similar role in the classroom of making teachers angry. The difference is back then there was no shoe box for people to whine about it.

Could it possibly help people? I would think so but that doesn’t mean it’s their right to use it. I also have problems paying attention in general but I still try to focus. When I’ve been to class I liked using Hand Grippers to help me maintain my attention to the class. It was silent and most people didn’t even notice I was using it, other stuff like this has existed for years such as stress balls. In fact in the Times article linked earlier they mention how fidget spinners give a bad name to fidget devices that actually have proven to help.

This isn’t everything the media and people have gotten wrong, there are literally dozens if not hundreds of articles talking about how the inventor of the fidget spinner has gotten no money from a craze however none of this is even slightly true. As Bloomberg actually did some reporting instead of posting ill-researched news and having click bait articles to get some hits and making the blog news rounds. As we can read the original creator’s creation is not that similar to the actual fidget spinner and even if she hadn’t let go of the patent, most patent lawyers agree that she doesn’t have a case. The so called inventor herself can be seen quoting that her device was different.

The inventor of the fidget cube however did get screwed over a bit after having one of the 10 most successful kickstarters, his fidget cube molds were stolen by Chinese factories and sold for a fourth of the price and released earlier with the same or better quality. The fidget cubes were indeed a bit overpriced and he made plenty of money of his kickstarter but it’s still a bad deal unlike the so called creator of the fidget spinner story which is false. Fidget cubes can actually be more discrete and silent which actually make for a better device than fidget spinners for people who really do need them but the point is to complaint and not the actual issue itself.