Evolution of Fake News in the 2010s

What exactly is happening with “Fake News”?

There is a new buzzword that has become quite popular in the last few months and that is Fake News. The rise of this term is a rather odd one as what it has become today is not really the original meaning that it was given, nor the meaning that it was changed to. We’ve got to dwell a little bit more into how fake news evolved from a simple way to describe something that was happening to something entirely different.

The American presidential election in 2016 was not without a bunch of twists and turns but for the most part let’s try to ignore most of the complexity of it and focus only on the important context to avoid furthering any specific side. It is not really something invalid to say that the final results were anything but shocking no matter which side you rooted for. No one knew what to make of it and it came as a surprise to pretty much everyone so excuses or shall we say reasons as to how this could have ever happened began to arise everywhere. This is important as it’s basically where the story of the term Fake News being used. 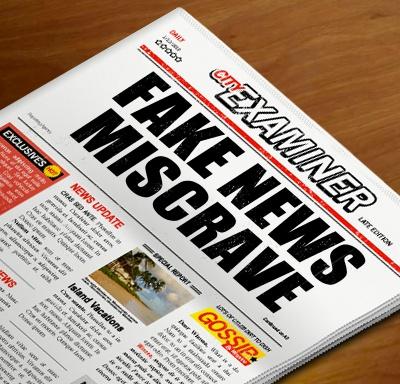 While it wasn’t the only explanation for the shocking conclusion of the elections, the Media and left leaning outlets started reporting that the rise of Fake News had caused the unimaginable results in the elections that caused the controversial Democratic candidate Hillary Clinton to lose the election. Now,things are never that simple but we won’t go into that here as I’ve mentioned. Apparently dozens or hundreds of websites with Fake News appeared and were shared constantly on social media sites like Facebook and Twitter which had absolutely no basis, factual research, were stretching the truth further than any reputable news source would and some were even completely false. This didn’t stop the supporters of Republican candidate Donald Trump from sharing them as they would soak up any bit of information which legitimized their own candidate and did the opposite for his opponent.

Apparently most of these sites came from Russia itself with varying reports that they were just doing it for easy money to a conspiracy that the Russian government was involved in having these made. For the sake of this article it doesn’t really matter which one is true but it did bring a serious issue to the surface which is misinformation being shared online as if it were fact. We’ve seen this from the rise of clickbait articles being shared that people don’t really put too much thought into the quality of the content that they share. The internet was meant to be a tool to help inform people, not do the opposite and it was at one point but as more and more people started to get online this changed as these new users were not the tech savvy folk that filled the internet with information. And with them all the bad habits of the real world became a problem online; The spread of Fake News.

Facebook and Twitter decided to curate the content in response to this but is this really the way to go? The problem with Fake News is that unless you have a diverse group of people fact checking each and every article and not letting bias take a role it would be impossible to do. An algorithm can only do so much and this is on the verge of being anti-free speech on two of the biggest platforms to share news on. The Left applauded such changes without realizing that what might benefit them now might spell their doom if the tables eventually get flipped. There is no easy solution to this problem but it is a big problem and one that needs to be dealt with carefully since not doing anything and not educating the public will only cause these type of things to happen more often but if dealt irresponsibly then it could create a problem with free speech.

Donald Trump has gotten a lot of attention and heat since he announced his candidacy but one thing that the media has always done is undermine and underestimate him by making him out as some kind of doofus who has no idea what he is doing. Donald trump just doesn’t get enough credit for how he has been able to use every attack of the media to his advantage as well as all the negative attention by flipping it and spinning it into something that his followers will gladly eat up. Some people like Scott Adams go the complete opposite way and give him too much credit and play his as some mastermind that seems to have come out of a PSYCHOLOGICAL comic book were the villain is always 5 moves ahead of its opponent.

In reality Donald Trump is neither the brilliant savior nor the idiot dictator that people make out to be, he seems to do plenty of idiotic moves but he’s also quite smart to be able to make the best out of the situations that he’s had to confront. In the case of Fake News that he did not like as it tainted his win, he decided to use the term Fake News just as the media had been doing but he used it instead to describe the same media outlets that were reporting and writing up stories that he disagreed on. Trump is a man that tests things out ot see how well they react with the public at large like any good sales man does and what happened? They gobbled it up as his followers finally had a way to defend themselves against any attack their chosen candidate was being criticized in; Fake News.

Seeing the success of it, Trump went along to call pretty much anything that was negative about him Fake News no matter how crazy or untrue it was to call it such. And yet the very media reporting how he was wrong would only further prove his point and show that he was right to his voters as it had now become a “me vs the media” battle. The media wasn’t entirely innocent either as by now years of click bait-esque articles, opinion articles and suspicious reporting has jaded the general public and Trump did have a point that there are plenty of Fake News in the “real news” media as well. The media by doing this disservice to the public only gave more fuel to Trump as his comments aren’t exactly untrue even if the a majority of them may not be.

As with any word, definitions change over time and we saw Fake News evolve from actual Fake News to news that you just disagreed with. But if you observe on the internet as a whole the term is already beginning to change as well and it’s being used as a way to just refer to things you don’t like, not really because you’re trying to de-legitimize the news article but to post how ridiculous something may be, how it just doesn’t belong there or just simply as a way to say that someone is wrong. A: “That house is pretty” B: “Fake News”.

What we need to realize is that for the moment we’re living in a world of Fake News which means all of the definitions to the term are being used. The new norm is indeed news articles that are entirely fake, Articles that have half-truths, Articles we don’t like and we can describe things that we disagree as Fake News. None of this is just not going to go away any time soon since there’s also no easy way to deal with any of the above in the current climate where no one wants to work with each other. Tread carefully online, do your own research and don’t fall part of the trap.