Based off the Video Game we get a live action adaptation of Double Dragon the movie and like Super Mario Bros the movie it’s also set in a post apocalyptic city. I saw this as a kid and even though I didn’t know much about Double Dragon I ended up really liking it, now I know more about Double Dragon and not a fan but I’ll see how this movie is. The movie is not very good at all but overall with the context of when it came out I’d say it’s not that bad as people make it out to be in the future world of 2007, taking place 14 years in the future from the release date of 1994. 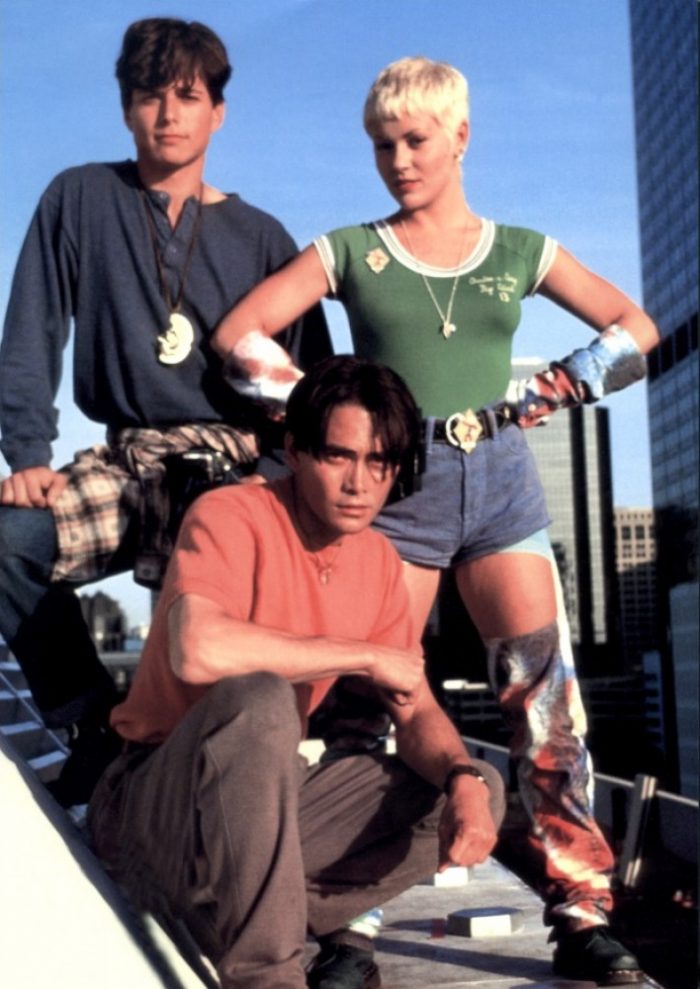 Besides Billy Lee and Jimmy Lee from the games you also have some other characters from the games like Bo Abobo who is a punk thug until he is mutated into a monster Blanka style, he eventually becomes good and I remember feeling so bad for him and really showed my empathy as a little kid for the bad stuff he went through and how his life could never be well again. Marian Delario who in the games gets kidnapped, here she is more of a punk warrior for justice.

Linda Lash another enemy from the games is just the henchwoman of the bad guy here. You have Satori Imada who takes care of the Lee brothers before she sacrifices herself and the original bad guy Koga Shuko / Victor Guisman who is a business man who wants to use the two medallions of Double Dragon to have the power of the body and the soul. Thinking the movie would do well I guess the 1995 Double Dragon fighting game on the Neo Geo has him as a villain and even the powers the Lee borers get in the movie. 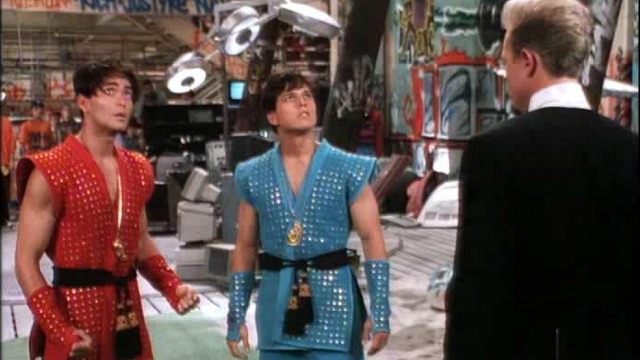 The fighting in general is not very good and it’s such an odd villain to have Shuko who has absollutely no chinese or martial arts connection, hell even as a businessman that he’s supposed to be is a bit of a stretch. Sure he can possess other people but not cool enough, the fight between the two brothers works though and the power up was cool.. Cheesy movie not great, could’ve been worse, I guess there’s something there if you want to check something different video game related out. 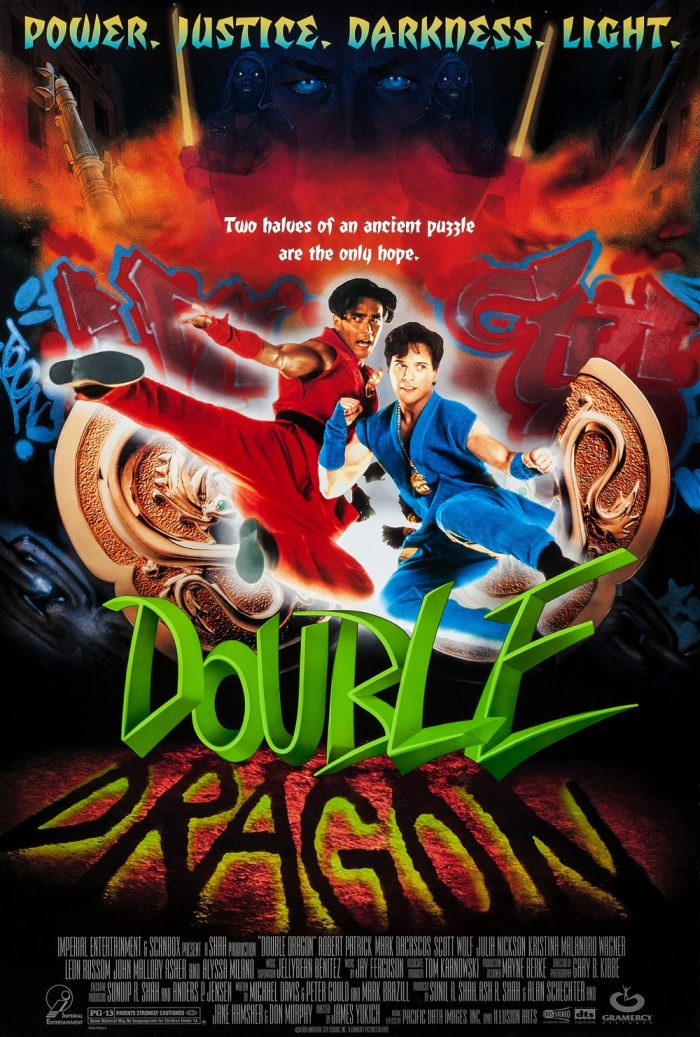 The animated version of Double Dragon fared similar, and this movie helped set the notion that video game movies sucked. A younger me loved it though. A beat em up doesn’t exactly give for the best material so all the creative choices taken can almost be forgiven. For more video game stuff click here.