While the underrated classic movie Casper 1995 didn’t get a sequel, it did get a trilogy of prequels oddly enough and they were all direct to video with varying quality. We already took a look at the Casper Christmas CG special which takes characters from these prequels and these prequels are stated as such even though there’s no real big links unless you count Ben Stein being in two of the movies in two different roles. While not reaching the highs of the original movie they at least continue the story and give us a bit more background into this universe. 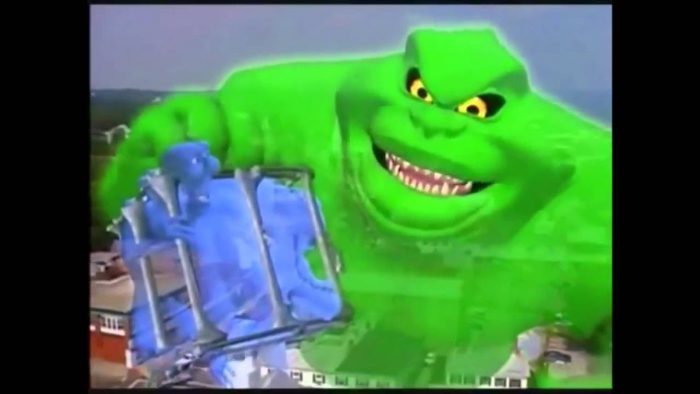 The prequel story to see how Casper became casper, already hinted at during the original 1995 movie but here despite the name we don’t really see what happened that made Casper die. We see Casper going on the train to the afterlife to train on how to become a ghost before he falls off and meets Stretch, Stinky and fatso, the ghostly trio who are now blue. We get to meet Kibosh king of spooks a big green ghost voiced by James Earl Jones of all people. He’s really the selling point of the movie as you wonder who this big bad is, and they know he’s marketable since he has appeared in many Casper media since despite this being a forgotten movie. 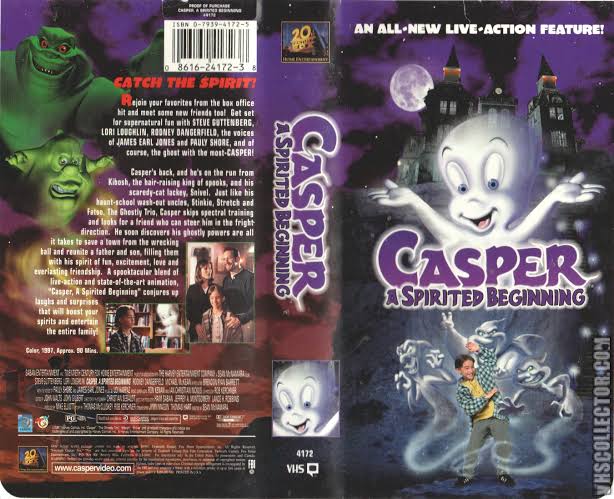 And yet one Story is simple they want to demolish the Applegate mansion, Chris Carson is the kid who has no friends but befriends Casper who is made with some bad CG, bad plot overall and bad effects as well. The movie in general is boring and the target audience is way too young since the movie is filled with too much comedy. But what can we expect from Saban and their cheap budget films like the Addams Family direct to video. We do get a somewhat rewarding ending with a bully side plot. 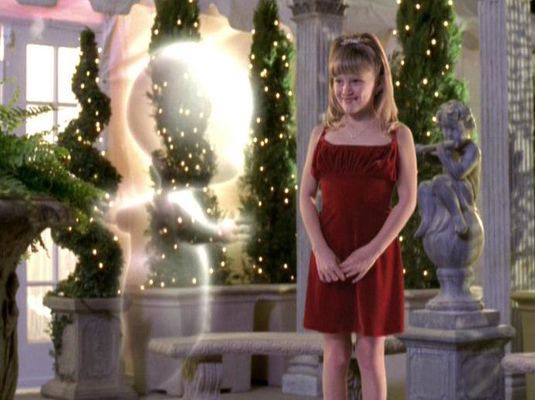 And yet we got a sequel movie just one year later and what is another way to make something marketable when you’ve told the origin? Well how about a Crossover with Wendy the good little witch who is no stranger to crossing over with Casper. They also hit gold with the casting since they have a young Hillary Duff right before becoming Lizzie Mcguire. And she is a great actress even here, she does a fantastic job as Wendy and interacts very well with Casper, the whole direct to video film pretty much relies on the back of her charisma for most of the movie. 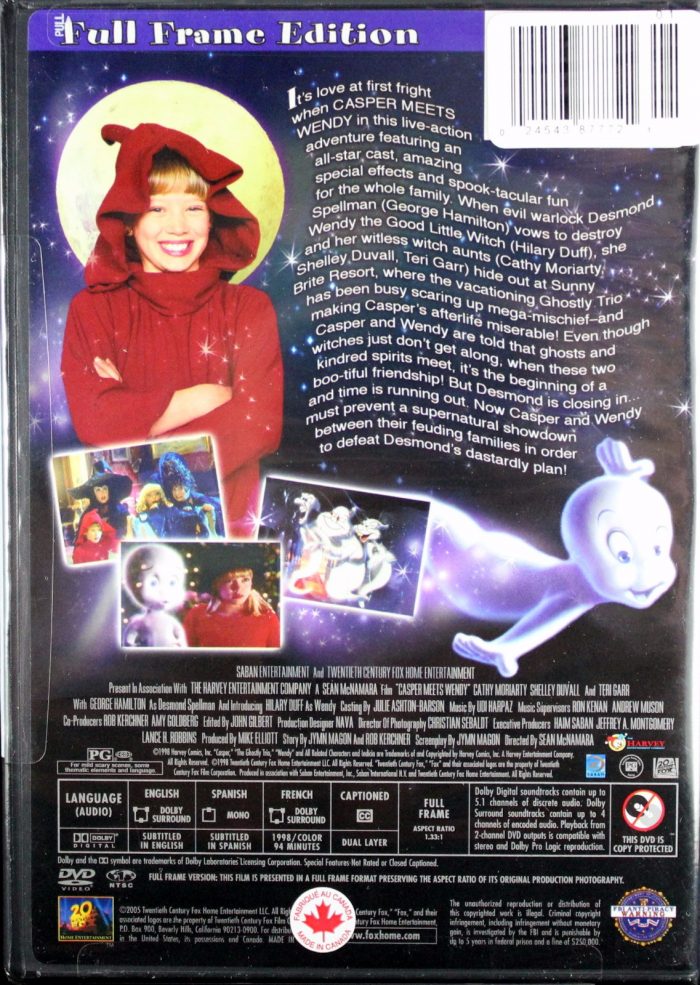 We get to see the ghostly trio as fleshies / humans and fun interactions overall thanks to Wendy. We also get to see Justin from Power Rangers TUrbo since this was a Saban movie. The main plot with the bad guy who doesn’t want a witch better than him Snow White and overall a better film than the last. Now the dialog is not great and the cg is still bad but despite it it’s a decent crossover. The overall plot is about a fight between ghosts and witches since they’re enemies and the big bad witch / sorcerer wants to get rid of Wendy but the ghosts and witches join forces to destroy him.

Overall the two prequels were rather lackluster and the Christmas special wasn’t much better either, these two movies try to piggy back off the original movie while the Christmas special does its own thing while sort of referencing the previous movies in a way. They both have certain charm and any Casper fan should check them out, other than that it’s not something everyone should check out unless you’re curious and then again if you’re reading this then it’s probably already up your alley.