When we got the disappointing Turok reboot in 2008 I was not happy until in one magazine I read about an animated movie based on the real Turok Son of Stone I cared about. The dinosaur hunter and not a space marine one, being an animation fan I was surprised I first heard about this from a gaming magazine in a short blurb without much info. The movie wasn’t advertised much and for a long time was rather unknown. When I first watched it I didn’t particularly love it but thought it had been a good movie, since then each re-watch has only made me appreciate it more. This movie is Turok Dinosaur Hunter. 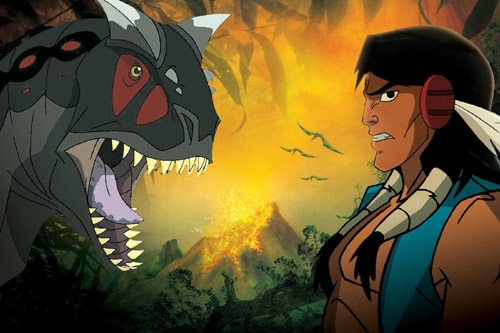 Most people who have watched it online have not seen Totally Turok which is a featurette as an extra on the DVD and well it’s totally cool You can see the people in charge knew the character and cared enough while writing this movie.
They researched and knew their history of the comics, incorporated elements of the whole history while being its own thing. A lot of love was poured into this. It’s not the most accurate version of the story, it’s an original take but that’s ok, wish they had made more. The movie in general is already like a wish come true that we at least got this adaptation. Hell they even got help from native Americans to be accurate. 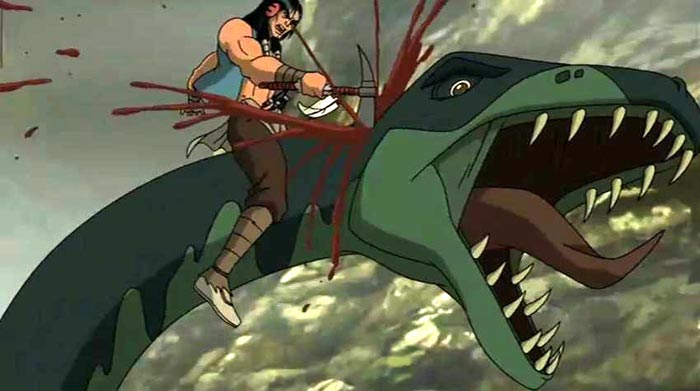 The origin of Turok is a bit weird since it changes stories of the original comics and I’m not sure I like Turok being cast out of hi tribe and him being violent. It’s what bothered me but it’s a DECENT origin still. we get some nice animation, great music which does wonders in mood/setting, better than your average WB DTV. Good action in the native American world before going to the lost land. It feels like Primal could take place in this world or viceversal. 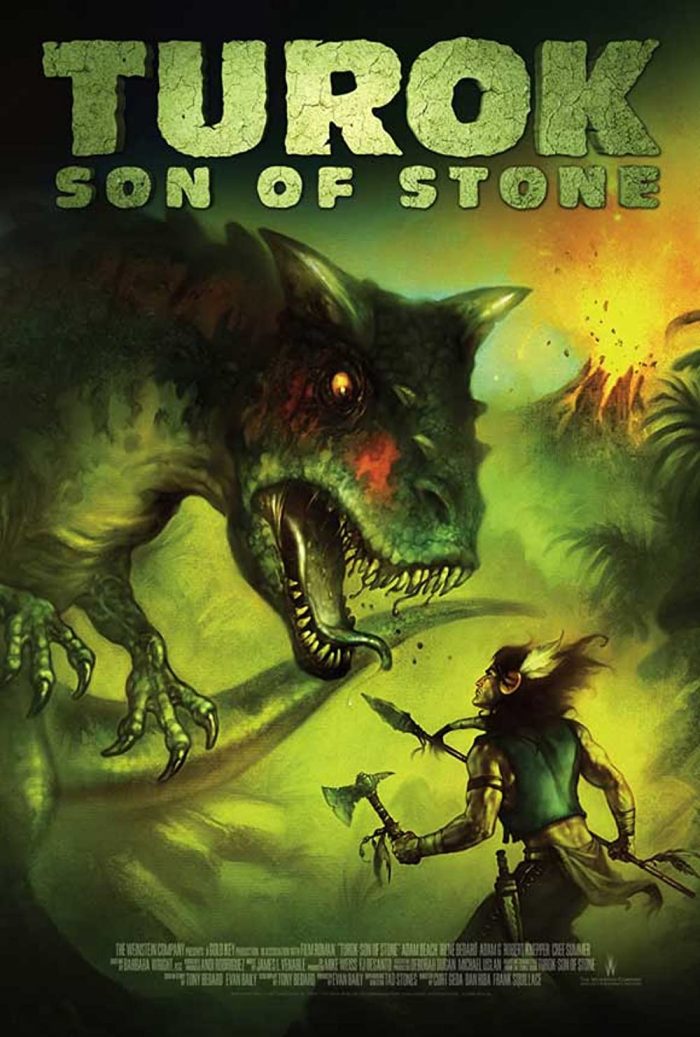 The movie is not for kids since it’s violent like the games, and yet it wants to be like the original comics Son of Stone hence the name but also has some of the valiant influences of having modern weaponry, just not full sci-fi. Turok isn’t Tal set but Turok like in the original comics. He has a tragic story but it’s a good beginning for a great Turok. Andar is Turok’s nephew here which is fine if they changed already some aspects of the origins and it works.

At least it shows turok was a badass from the beginning and there’s no becoming Turok in here. I love how they pass to the lost land through a cave, no magic portal, just the opposite side was different. And man what a great iconic theme for the lost land. We do get to see mega fauna, dinosaurs, cavemen, guns, anything you’d expect to see in the lost land. I would’ve loved a sequel with more sci-fi elements, or even without them anything more from this universe. They built an interesting world.

I always imagined Turok being a bit beefier, not as slender as he appears here with a Bruce Timm like design. A Carnotaur is one of the main antagonists at least the dinosaur one, we have the rival tribe leader as well as the main human antagonist named Chichak. Both get trapped in the lost world when the tree bridge is destroyed. The world feels so alive, you have so much mega fauna and settings you get the giant insects and volcanos. they understand what the lost world should look like. 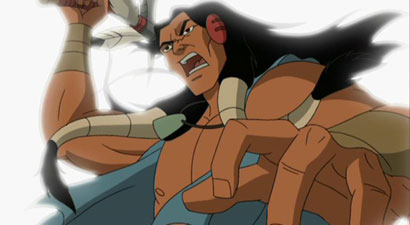 We get some cool dinosaur fights and encounters during the film. One of my favorites is an underwater dino fight. Hell yea, I could almost hear the N64 music. If you’re searching for a Waifu you get the love interest for Andar which is Aniwa. Andar’s mother is of course Turok’s love interest with Catori, a lot of world building here. Is it wrong to want turok to end with his brothers ex-wife? 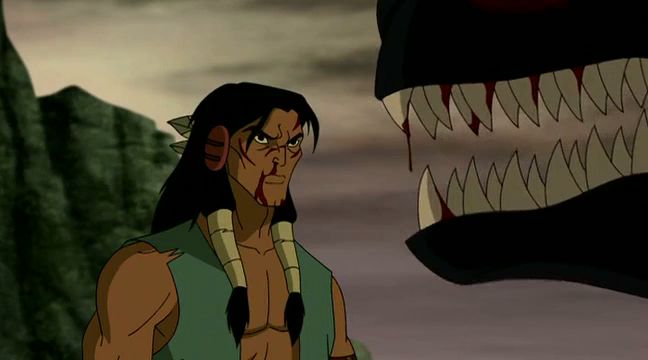 We get some fun little adventures in the lost world in this short movie and a good arc. It’s fantastic animated show and hugely underrated. Not so much a solo Turok adventure but that’s fine, it’s fantastic, great piece of a cartoon show. A lot was done in this project and it’s a shame it didn’t get more love. 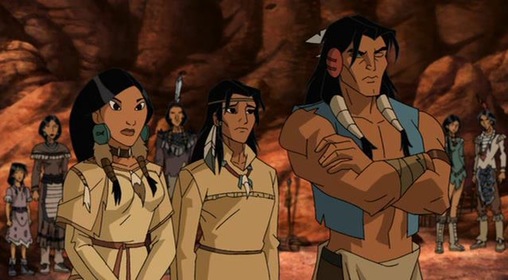 I would’ve loved to have seen sequels or even better an animated show based off this universe but that dream is long dead. We can at least say that Turok somehow was able to get the adaptation it deserved in the late 00’s after the franchise was no longer relevant. That’s a feat by itself. 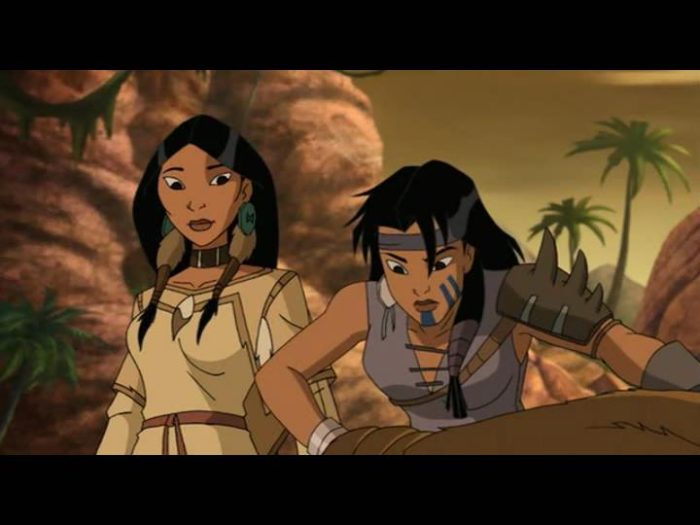 I hope we get some new Turok media in the future but at the very least we have Genndy’s Primal on Adult Swim which totally feels the same vibe as Turok. Hell I’d argue Primal takes place in the lost land, same psynergy and basically a Turok cartoon.