The 90s didn’t have their own Kamen Rider series, however there were 3 movies released, Kamen Rider Shin, Kamen Rider ZO and Kamen Rider J which kept the franchise alive during this time. You can tell they were trying different things with each one. Zo and J in a way are a pair since they do get a team up and have very similar suits and in many ways they are the Kamen Rider 1 and 2 of the Phase 2 Showa Era. 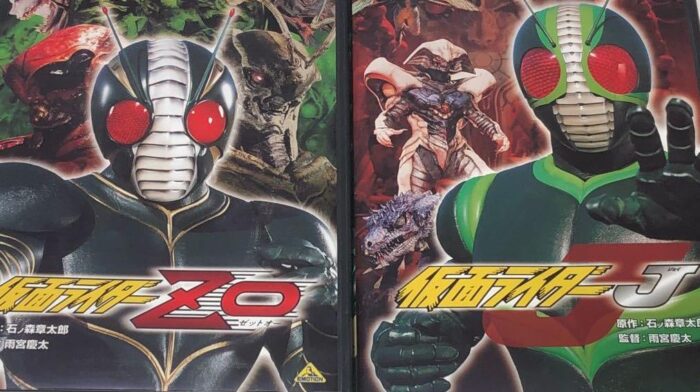 Kamen Rider ZO doesn’t waste much time in telling the story since it’s about 50 minutes long to set up a new Rider and a story. The beginning is in a Breath of the Wild type origin for the hero since he just wakes up and slowly learns more. We quickly have someone who is already a Kamen Rider and then we have a monster attacking that sort of looks like Kamen Rider Shin, later we get some monsters more akin to the series. 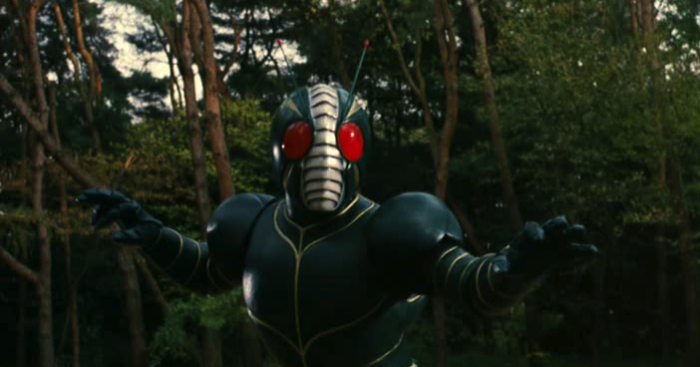 In fact parts of the story feel similar in the origin of Shin, just in a more traditional Kamen Rider way. It’s easy to see why they pair them up together with Kamen Rider Shin. The story is told super quickly and it benefits it since it isn’t the strongest one so going through it quickly is nice and we get to the action. It’s not a bad story but there’s no reason to stretch it. The twists in the story work and the fights are good, overall it’s a good movie, not the best thing ever but a cool suit and a story that can be followed quickly

It would’ve made a great series had it actually gotten one. The production value can definitely be seen especially since this was 1993 when Mighty Morphin’ Power Rangers came out. It might’ve been a good idea to have the previous rider return but instead we got a new one. 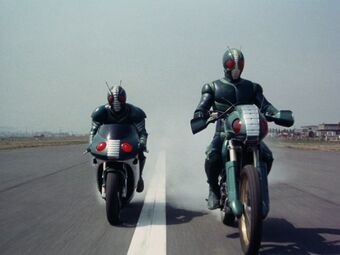 Kamen Rider J starts off a little weirder and less newbie friendly than the previous movie. Released in 1994 as a movie just like the previous one it’s also a short 50 minute story with a new hero. The suit is extremely similar but there are a few differences. Since it a short movie we get some action quickly but then slows down between fights of the fog members. 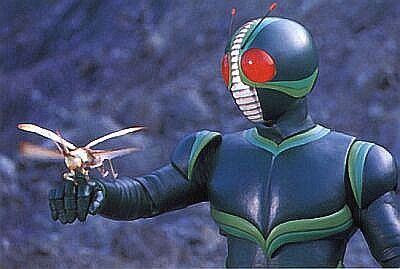 We have alien Fog Witches in this one and it’s definitely Kamen Rider with the weird plot but it could scare off a newcomer. The origin done quickly as well, with people who live underground adn give the powers to J, the whole movie is very eco-friendly which was big at the time and our hero the Power Warrior as he’s called is revived to fight the aliens. 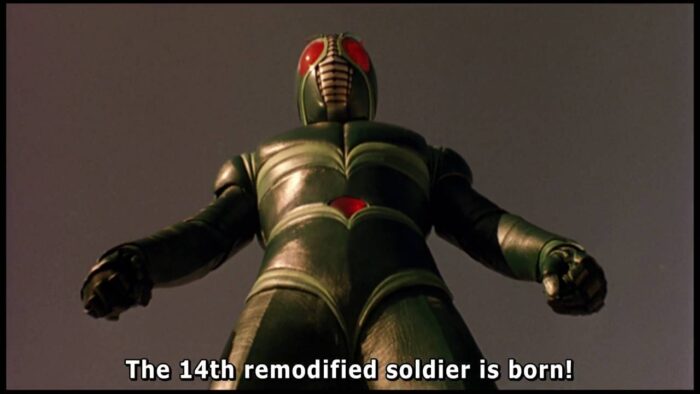 J does have a talking flying grasshopper as a Navi like fairy which that alone makes it a great movie. The fights are good, I mean the villains here literally killed the dinosaurs what else could you expect. J grows gigantic like Ultraman, a feature I thought I hated but now I see it’s great. Definitely Kamen Rider and what some could expect from the franchise. 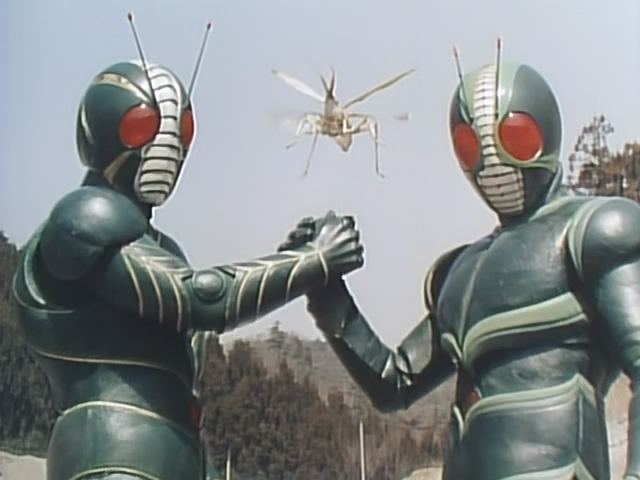 A 3D movie for an amusement park saw both Kamen Rider ZO and Kamen Rider J team up against previous Rider enemies including Shadow Moon, not only setting each other in the same world but also setting it in the same earth as the previous Showa Riders. Both riders are already together as if they have been partners for a while which is great. A lot of action and nostalgia and despite being 10 minutes long it gives the two Riders a nice send off. 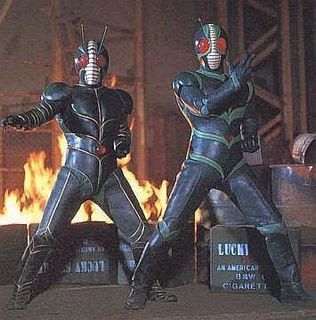 Both movies are a great way to get a quick glimpse of what Kamen Rider is through different aspects, and some nice motorcycle riding as well which I always enjoy when it’s done well. It was a good 40th anniversary celebration for Kamen Rider and since they are just three specials it’s easy to check them out and be familiar with 2 more main riders.