Godzilla 2014 was a mixed way to start the monsterverse

When a new American Godzilla movie was announced I was so hyped for the movie since I wanted a new western take on Godzilla and Japan wasn’t doing anything with the franchise. Everything they mentioned they wanted to do with the franchise was telling fans exactly what they wanted to hear and finally that original poster they released delivered with the message they had been giving us but I stopped being hyped for it after the trailers didn’t get me excited and the design seemed dopey at best. I still wanted to watch it though. 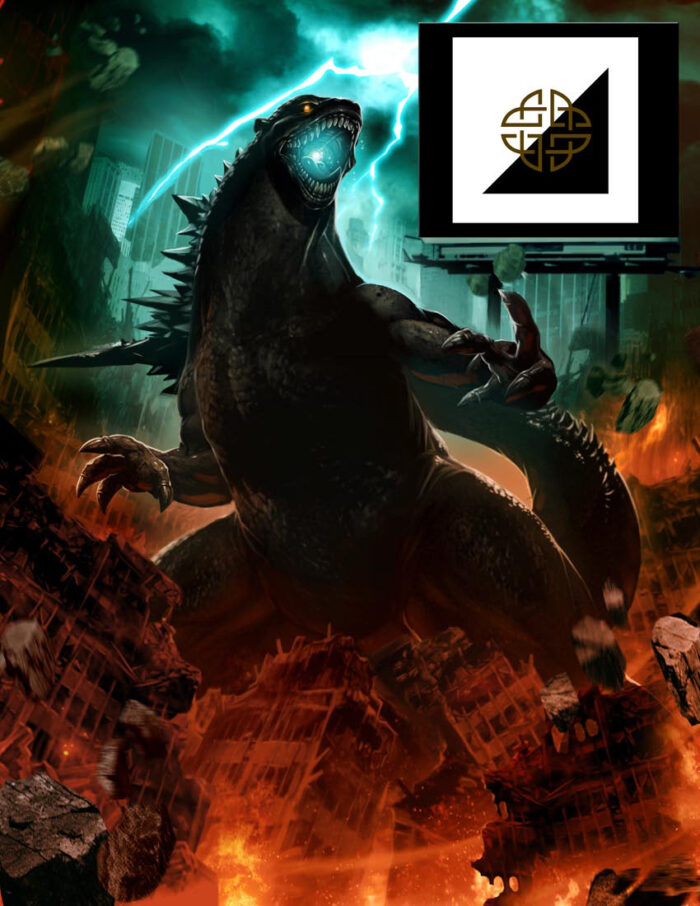 Overall after I watched it I thought it was movie, really enjoyed it. However it has plenty of flaws, they’re flaws I thought I could overcome but it made me question how people could hate on the 1998 Godzilla film when the whole franchise is full of flaws and overall silliness. IT is more of a “Godzilla vs MUTO” and not “Godzilla”, I don’t mind Godzilla sharing the screen with MUTO or MUTO getting most of the story since Godzilla would obviously be in other films and MUTO was dang cool and will likely be its only chance to shine. However a solo Godzilla movie could’ve been so much better and it’s what I wanted, it’s also why Shin Godzilla was a better movie.

The film Monsters from the same director builds tension so well, and before that we had Cloverfield that also built up something awesome but both movies decided to end there for various reasons and it kind of sucks, it left you wanting more and that’s what I thought a solo Godzilla movie could do. give us the big reveal that those movies couldn’t and this movie doesn’t really do that. Sadly the anticipation is not done as well as it was on Monsters and it sucks since him fighting a monster had more to do with the backlash of Godzilla 1998 not fighting another monster, the same way that Superman fought the whole movie in Man of Steel because of backlash from Superman Returns. 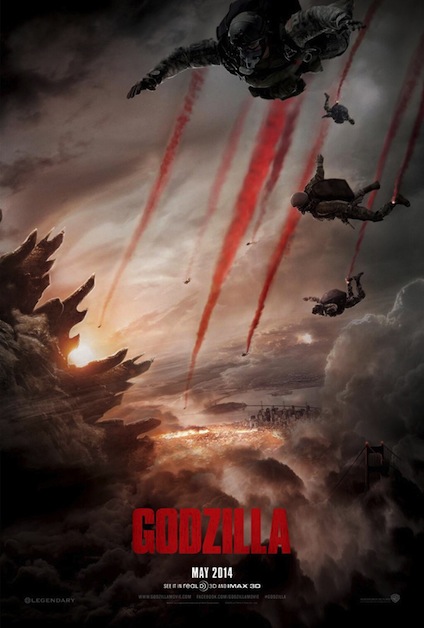 Dr. Ishirō Serizawa had some cringe worthy dialog at times, there were at least three times were I thought that it was dialog straight out of a Showa era film. I accidentally got the death of Joe Brody’s spoiled 2 hours before seeing the movie accidentally reading an article online. It was my fault though and he had great scenes though and while his son wasn’t a bad character, he wasn’t as good and made me wish we had gotten more of Crantson. The fights needed more noise too, I didn’t feel the “hits” as much because it was pretty god damn silent during the fights which sucks since that would’ve made the movie so much better. Similar complain Godzilla’s roar was seen as too unrealistic? Why not have him have a bigger roar? That’s a big part of the character for him to have such a low roar was very disappointing 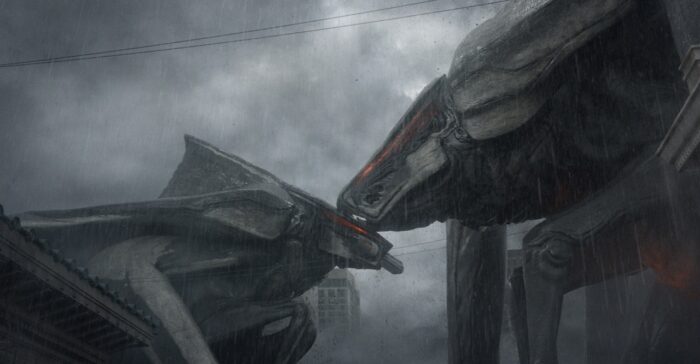 As far as the design in Godzilla, I hated it since the leaks and in the trailers as well, however in the movie it worked, I never felt he looked bad and he looked intimidating. There was only one scene where I didn’t like how he looked and it was near the end because of he was just too big to look anywhere realistic and and the outdated “tripod” t-rex look didn’t work in that scene. 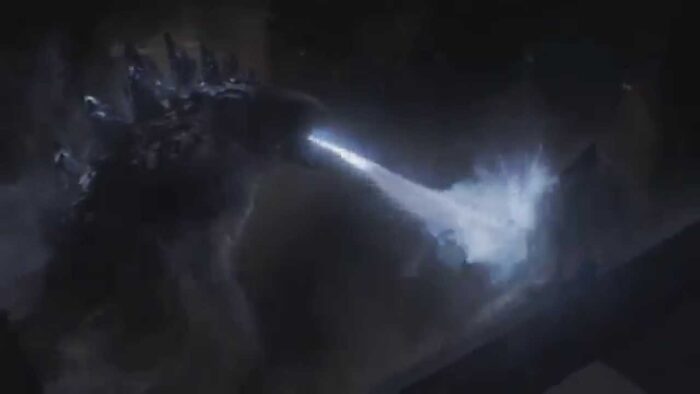 Godzilla and MUTO definitely looked CGI though, I don’t know what people in those reviews are watching to think they looked as real as suits, it might not look bad but it was clearly CGi. Godzilla fans can never be pleased, and I think it’s because a Godzilla fan includes everything from the hardcore GOJIRA ONLY to the ones who used to see English dub versions on marathons and that’s all they know about him to the super casual people who only know who Godzilla is, so they have an unpleasable fanbase. It’s been interesting to see the reactions to this film over the whole course. At first they didn’t even want to give them a chance and always mentioned how Godzilla should only be done by Toho but the studio slowly won them over. All the early reviews and test screenings were very popular but as more people saw the movie the complains have been rising. 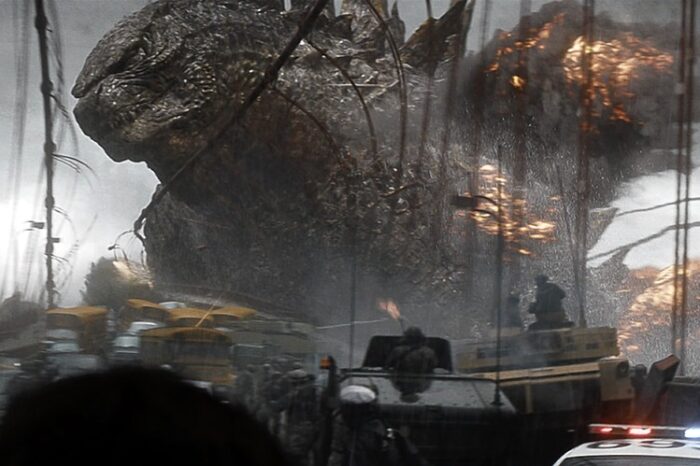 Some people complain by the lack of Godzilla, others for the human characters, others for the lack of action. But there’s no pleasing anyone, you can’t have too much Godzilla, he’s a giant monster you need human characters to have some sort of story, you can’t have a movie of only Godzilla. Ironically the hated 1998 movie has more Godzilla in it. Human characters being bad? Well in monster movies if the human actors are decent it’s an exception, most of them have terrible human characters but you need someone else to help pad out the movie, again the 1998 film while not as “serious” actually has human characters I like a more than here. And people complained that Man of Steel had way too much action? The whole concept of giant monster movies is cheesy and can be picked apart easily and we all have some things that we enjoy about them. 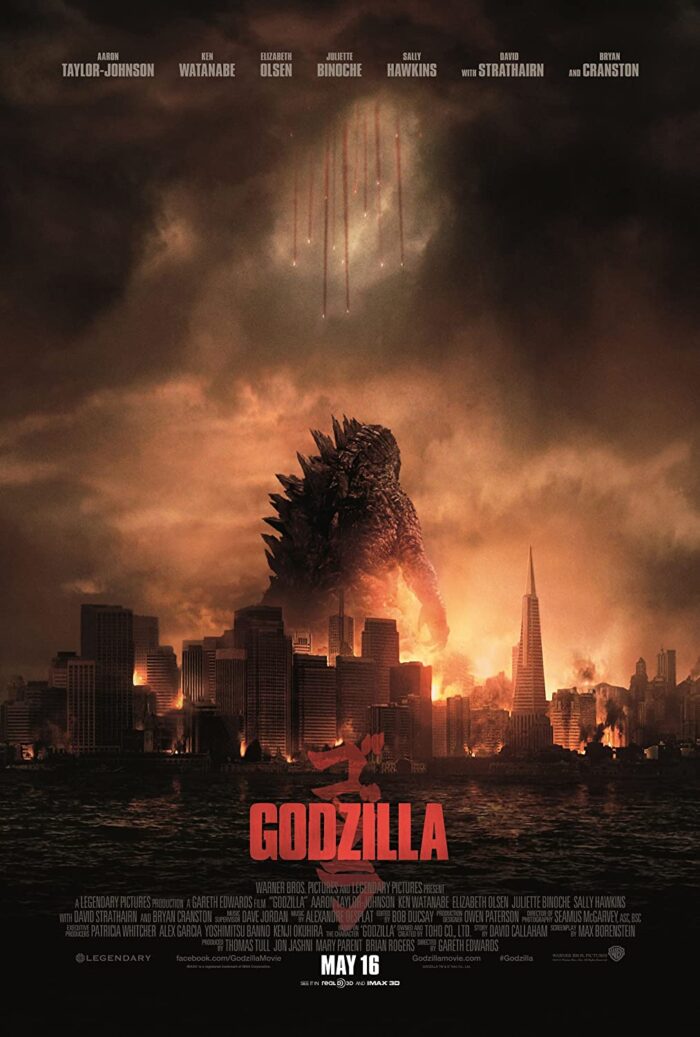 I agree the movie should be called Godzilla vs MUTO but it’s an enjoyable film. I’d actually would love to see a prequel where the events that are briefly mentioned happen. And since I”m bringing up the 98 film, it’s definitely cooler to see Godzilla in NY than in California, too bad they wanted to avoid NY in this film. Ironically the hated 1998 movie has more Godzilla, better characters. These were first impressions but as more time passed the less forgiving I was with the flaws of the movie, especially when Shin Godzilla actually delivered with everything I wanted from this movie. I had a chance to watch the movie for free a second time in theaters and skipped on it. So perhaps it wasn’t as great as I thought.