I’ve talked about Neon Genesis Evangelion before and my thoughts have changed a lot every time I’ve watched it. I thought the idea of a movie refining the original anime would be a great thing and then I never bothered to keep up with the crazy releases. When the final movie was finally confirmed to be released in streaming, I got redy for it and started Watching the rebuild of Evangelion movies for the first time. Overall? The movies are fine, not different enough to be exciting not bad enough to dislike.

The dub is ok, doesn’t feel as good as the original Neon Genesis anime or Netflix one but I wouldn’t say it’s bad. I’ll start with 1.1.1. You Are (Not) Alone. It’s over explanatory, at least more than the actual show which is not fun. Rei’s boobs seem upgraded however. The animation is really nice, but I’d still say I prefer the look of the original. The first movie really is a literal recreation of the first few episodes so it feels a bit redundant if you already watched it on the tv show and also in most ways not as good as the individual episodes. I had just watched it right before this one so it was way too repetitive for me. With that said, perhaps it’s good for someone new to Evangelion who had never seen the original show, they explain things better than the episodes do and it does flow well unlike say the death and rebirth movie which was supposed to be a summary of all the events. Some of the changes are weird like having Misato show Shinji Lilith, they don’t do much with those changes like you think it should’ve happened. But I like the parts that are different. It does feel like a remake, though the first thing I thought when it opened was End of Evangelion with the red sea. The battle at the end doesn’t seem epic enough to be a final fight for a movie, but the ending hook works. 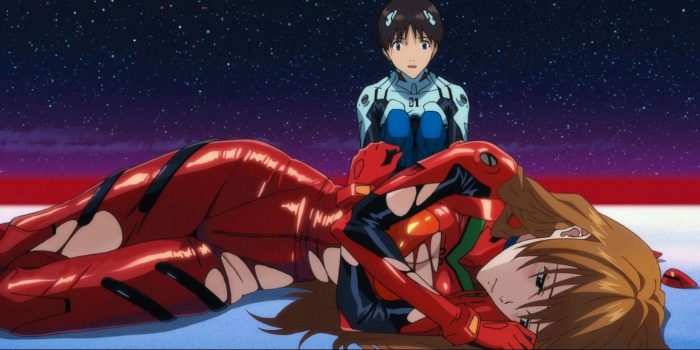 2.2.2. You Can (Not) Advance The Second movie takes a different direction which is good but makes you wonder why the first was basicaly a 1:1 remake of the original anime. Did they always plan this or did they realize they didn’t want to just redo the Eva series anymore? It would’ve been more exciting had the first part been different as well and not just the later movies. There’s not too much emphasis on the angels being threats here and the mystery angle isn’t played as much. This actually makes it feel a bit boring. The Remix of the episodes is better than a rehash but they aren’t handled very well either so it’s hardly better. At the very least the end of the movie has a better final fight and ending. 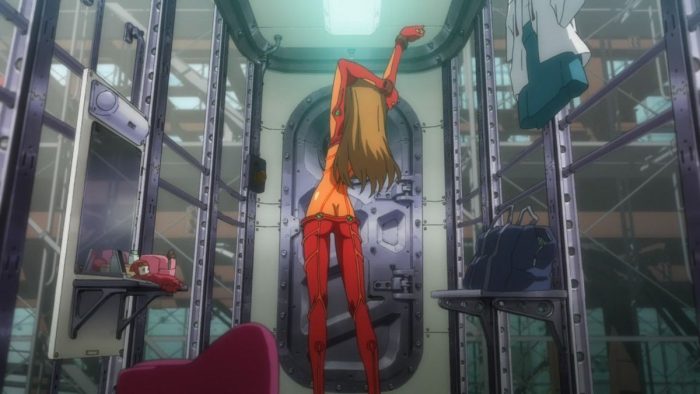 I do think the second film requires some knowledge of Neong Nenesis Evangelion unlike the first one. At least to understand the relationships of some of the characters. If you hadn’t watched the anime it’d be hard to follow. The new Eva pilot feels like a bad replacement for Asuka so far. In hindsight, the ending of the second movie actually is more interesting after you watch the third movie better with the third movie.

3.3.3 You Can (Not) Redo I hadn’t liked the rebuild movies too much but starting with this one I felt conflicted. It feels almost like a sequel to End of Evangelion and in many ways I feel this is what the first movie should’ve been based on the direction they ended up taking the rebuild movies. This film is clearly not made for newcomers, so unsure what that first movie was even trying to accomplish since it’s basically nothing. Even so, it still doesn’t feel as solid as the actual anime but it’s cool to be bombarded by the new revelations and information nukes they keep throwing at you. In fact this movie feels like some of the final episodes of the original show.

A Shinji vs Asuka fight was overdue and good to finally see it. Mari seems cooler here but again we never got to know her much, and while I guess that’s true for most characters at least we had the anime for reference. In many ways this movie almost feels like an OVA that disregards continuity to tell a kick ass story.

3.0 + 1.0 Thrice Upon a Time it begins as something totally different than what #evangelion is supposed to be since it’s all action from the beginning. The music is really cool as is the scenery. The movie is really long but at least it gives time to understand what’s happening, almost as if it were a show with various episodes. 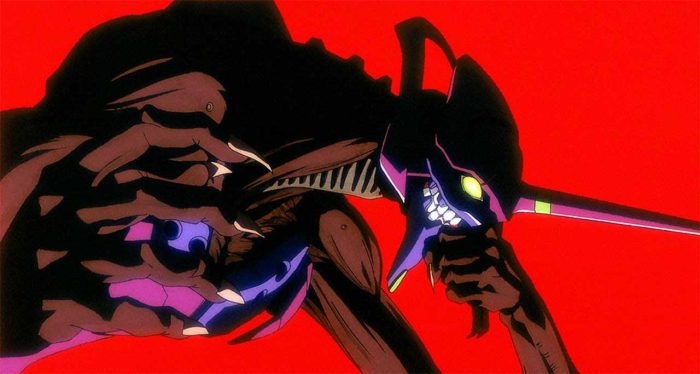 I do think that If you watch the Rebuild of Evangelion movies before the Neon Genesis anime you will be lost.. But then again you will also be lost if you watch the tv show for the first time if you aren’t googling what is actually happening so I guess it’s not different in that aspect but it still feels like the explanation is that it’s a sequel story. I still think it works best as a continuation but it could definitely be checked out first, I wonder how that would feel. 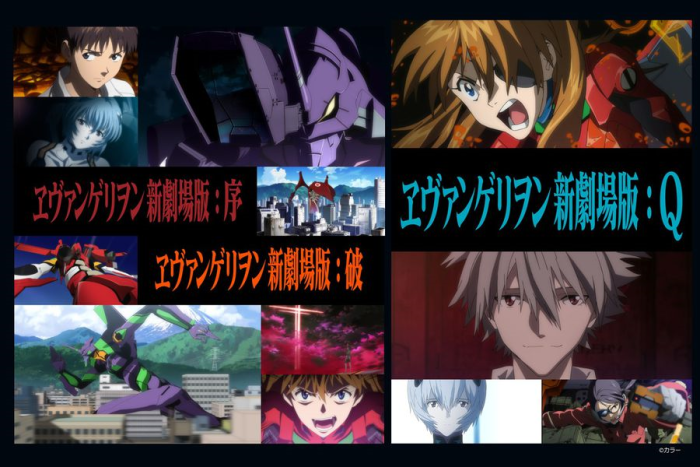 Overall I think the movies are alright, perhaps they’re better upon a rewatch. With the anime you need to watch more than once to understand what’s going on. I wonder if the movies get better in later viewings like the Neon Genesis anime.

The movies do have too much action which the original didn’t need. I do appreciate all the confusing sh-t that needs a few rewatches to fully understand. I wouldn’t say it’s better than the original but I won’t complain that it’s horrible. The new movies do feel a bit redundant, but at the same time the last two do add new information which is definitely cool and neat since they’re sequels to End of Evangelion. Though it makes the first movie worthless, 2nd one for the most part as well. Not sure if they’re a good starting point since they’re just such oddities. I wonder if they stand alone better if you didn’t watch evangelion.