When we think of Barney the dinosaur, the I love you song is the first thing that pops up in your mind is the “I love you and you love me” song. We’ve taken a look at Christmas Barney Specials so it only makes sense that we should look at the holiday of love valentine’s Day. You’d think that the day of love and friendship would be an important holiday for Barney to celebrate, but in its 14 seasons only had one dealing with valentine’s day in Barney Home Video. So, if you wanted to have your favorite purple dinosaur friend teach you and celebrate Valentine’s Day you’re going to have to shell out some cash. 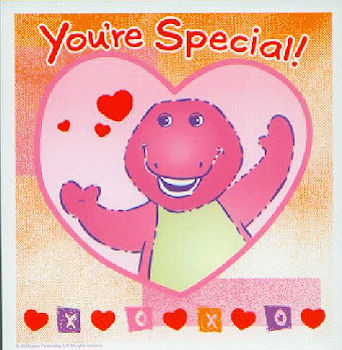 Luckily Barney did sell out to capitalism in other ways for Valentine’s. They made one children’s book titled “HugsBarney’s Happy Valentine’s Day”. It features BJ, Babybop alongside Professor Tinkerputt, Mr. Tenagain and Mr. Peekaboo, Mother Goose, Old King Cole, Stella the Storyteller, Scooter McNutty, and MIss Etta Kettewhich apparently is a big deal in the Barney fandom. 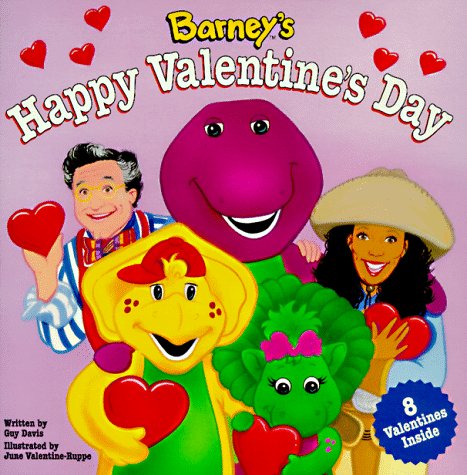 Fret not, you could also find Barney the dinosaur Valentine’s day cards back in the day. I’m guessing those were only traded if you were in kindergarten because any grade later after that it was sure way to get beaten up. Worst of all I’m sure I would’ve asked for these as a kid had there not been cooler Jurassic Park valentine cards available. 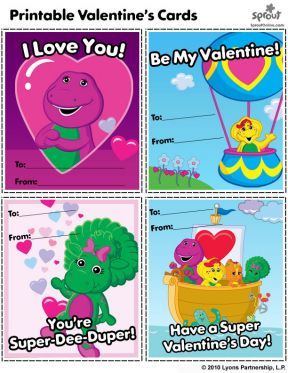 The actual video is about 40 minutes long so it’s definitely a special. The plot revolves around Barney getting invited to the castle of The Queen of Hearts for Valentine’s Day. Barney of course takes the random kids who were with him with the help of imagination.
I’m glad they have a random comment to lampshade / explain why the rest of the castle crew is not visible and it’s pretty lonely in there. That’s more than most tv shows or cartoons do, I mean who even does that for the intelligence of the viewer? Barney does! 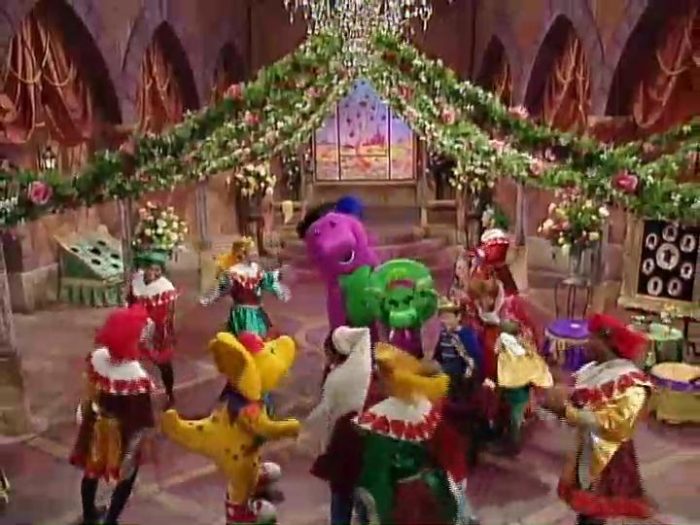 The special has no mercy at it attacks you with song after song, including the exclusive song Love is the Reason for Valentine’s Day. God may have mercy on our souls as we endure 17 different songs during the special.It also took its sweet ass time to get out as well, it wasn’t until the year 2000 that it came out. It came out with a few releases including VHS and DVD with some being lucky to include coloring page bonus for more bang for your buck. There’s another video that was blockbuster exclusive called Barney’s Valentine Adventure but it only includes clips from this and other songs. 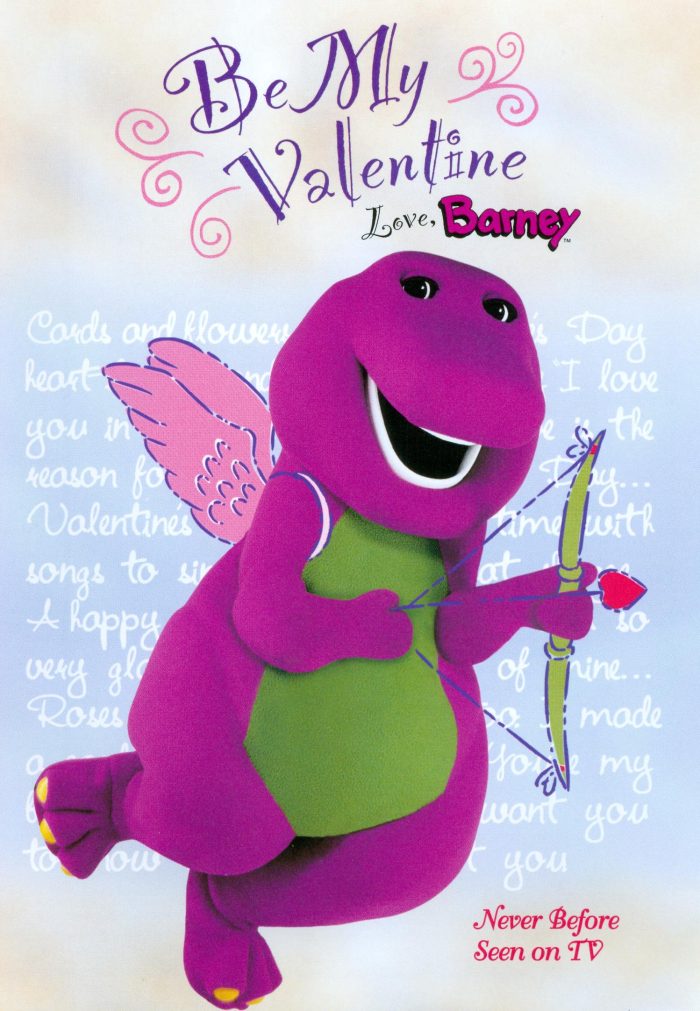 How do they even come up with the song/ Valetine Butterflies? Worst of all some are damn catchy. I can see myself jumping to them as a little kid. BJ and Babybop show up since they were also invited but not even them can change the special too much as they don’t do much. All the happiness from everyone makes me a feel a bit sick, too much joy for this jaded individual. The kids give her a heart that says “Thank you so much, today is really neat. Happy Valentine’s Day, we think you’re sweet” That’s apparently the nicest Valentine’s Card the Queen of hearts has ever received. 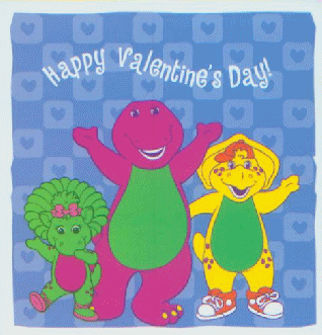 They make remarks of eating too many cookies and junk food but not that it’s bad, then it’s implied that somehow the Queen took the cookies by the shock of one of the kids but she only brought them so they can all eat their own cookeies they made, she mentions she helped decorate and added a few more but it seems suspicious. I guess Barney got in on the action since his plush toy at the end seems bigger/fatter than normal but at least with this Barney the dinosaur is my Valentine this year. 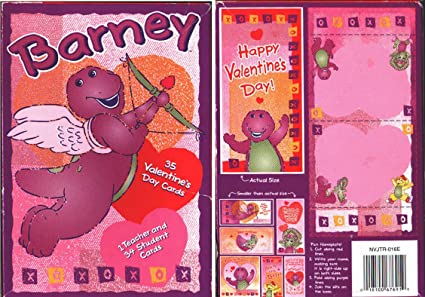 Now while doing this “research” I found out that Barney actually had a dimension hopping crossover with Dorothy the Dinosaur from the Wiggles. I have no idea what that show even is but the suits look even cheaper. Apparently it was a Valentine’s Day special crossover where Dorothy sang some songs with Barney. 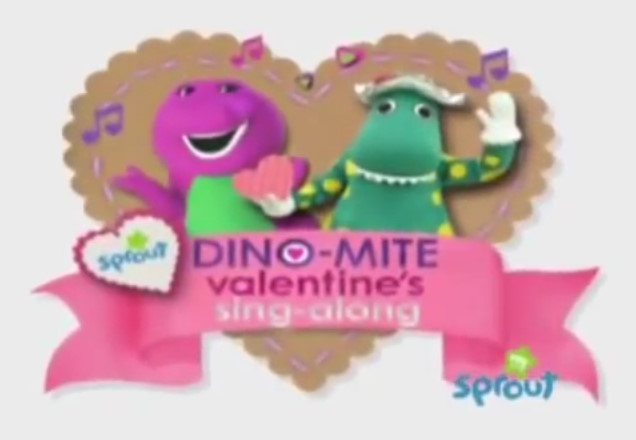 With this we get a little further in checking out all of the Barney the dinosaur content. This is frankly a project that I might die and not finish at the current pace but not sure if I can get more done. The video is full of trailers for all the other Barney Video releases that exist, both before and at the end, none of them look like they have much content but the trailers make them appealing enough as if they’re adventure filled.